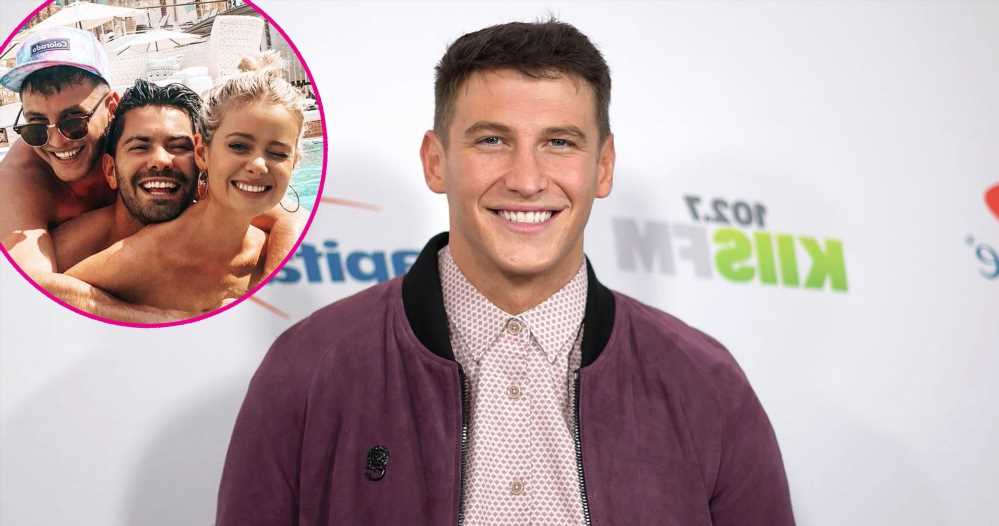 Blake Horstmann Jokes He's in a 'Throuple' With Hannah G. and Dylan Barbour

Now that it’s over we can laugh about it. Blake Horstmann joked about his former love triangle with Hannah Godwin and Dylan Barbour after reuniting with the couple in Las Vegas.

“Throuple goals? 😂 #whowouldathought #threesacrowd #itonlytook2years,” the former reality star, 32, wrote via Instagram on Wednesday, July 14. He paired the caption with a couple of photos of him and the duo giggling in the pool. Due to the camera angle, it looked like no one was wearing a swimsuit.

Hannah, 26, and Dylan, 27, played along in the post’s comments section. 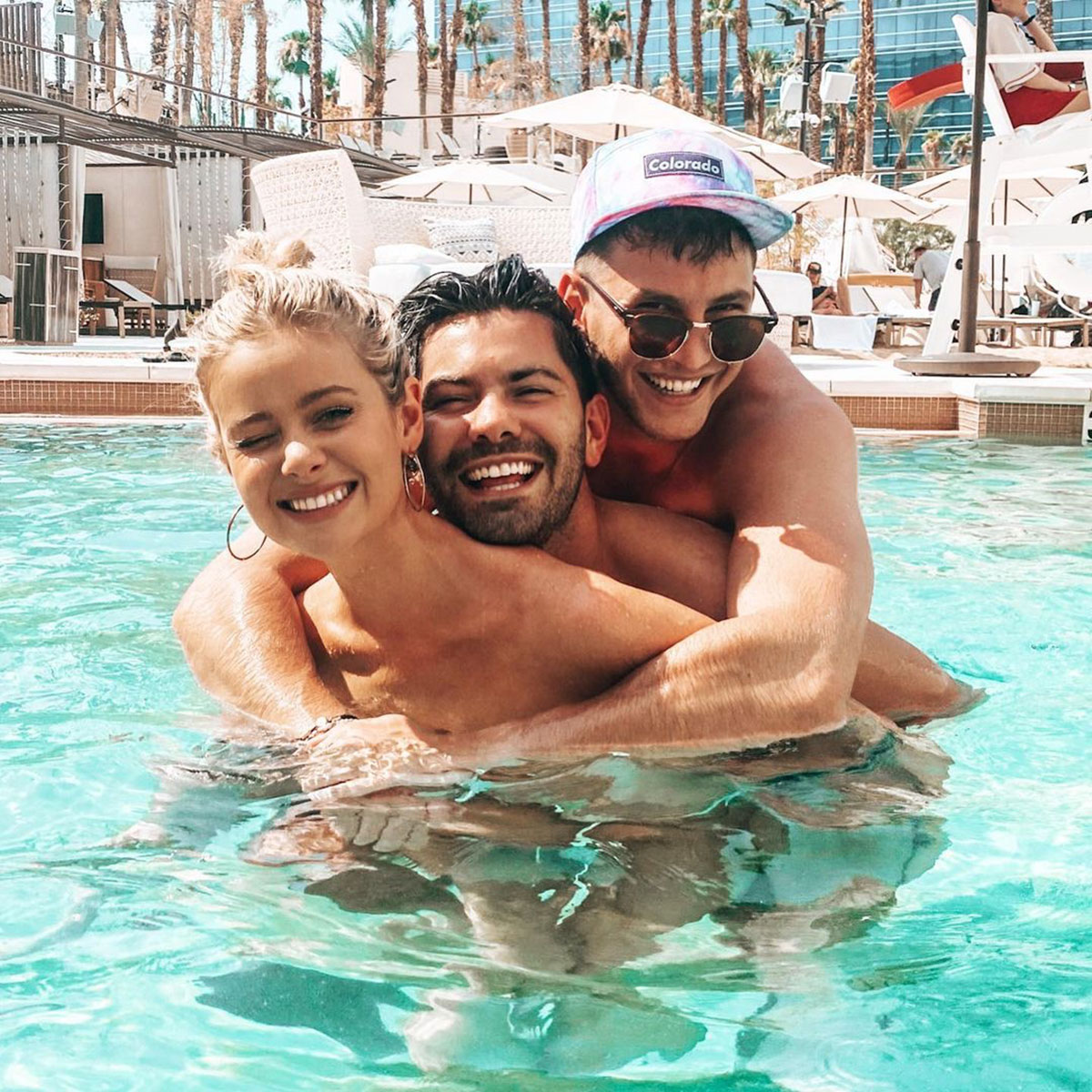 “ABC is trembling,” the fitness company cofounder said. “I missed this scene on BIP,” the model added.

However, some members of Bachelor Nation weren’t totally game for the reunion.

Jason Tartick also chimed in, admitting that — while the situation was odd — he approved of the trio. 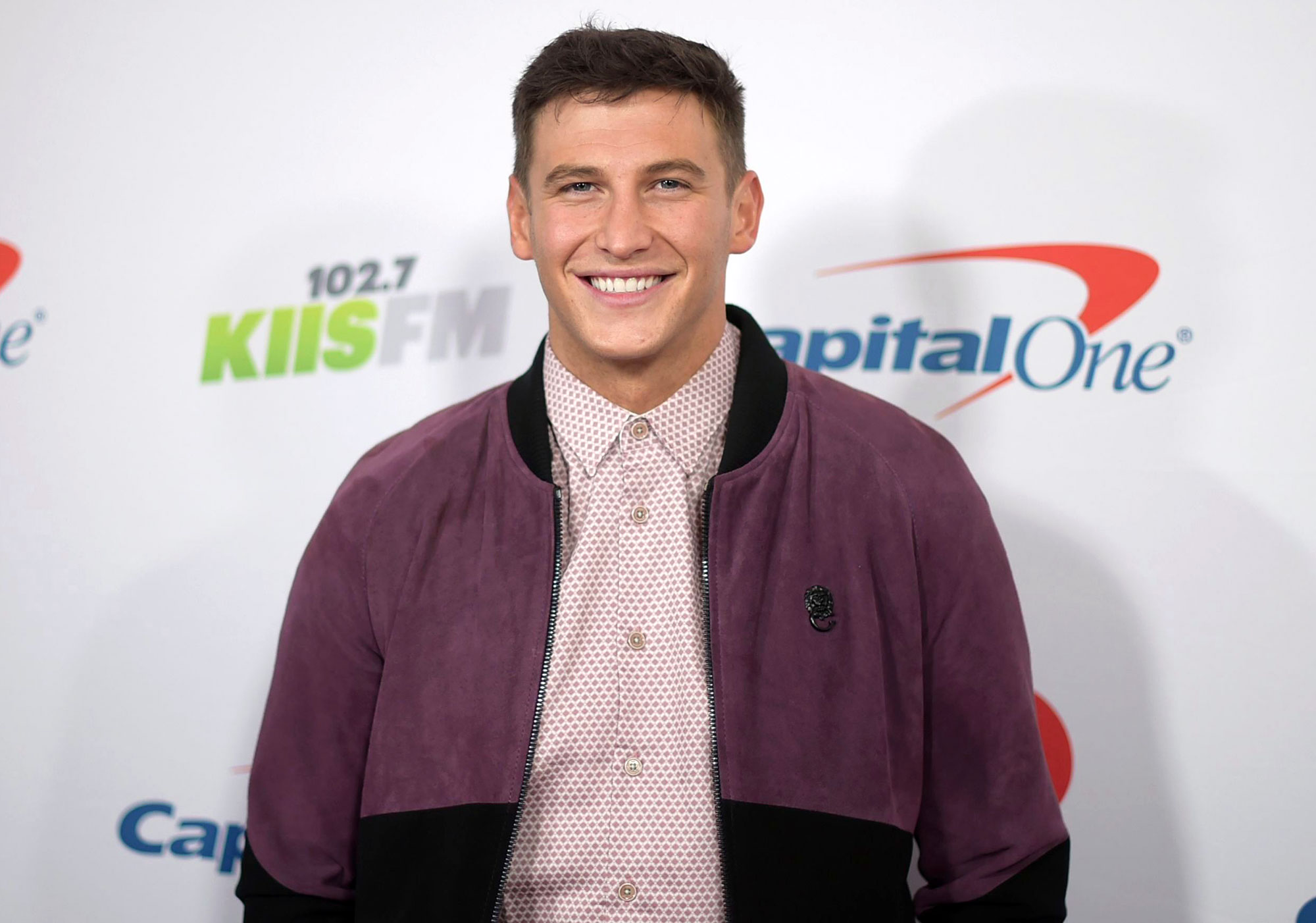 “The Bachelor world is just so strange and I’m so here for it!” the banker, 32, wrote.

During season six of Bachelor in Paradise, both Blake and Dylan competed for the affections of the Alabama native. Drama unfolded after Blake admitted on air that he visited Hannah in her home state a week before filming started.

“I am here for her and I’m pursuing her, man,” he told Dylan during an August 2019 episode of the show, causing the San Diego native to call him a “psycho” under his breath.

Nevertheless, Dylan and Hannah ended the show with an engagement and are still going strong. In November 2020, the duo officially moved in together.

“Forever roomie,” the Bachelor alum wrote via Instagram at the time alongside a cute snap with her fiancé. 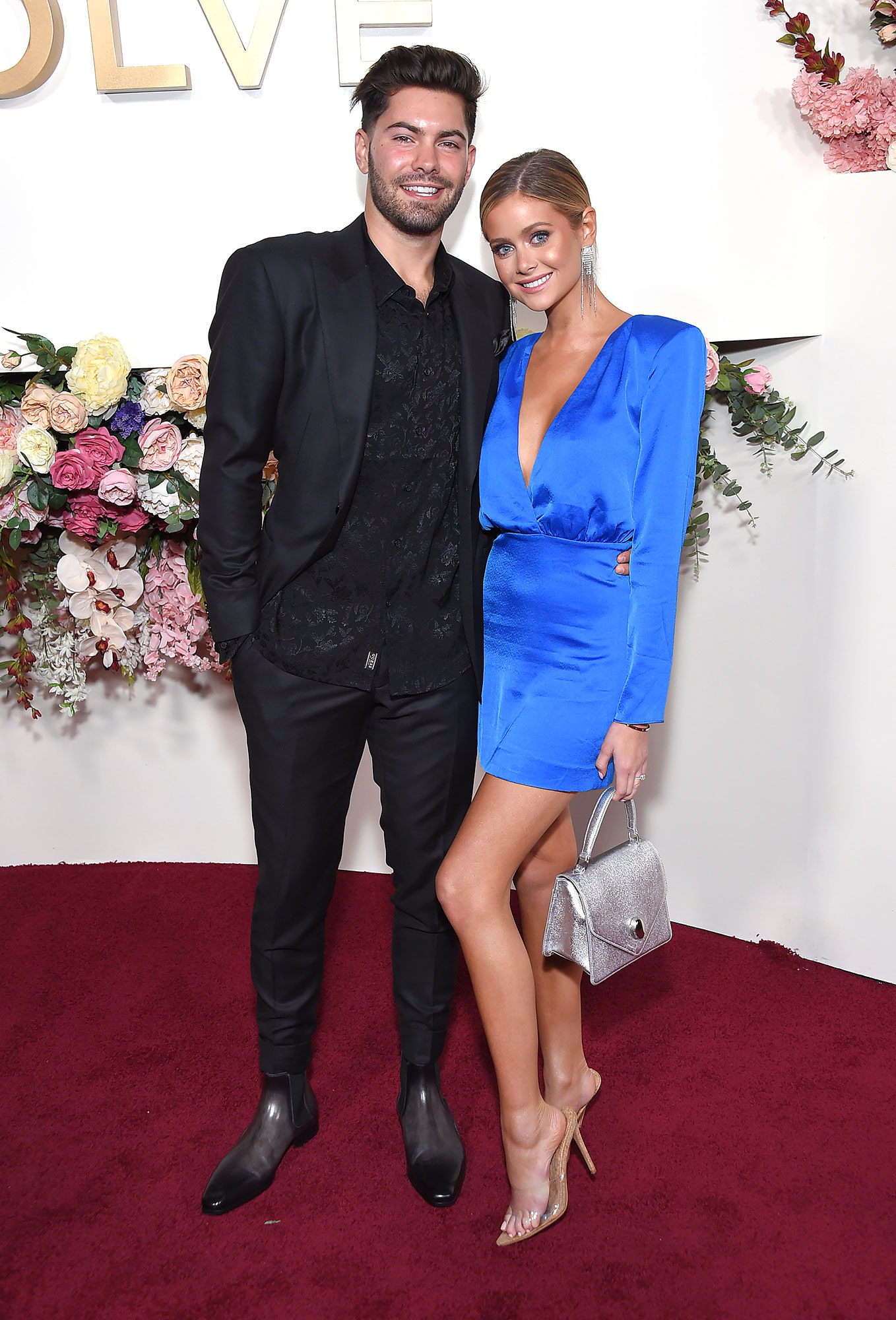 Blake, for his part, didn’t end up finding love on the show. While he almost had another shot, he revealed earlier this month that he chose not to return for the series’ seventh season.

“Ya know it was close. I went through some testing etc. but at the end of the day, I didn’t feel it was right for me,” the Colorado native wrote via his Instagram story on July 1. “I am in a good place in my life. Personally, professionally and mentally. I didn’t want to go back into an environment that breeds toxicity and emotional abuse. I didn’t want to put my life in the hands of people that don’t really have your best interest in mind. It’s like having a coach who pushes you to do the wrong things 😂.”