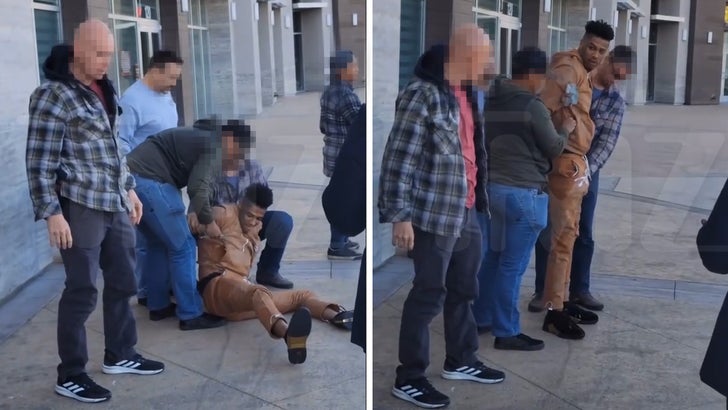 6:18 PM PT — TMZ just obtained video of the moment cops swooped in on Blueface and made the arrest. 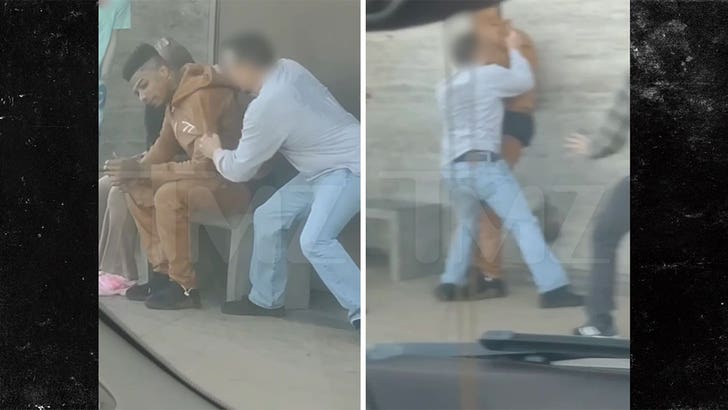 In the footage, you see Blueface and his GF sitting on a bench looking at their phones when all of a sudden a swarm of undercover officers run over and grab him and throw him against a wall.

Blueface was arrested for attempted murder … and TMZ has video of the bust.

The rapper was taken down and cuffed Tuesday outside Lo-Lo’s Chicken & Waffles in Vegas … in what appears to have been an undercover operation. Eyewitnesses tell us 6-8 officers were in on the arrest, parked in unmarked cars. 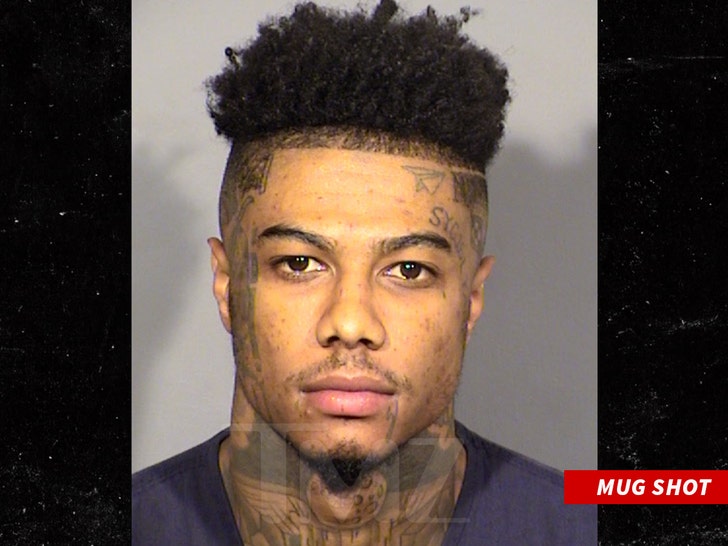 As you see in our clip … they all piled on to detain him as a crowd formed. Blueface’s girlfriend, Chrisean Rock, was also there, and looked just as confused as everyone else.

Cops on scene said they were executing an open warrant for his arrest. TMZ has obtained legal docs connected to the warrant, and the charges are serious … felony attempted murder with the use of a deadly firearm or tear gas.

He’s facing an additional charge of discharging a gun into a house, building, vehicle or craft.

The incident that got Blueface arrested occurred October 8th.

Monica Vinader's Black Friday Sale is here with 30% off SITEWIDE