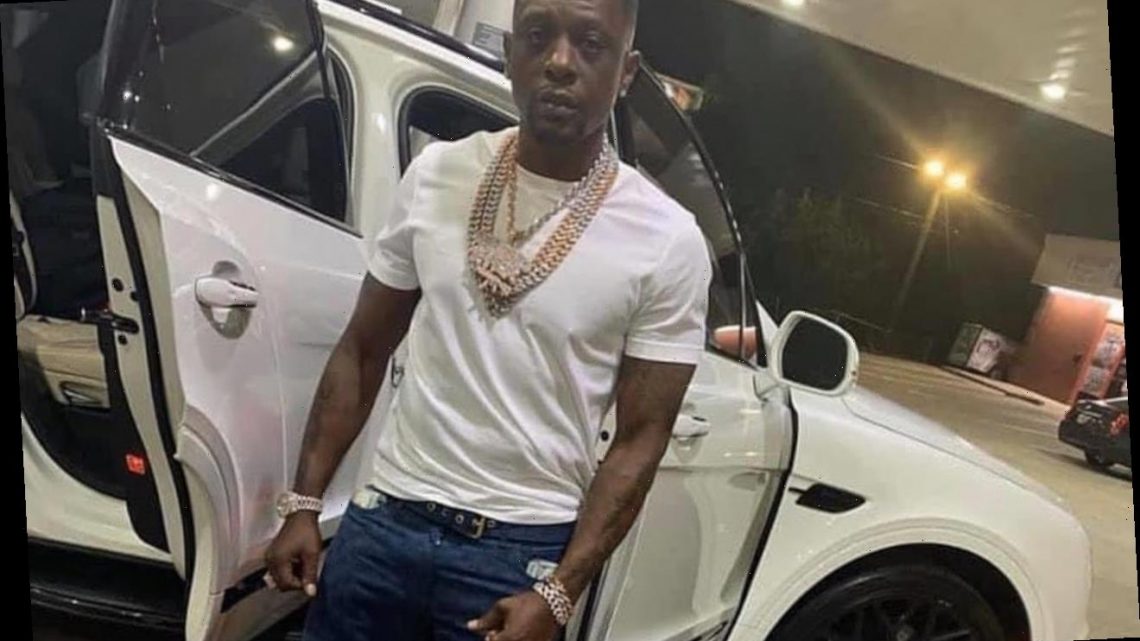 The ‘Wipe Me Down’ rapper goes live as soon as he announces his new account under the handler @HesBackAgain2021 after his old page was deleted for posting a video of him slapping a man.

AceShowbiz -Boosie Badazz (previously Lil Boosie) is already back on Instagram, less than 24 hours after his old account was shut down. Making use of his Twitter account, he announced on Sunday, March 29 his new account on the photo-sharing platform under the handler @HesBackAgain2021.

“My New Ig @HesBackAgain2021 I’m Live Now,” so he tweeted. Fans of Boosie quickly rushed to follow his new account and were tuning into his interaction with comedian Lil Duval on the Live. Duval, who was rolling a joint and smoking it while conversing with the rapper, invited Boosie to do a stand-up comedy show.

Prior to this, Boosie called out Mark Zuckerberg and accused him of being a “racist” for deleting his Instagram account for the second time. “@zuck u just a racist,” so he tweeted earlier on Sunday.

The deactivation came after Boosie posted a video of him slapping a man. Last week, the Baton Rogue native posted an invitation to anyone who wanted to appear in his new music video for his and DaBaby‘s recent collaboration, “Period.”

The catch was the individual would have to be willing to get hit in the face on camera. The 38-year-old star offered to pay $554 for their participation in the music video in return. “I got $554 dollars [for] whoever let me slap the fuck out them on the ‘Period’ video,” he said. “I wanna come on that b***h, n***a playing with me, I’m just going to bat him. BOP! But it got to be real though.”

He repeated the offer in the caption, “Period ‘video shoot’ I need 3 smacks cross yo s**t for the video for good camera angles #pleasehelpmeout DM me if u trying to get the 554.”

Apparently Boosie’s offer got responses from several people who were willing to be slapped by the rapper for money. On Saturday, he posted a clip showing a seemingly intoxicated man walking up to Boosie and DaBaby in a gas station and saying to Boosie, “You one of these punk a** rappers and you can’t rap. How you gonna tell me you a goddamn rapper?”

Boosie, acting angry, smacked the man fairly hard and yelled at him, “What the f**k wrong with you man!?” He later kept his promise though, and paid the man $554.

It wasn’t the first time Boosie got his Instagram account deleted for his controversial content. Back in 2020, his other account was also shut down after he got a woman naked during his Live session. He also blasted Mark for the deactivation at the time, suing the media magnate for $20 million for racial discrimination.