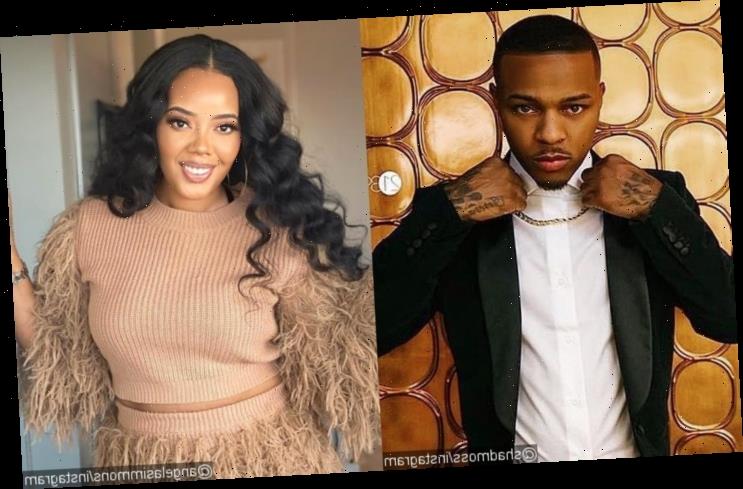 Bow Wow and Angela Simmons Fuel Dating Rumors, But Are ‘Taking It Slow’

A source from ‘Growing Up Hip Hop’ production suspects that the ‘Shortie Like Mine’ hitmaker and the daughter of Rev Run are officially an item, because they ‘stayed close’ after filming the reality show.

AceShowbiz -Rumors linking up Bow Wow with his former girlfriend Angela Simmons romantically just won’t die down. The pair are reported to be officially dating now despite Angela’s persistent denial, but they are “taking it slow.”

Dishing on the two reality TV stars’ alleged relationship status is a source from “Growing Up Hip Hop” production. The so-called insider suspected that they’re dating because “after filming Angela and Bow Wow stayed close.”

The source additionally tells MTO News that the alleged couple’s relationship would be one of the storylines in the next season of the WE tv series. “And I heard their storyline for next season is that they’re a couple,” so the source claimed.

Bow Wow and Angela have hinted at this development in their storyline with their flirty interaction in an upcoming episode of the show. At the wedding of Angela’s brother JoJo Simmons to Tanice Amira, Angela’s mother Valerie Vaughn kicked off the discussion by saying that Bow Wow could marry Angela, and “then have a 9-year-old and a 3-year-old.” She is referring to Bow Wow’s 9-year-old daughter Shai and Angela’s 3-year-old son Sutton Joseph Tennyson.

Seemingly embarrassed, Angela tells her mom to stop talking about the issue, but Bow Wow doesn’t mind with it. “It ain’t too late! Anything can happen, you never know,” he responds, apparently liking the idea. He then turns to Angela, saying about the wedding, “Next year, this will be us!”

Later in a confessional, Bow Wow admits that he tries to “reconnect” with Angela while attending the wedding. “Our bond is so tight, that no matter what it always comes back,” he gushes about their relationship.

Angela herself doesn’t shut down the possibility of her reconciling with her ex, saying in a Thursday, March 3 episode of “GUHH”, “Bow has definitely grown as a man. You never know. Me and Bow may or may not date again. At this point, we’re just friends- so, we’ll just see.”