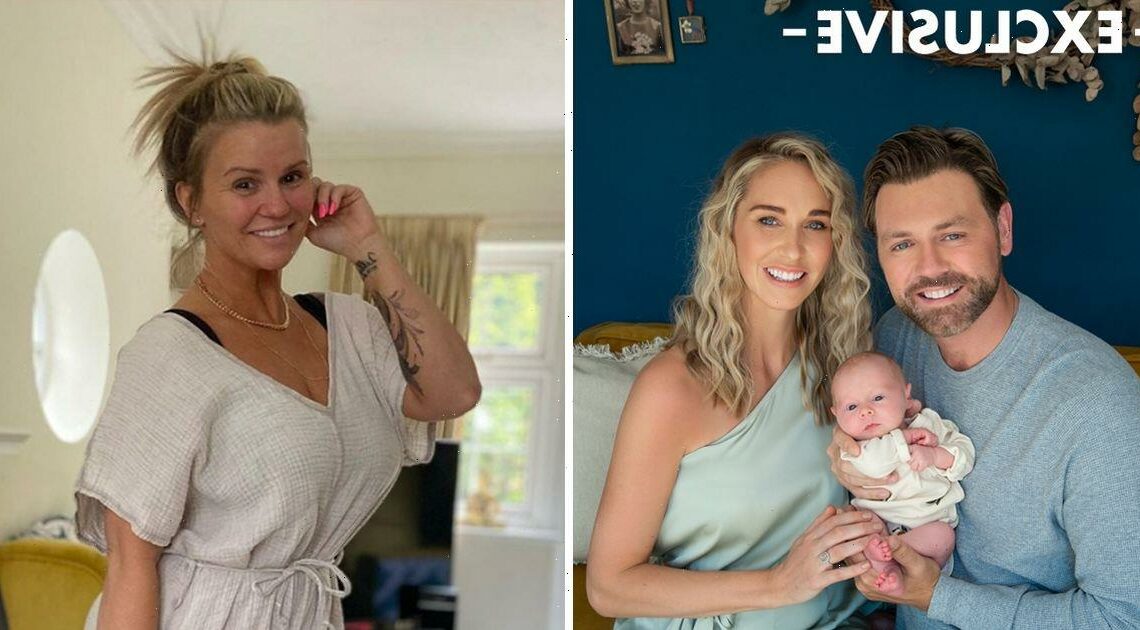 Brian McFadden has revealed the cute gifts ex wife Kerry Katona has sent him for his new baby with fiancée Danielle Parkinson.

During their exclusive interview with OK! Magazine, the couple introduced baby Ruby Jean McFadden, who was born in May.

As part of the chat, Dani explained that Brian's ex wife, former Atomic Kitten star Kerry Katona, sent the happy couple some beautiful gifts ahead of the baby’s arrival.

Dani explained: “She sent us some clothes quite a way into my pregnancy, once we knew everything was okay. She’s also sent us some lovely messages and said how happy she is for us and been really lovely.”

Brian shares daughters Molly, 19, and Lilly-Sue, with Kerry, 18, and the couple have coparented the girls since their marriage broke down in 2006.

The singer said that his daughter, Lilly-Sue, had met her new baby sister and was smitten.

“She had a cuddle and was amazed at how small she is, because she’s tiny,” Brian explained. “Molly has been bogged down with college work, so she hasn’t been able to get over from Ireland yet, but we’re hoping in June or July she will, as we haven’t seen her or my parents since Christmas.”

Molly lives with Brian’s parents in Ireland, where she currently studies and the singer added he is hoping for a family get together soon.

Kerry has already gushed about Brian’s new baby, proven her and Brian are friendly exes as she congratulated him on his latest arrival in her new! magazine column.

Referencing the couple's devastating previous miscarriages,the 40-year-old wrote: "A huge congratulations to Brian and Danielle – I wish them both the very best. I know they've spoken about how difficult they found it to conceive.

"She's a miracle baby, and I'm really happy for them," the mother of five added.

Kerry also opened up about Lilly-Sue’s visit to see her little sister. She said: "Our Lilly went to see them last week, and I saw pictures and videos that Brian had sent the girls of their new arrival. She's absolutely stunning," she wrote.

Brian announced baby Ruby’s arrival in May with a sweet snap on Instagram.

The singer shared a sweet black-and-white snap of his 39 year old other half dressed in a pair of jogging bottoms with a hoodie, white trainers and beanie hat on as she went on their first stroll outside.

In the caption, he wrote: "Mammy, Daddy and baby out for our first walk together.

"It’s been the best week of our life @daniparky," followed by a red heart emoji.