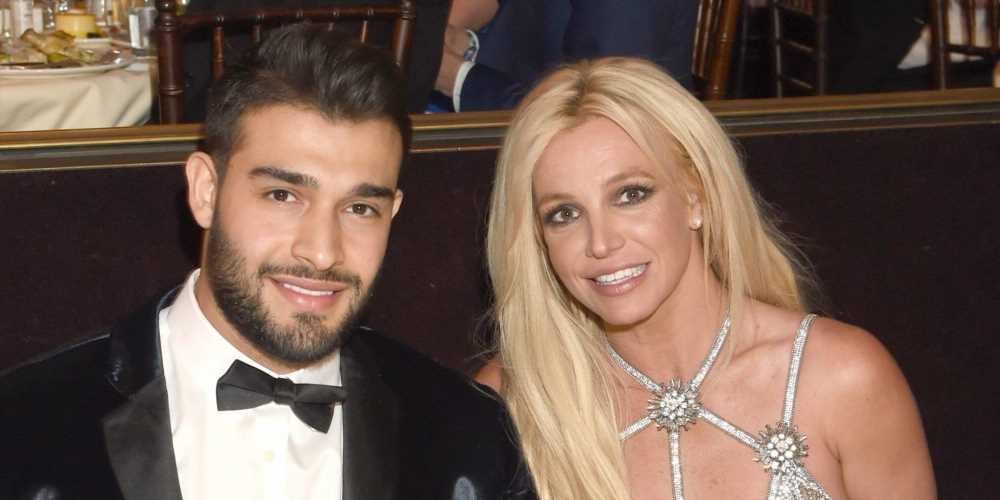 An engagement might be on the horizon for Britney Spears.

This week, the pop star's boyfriend Sam Asghari was photographed browsing the jewelry cases at Cartier in Beverly Hills, which undoubtedly fueled rumors of an impending proposal. According to Page Six, at one point during Asghari's visit, a sales associate pulled out a diamond ring for him to take a closer look at, and in photos obtained by the outlet, he seemingly snapped a picture of it with his phone.

While the couple likely won't be tying the knot anytime soon, a source told Entertainment Tonight that they want to be engaged "badly." "Britney and Sam are an end game couple. But for them, it's all about timing," the insider explained. "All of their dreams for their relationship have been on pause due to the conservatorship. They haven't been able to progress like a normal, adult couple. It's like dating in high school. That's been their experience for the last two years or so."

Given the recent courtroom victories in Brit's conservatorship case, things are finally looking up for the pair. "They are ready to embrace that next chapter, and love each other without limits or without feeling like they are on a leash," the source shared, adding: "Naturally, an engagement is the next step. It's never been a question of, 'Will it happen?' It's always been about when."

They continued, "It's all very real for Sam especially, and engagement is on his mind now more than ever. He and Britney want that badly."

Back in June, Britney gave a heartbreaking testimony during her conservatorship hearing, and revealed that she can't even make decisions regarding her own body, stating that she's not allowed to have additional children, get married, or take out her IUD. "I have an IUD in my body right now that won't let me have a baby and my conservators won't let me go to the doctor to take it out," Spears said during the hearing. "I wanna be able to get married and have a baby…I feel ganged up, I felt left out and I feel alone. I deserve to have the same rights as anyone does by having a child and a family. Any of those things."