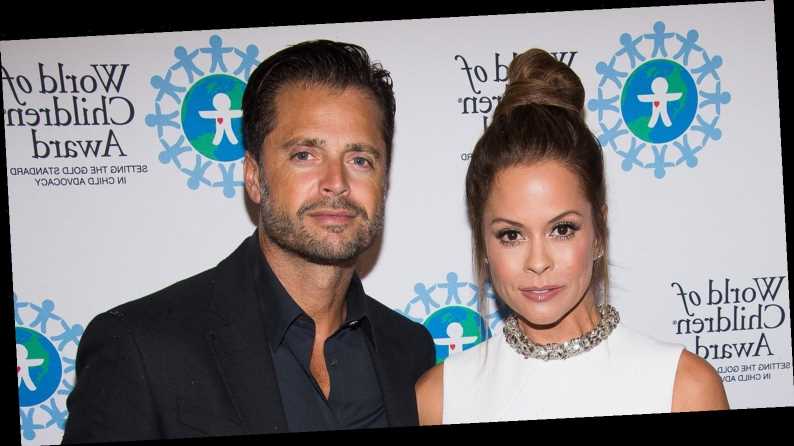 The former Dancing With the Stars cohost, 48, and the Melrose Place actor, 47, reached a settlement on Thursday, March 5, according to documents obtained by TMZ. Their amicable split left the exes with equal custody of their two daughters, Shay Braven, 12, and Heaven Rain, 13. Burke also has two daughters from her previous marriage to plastic surgeon Garth Fisher.

The documents reportedly state that the pair have decided to divvy up other assets evenly, including various properties in California, an extensive art collection and their shared business ventures. Neither Burke nor Charvet will pay spousal support.

Us Weekly confirmed that the longtime pair had separated in April 2018 after 12 years of marriage. Days after filing for divorce, the “Intimate Knowledge” podcast host admitted to being “deeply saddened” by the end of her marriage in a revealing blog post.

“I have struggled with trying to find worthy words to speak to this life change my family is going through,” she wrote at the time. “It took me a long time to differentiate between giving up and letting go, and even longer to recognize when it was time to do so … We are still a family full of love, simply redefining our dynamics. I believe this is a necessary decision for my entire family unit.”

The former couple have kept things cordial in the wake of their split and tried to focus on making their transition to coparenting as smooth as possible. Burke told Us in April 2019 that she felt “so lucky” to still have a “beautiful relationship” with the Baywatch alum.

Four months later, Burke was seen getting cozy with realtor Scott Rigsby at a Malibu club. A source told Us at the time that the “newish” couple looked “very into each other.” The pair made their red carpet debut in Beverly Hills that November, and the TV personality couldn’t help but gush over her new man.

“He’s kind and sweet and he’s a great dad,” she told Us. “We laugh a lot and it’s just nice to have someone to share life with right now. We have a lot in common. He’s a really good guy.”