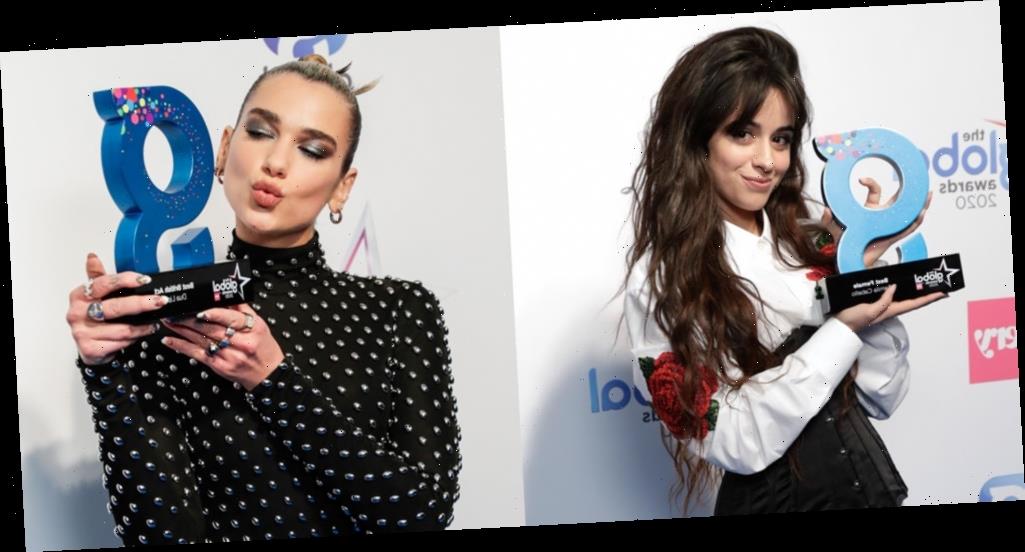 Camila Cabello and Dua Lipa show off their awards in the winners room at the 2020 Global Awards on Thursday (March 5) at Eventim Apollo, Hammersmith in London, England.

The two stars were among the winners at the event with Camila taking home Best Female and Dua winning Best British Act.