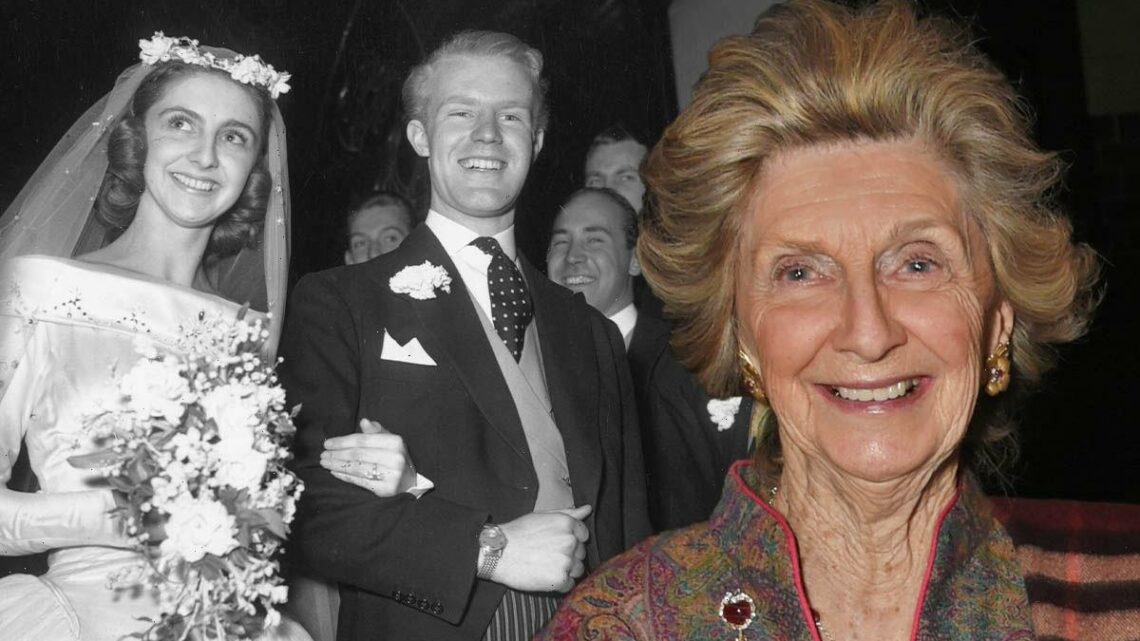 Jane Stevens, known as Janie Sheffield, was the muse of royal dressmaker Sir Norman Hartnell and was the former lady-in-waiting to Princess Margaret. Cara Delevingne’s mother Pandora Delevingne broke the news of her death.

Jane was the daughter of John Vincent Sheffield and his wife Anne Margaret Faudel-Phillips, with the socialite being born into high society connections.

Jane was a close confidant to Princess Margaret until her death in 2002.

Cara’s mother Pandora opened up about her late mum, saying: “She was stunning, elegant and had a great sense of fun.

“She was passionate about so many things.

“She loved horse racing and was really good at tennis, playing until two years ago. She’ll be sorely missed”, she said to The Daily Mail’s Richard Eden.

As Princess Margaret’s closest confidant, Jane was once asked to act as her driver when her chauffeur had called in sick.

She had never driven a Rolls Royce and as they were under the arch of Buckingham Palace, motorcyclists crashed into the side of the car.

Margaret told her not to worry, urging her: “Drive on, Janie.”

Her eldest daughter Pandora is married to Charles Delevingne and together they have three children, Cara, 29, Poppy, 35, and Chloe, 36.

Cara has become an incredibly successful model over the years and the British-born beauty is the face of a number of huge brands.

One of her latest campaigns is with RE:SUEDE which will test whether they can create a biodegradable version of their most iconic shoe.

For the campaign, Cara will be wearing the experimental RE:SUEDE trainer for six months, alongside 500 others taking part in Germany.

After the six months, participants, including Cara, will then send their shoes back to Puma, who then send these shoes to industrial composting experts Ortessa in the Netherlands.

The experts will then analyse whether the trainers can biodegrade in a controlled, industrial setting.

Cara recently took to Instagram to explain her involvement with the campaign in view of her 43.2million followers.

Alongside photoshoot snaps of her, Cara wrote: “Proud to be working with @puma on a journey that ties with my passion for the planet.

“I’ll be wearing the @puma RE:SUEDEs for the next few months as part of an experiment in biodegradability.

“Built to be returned and created with circularity at the heart.”

What are skin cancer signs and symptoms, what does melanoma look like and is it caused by sunburn?