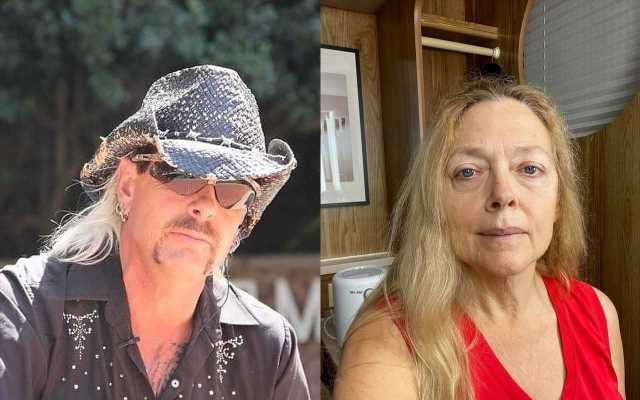 The Big Cat Rescue founder has taken ‘all kinds of precautions’ over safety concerns amid possibility of her ‘Tiger King’ rival being released from prison early.

AceShowbiz –Carole Baskin is taking “precautions” for the possibility of Joe Exotic being released from prison early.

The star admits plans are in place in case her fellow “Tiger King” star is released from his 22-year sentence – which he is four years into, after being found guilty of a murder-for-hire plot against her, and violations of animal welfare law – early, insisting she and her family have done “all that we can do to ensure our safety.”

She told Entertainment Tonight, “We have taken all kinds of precautions to protect me and my family and the sanctuary, and so, we may have to step those up even further, but right now we’ve done about all that we can do to ensure our safety.”

The Big Cat Rescue founder claims the Netflix show only told part of the story of how she has been intimidated by Joe and others.

The former “Dancing With the Stars” contestant said, “The public only knows about the murder-for-hire plot that happened in Tiger King. But these people have been threatening to kill me for years.”

“They don’t want me to talk about why these cats don’t belong in private hands, and they will do anything to stop me.”

Her new show, Carole Baskin’s “Cage Fight“, will explore how Carole and others – including some estranged family members of Joe’s – are seeking justice for the cats that they believe have been treated cruelly at the Greater Wynnewood Exotic Animal Park, which was founded and owned by the incarcerated businessman.

Neighbour never takes her dog out of the house, should I call the RSPCA?

The Amy Winehouse Auction Pulls In $4 Million, Including $250K For A Single Dress
Recent Posts