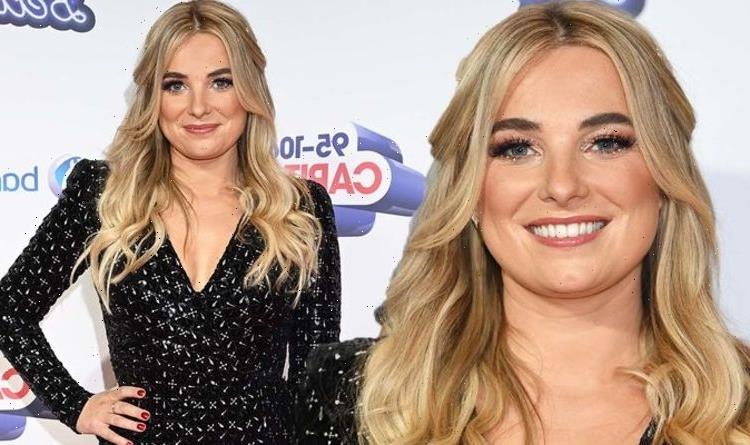 Channel 5’s former weather presenter Sian Welby rose to prominence thanks to her fun and engaging TV appearances. In 2020, Sian became a radio staple as the host of the Capital FM Breakfast Show, alongside Roman Kemp and Sonny Jay.

Speaking to Express.co.uk, Sian admitted she would be open to participating in reality TV.

The presenter did not rule out following in her co-host Roman’s footsteps and taking part in I’m A Celebrity… Get Me Out Of Here!.

She recounted watching the ITV programme when she was younger and longing to appear on the hit show.

Sian explained: “I don’t know if it’s just because of the fun that… aside from all the sort of carnage…

“I remember watching it growing up, and I genuinely remember saying, ‘one day I want to go on this show, but I just need to be a celebrity first.’

“Because, you know, it was one of those shows where you couldn’t go on unless you were literally ‘I’m A Celebrity… Get Me Out Of Here!’

“So it’s weird where it’s always been a show I’ve just seen and thought it’s got a more positive twist, normally, than other shows.

She went on: “Like, I never wanted to ever do Big Brother because it was always quite negative and they quite often wanted arguments and wanted controversy.”

“But there’s something about I’m A Celeb… Because it’s so horrible what you’re doing that you bond as a group, and then you end up having such a laugh, and I think I saw that side of it.

“So you know, especially the jungle as well, you know, I thought it’s a cool story to say you slept in a jungle, you wrestled with snakes and you ate lizards and whatever.

“And it’s quite a funny thing and a mad story to tell, maybe when you’re in the old people’s home at 80 years old.

“Roman [Kemp], when he talks about it, he has some of the nicest memories and he’s made real friends out of it that he still talks to now. So I think it is a positive experience overall,” the Capital FM star concluded.

Addressing her long-term career goals, Sian expressed her wish to remain in radio in the long run.

She also admitted sometimes venturing into reality TV can help “put you on the map”.

Sian said: “I think genuinely for me, I do want longevity, and I have in the past really tried to pick and choose wisely what jobs I say yes to and what I say no to.

“And, you know, you don’t always get it totally right. But I definitely want a long term career and I always wanted radio because I always felt like that was something you could do.

“And as you got older, you could do a different type of shows and different stations. And so I see myself staying in radio.

“I would love to branch into entertainment telly, you know. I’d love to do stuff where you didn’t take yourself too seriously.

“You certainly take away those types of shows where it’s just a lot of fun and you’re just having a laugh with real people. That’s my cup of tea.

“And then, the thing with reality shows is sometimes it takes that to just sort of put you on the map a little bit or for people to give you a chance.”

Horoscope: Horoscopes for this week by Russell Grant – whats coming for your star sign?