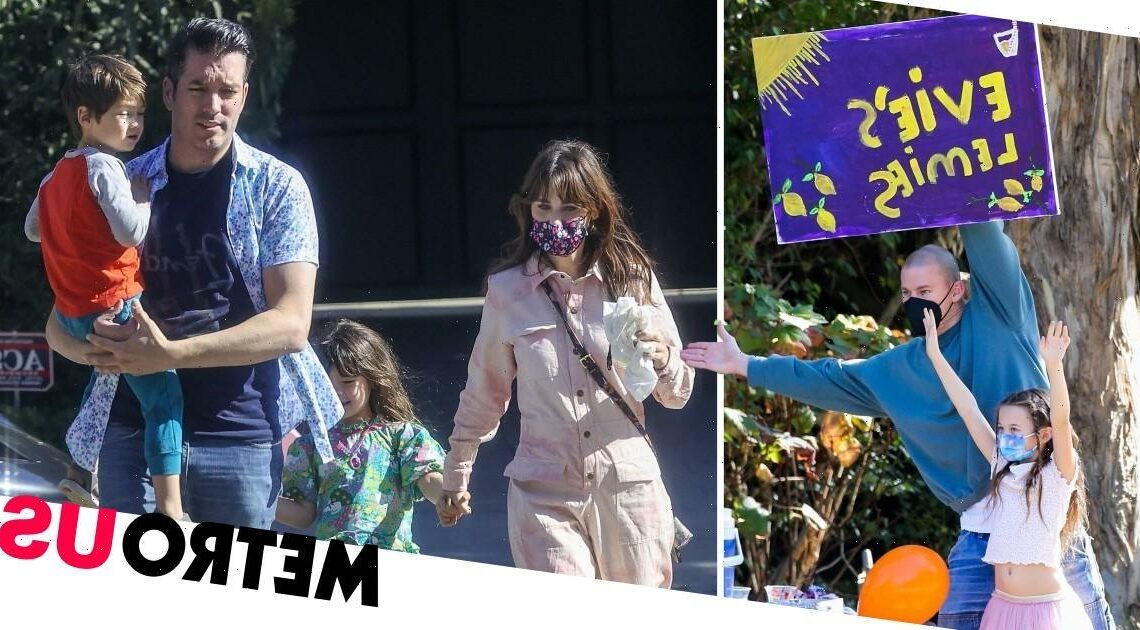 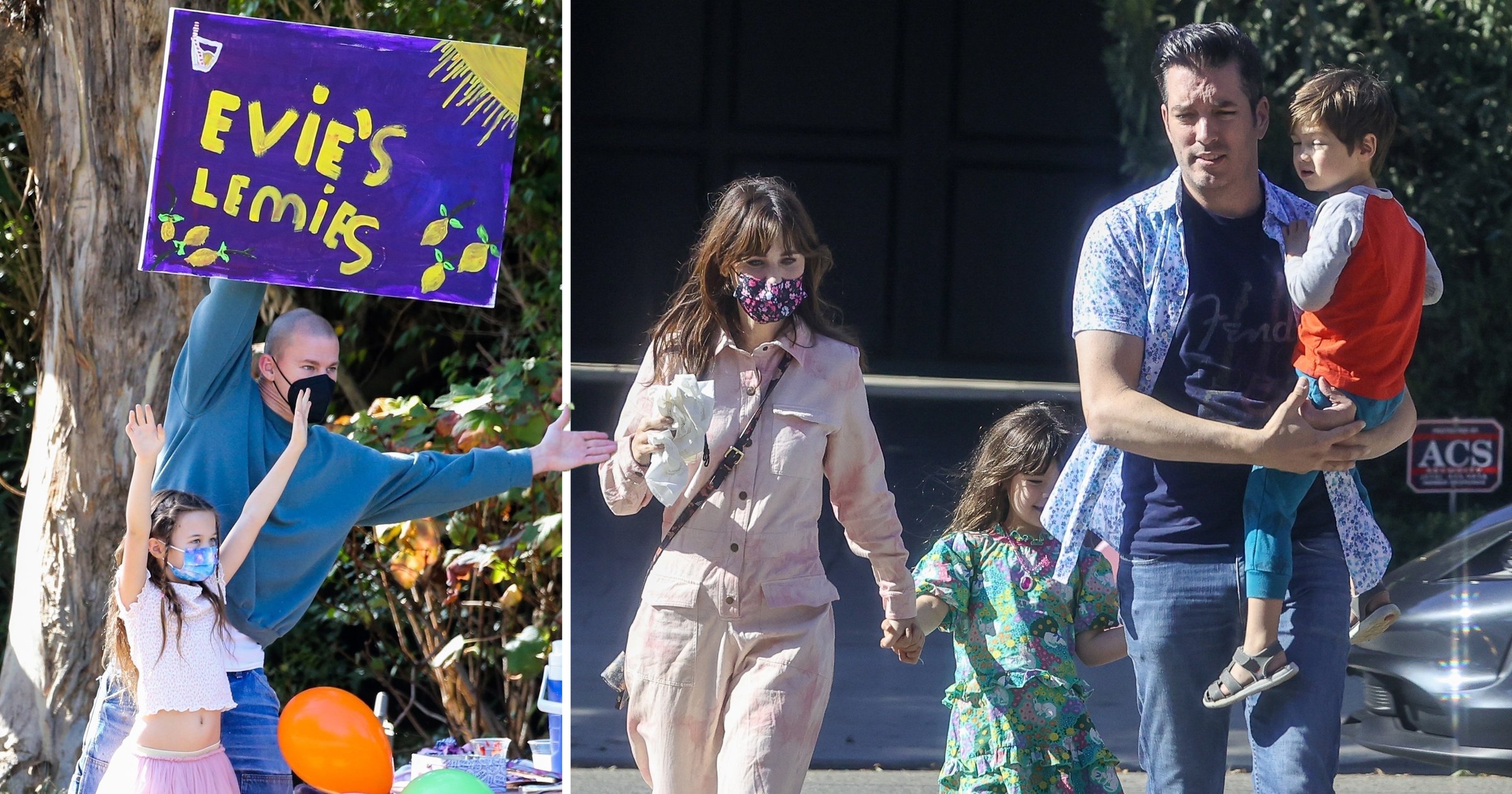 Channing Tatum was all kinds of dad goals as he helped his daughter Everly out with her Thanksgiving lemonade stand.

The actor, 41, and his eight-year-old set up shop on a sidewalk in LA as he proudly took on a role in marketing, enticing customers with a sign reading ‘Evie’s lemies.’

The Magic Mike star twirled the sign around as he waved at passers-by, standing in front of their colourful makeshift juicery, decorated with balloons.

The Step Up actor kept it casual in a sweater and baggy jeans, with both him and Everly wearing face masks.

Everly also looked like she was having a ball, as she skipped up and down the sidewalk wearing a purple feather boa, pink tutu and tie dye leggings.

Their stall managed to bag some famous customers too, as Zooey Deschanel stopped by with her boyfriend Jonathan Scott.

The New Girl actor took a morning stroll with her kids, daughter, Elsie Otter – who managed to pinch a balloon from the stand – and son, Charlie Wolf.

Zooey looked lovely in a pale pink jumpsuit as she enjoyed a glass of Everly’s lemonade and chatted to the little one.

She shares her own two children with ex-husband Jacob Pechenik, and has been in a relationship with Jonathan since 2019.

Everly is Channing’s only child, whom he shares with ex-wife Jenna Dewan.

The pair met as co stars in 2006 and were married for almost nine years before announcing their split in 2018.

He is now in a relationship with 32-year-old Zoë Kravitz, and the pair are supposedly done hiding.

Despite being an intensely private couple who have not addressed speculation on their romance, they have been spotted packing on the PDA on a loved-up stroll around New York City.

According to People, Zoe and Channing are ‘more relaxed lately’ and are finished with keeping the relationship a secret.

The couple have been spotted on numerous outings together since rumours surfaced and attended the Met Gala together.