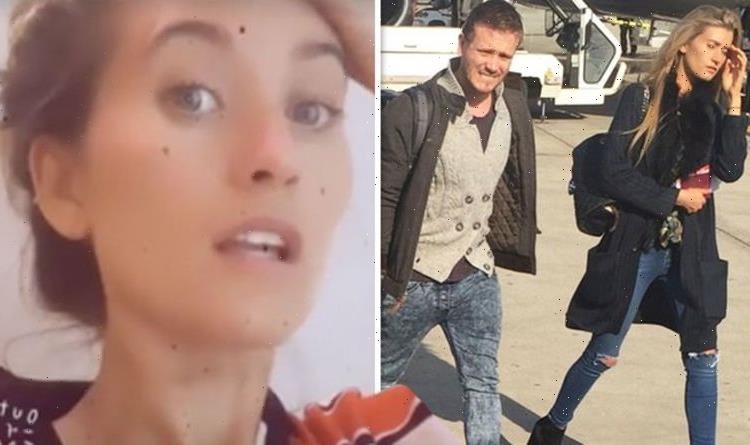 Charley Webb discusses her clean-out at her home

Emmerdale’s Debbie Dingle actress Charley Webb, 33, has informed her 510,000 followers that she has given up on making “stressful” choices at the home she shares with her husband Matthew Wolfenden and their sons Buster, 11, Bowie, five, and Ace, two. The star took to her Instagram Stories to detail the dilemmas she went through yesterday while embarking on a clear out of the couple’s home.

After getting tired of making all the decisions on what to keep and what to throw away, Charley cheekily opted to ignore her other half this morning when he called for help in completing the rest of their huge household task.

Charley explained in a post last night: “Honestly, I don’t wanna have a clear out for at least 500 years, ever again.

Charley then filmed herself lying in bed, as she told fans: “I don’t think I’ve ever been happier to get in bed, well I have, but I’m very tired.

“And tomorrow we’ve got another day of clearing out another room.

“Honestly I love the feeling when it’s done, but I find the whole experience so stressful because I regret immediately when I put something to the charity shop or in the bin.

“I’m like, ‘oh no I want it back,’ but obviously I just need to get over that.

“I really don’t want to clear this other room out tomorrow though, I’m wondering how much of the day I can get away with just sitting down like I did today and just going, ‘yeah, no, yeah, no’.”

However, the mum-of-three then admitted that her other half Matthew was less than impressed with her plan of action.

The soap star spilled: “He literally hates me.

“He’s like, ‘are you going to do anything?’ I was like, ,listen I am doing so much, without me you would not know what to throw away’.”

After a good night’s sleep, Charley went ahead with her decision to avoid helping out.

She said in a new video: “So Matthew has started the clear out.

“He started at about half eight this morning and I’m currently on the bed with a cleansing mask on my face.

“I mean, obviously he doesn’t know, but I’m gonna see how long I can get away with it for because I’m just not in the zone to go and clear that room out, I just can’t.”

Charley went on to reveal that she had chosen to ignore calls for help from her family as she had a shower and washed her hair.

The star explained in hushed tones: “Now I’ve had a shower and washed my hair.

“Heard ‘mummy’ a few times, possibly a ‘Charley’ once or twice.

“I can hear it all going on downstairs and it’s fully making me laugh out loud,” the actress mischievously added.

It comes after Charley wrote on social media that her husband of three years “hated” her due to her taking on the more relaxing role of the cleaning and tidying process yesterday afternoon.

How to Make the Most of Your Summer, According to a Celebrity Chef
Recent Posts