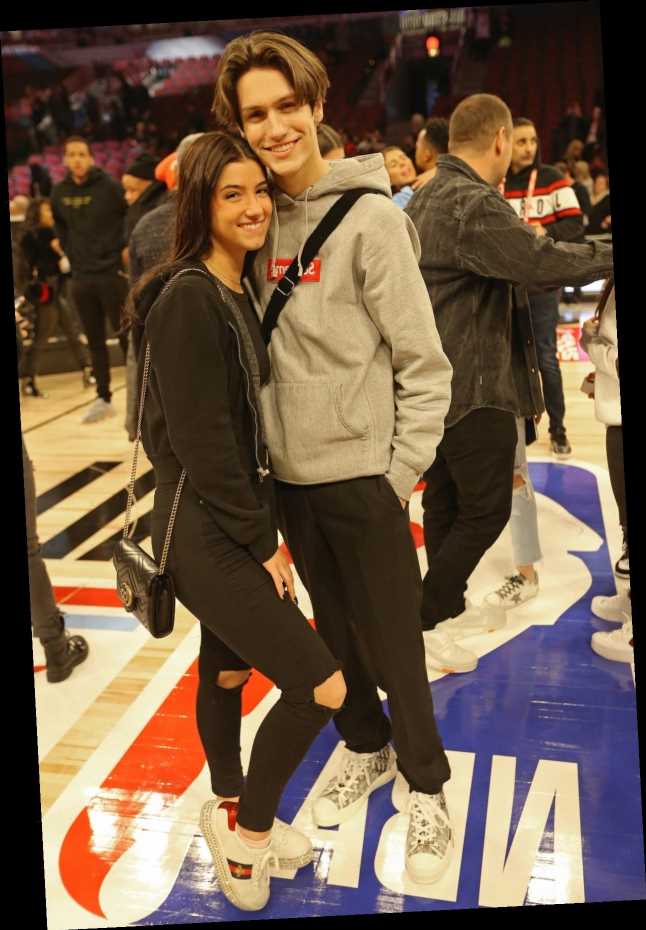 Charli D’Amelio and Chase Hudson aren’t an “official” couple at the moment, but from the looks of all their PDA on Instagram lately, it seems like they’re heading in that direction. The teenage TikTok stars have reportedly been seeing each other for three months now, beginning sometime around December 2019. Charli D’Amelio and Chase Hudson’s astrological compatibility reveals that they’re a strong romantic match, and it’s no wonder they went from friends to something more.

Fans started wondering about D’Amelio and Hudson’s relationship status when they began appearing in each other’s videos frequently in late 2019. They claimed at first that they were just best friends, but on New Year’s Eve 2020, a video emerged that appeared to show them kissing. This fueled the romance rumors even more. On Jan. 21, D’Amelio posted an IG photo of her and Hudson looking very cozy on vacation. In a Feb. 19 interview with Entertainment Tonight, Hudson said he and D’Amelio were “exclusive” but not officially boyfriend and girlfriend yet. "I’m taking it as slow as humanly possible before I pop the question," he said. "But we are very exclusive and very into each other." (By “pop the question,” he means asking D’Amelio to be his girlfriend.)

He explained that their relationship had grown slowly over time. "We took a long time because at first it was just fun, poking jokes and a little bit of flirting here and there — and then it really took off later,” Hudson said. But when they started dating, he noticed she was special right away. "When I first went on our first few dates, there was something different about her,” he said. “People say that everyone’s different, but not that many people have her personality, and I think it really stands out." Elite Daily reached out to representatives for D’Amelio and Hudson for confirmation of their relationship status, but has not heard back by the time of publication.

D’Amelio was born on May 1, 2004, which makes her a headstrong Taurus. Taureans are earth signs who value stability, consistency, and loyalty in relationships. They’re practical and stubborn, and they love feeling like the most important and valued person in a room. Taureans don’t open their hearts to just anyone, but when they do, they’ll work hard to make the relationship succeed. Judging by D’Amelio’s outsized TikTok persona, she also has a silly side, something she and Hudson have in common.

This makes sense, considering Hudson shares the same zodiac sign. He’s also a Taurus, born on May 15, 2002. When two Taureans get together, they love to spoil each other with declarations of love and lavish gifts, like this confetti-filled care package Hudson sent to D’Amelio in February. A Taurus-Taurus relationship is sensuous and strong, and both partners are equally invested in each other. A Taurus will always say exactly what they feel, and they expect full honesty from their SO in return.

Two Taureans can run into trouble when they butt heads, because compromise isn’t a natural thing for either of them. Hudson and D’Amelio are both online stars in their own right, so they might have to work hard not to get in each other’s way. But that doesn’t appear to be an issue for them, judging by the supportive way Hudson talked about D’Amelio to ET: "I’m just like, ‘Charli, this doesn’t happen to a lot of people,” he said. “‘Keep posting. Keep going. You’re gonna do big things in life, you just can’t focus on what they have to say.’ And look where she is today."

Together, they’re TikTok gold and the definition of an online power couple. D’Amelio and Hudson’s zodiac signs prove there’s more to their bond than silly dancing videos. Even with their fame, they’re a down-to-earth and practical pair.