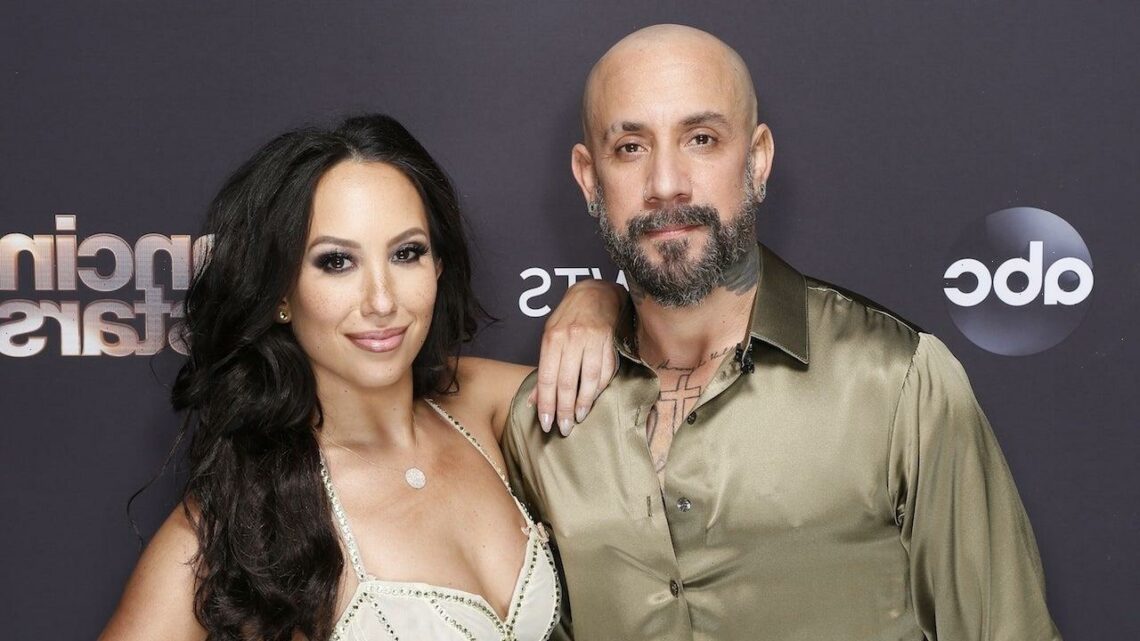 Cheryl Burke is opening up about her decision to attend her first Alcoholics Anonymous meeting.

The Dancing With the Stars pro has been vocal about her journey with sobriety over the past few years, but recently admitted she’s been struggling with the idea of drinking again, and has been heavily relying on her sober friends for support.

“It is extremely powerful to be able to confess and to do so before anything, God forbid I relapse,” Burke, 37, said in an interview with Good Morning America. “But I just needed something more to help me feel like I’m not alone.”

Burke revealed to ABC News’ Kaylee Hartung that those feelings of temptation led her to attend her first AA meeting just days ago, with help from her former DWTS partner, AJ McLean, who is also sober.

“I needed help, I knew that if I didn’t take that step forward to be a part of Alcoholics Anonymous, I don’t know … I don’t know if I’d be sitting here today with you,” she said. “The thought of having to be with a new group of strangers in a way really ate me alive. But I’ve realized that I needed to be able to hear other people’s stories, other people who struggle with alcoholism and addiction.”

Last week, Burke confessed on her Pretty Messed Up podcast that she has been feeling like drinking again a lot lately.” She told co-hosts AJ McLean and Rene Elizondo Jr. that she was “two seconds away” from breaking her sobriety, a decision she made nearly three years ago when she got engaged to her now-husband, Matthew Lawrence.

“You’re my only real sober friends that are in a program,” she said to her co-hosts. “You guys have that vocabulary that is so relatable for me. When I’m not around you guys then I start to push.”

At the time, Burke had never been to an AA meeting, but asked McLean and Elizondo Jr. to introduce her to the group.

“I’m so nervous,” she admitted. “I’ve been held accountable because I’m telling everybody … I have to say [that I’m thinking about drinking], or else I will drink… I’m going to need you guys.”

Burke shared that a recent trip to Hawaii with Lawrence really tested her sobriety, after champagne was delivered to their room and she felt “triggered.”

“We had a bottle of champagne delivered to our room because of our anniversary. They obviously didn’t know I don’t drink,” she said. “But then Matt had a little bit and never ever have I been triggered in the last two and a half years until that day. I was like, ‘Oh my God.'”

“It scared me because my sister was with me and I was like, ‘Oh my gosh, Nicole. I’m two seconds away [from drinking],'” she shared. “That’s the thing, if I start I can’t just have one and I might as well just go into this rabbit hole for a couple of weeks. No one will find me.”