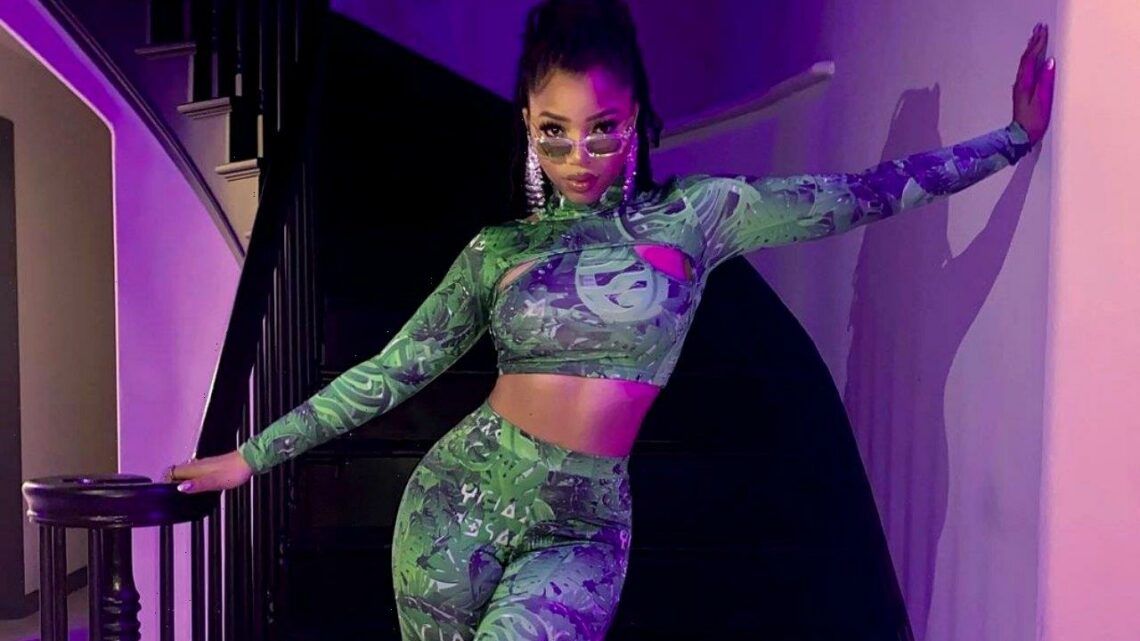 The ‘Have Mercy’ songstress is mocked after she treats her 4 million Instagram followers to a new racy video of her sucking on a lollipop while rocking a lingerie.

AceShowbiz – Chloe Bailey‘s social media activity has once again earned her some criticism. The one half of Chloe x Halle has been trolled by Internet users after she treated her fans on Instagram to a new racy video.

On Thursday, November 11, the 23-year-old singer/actress greeted her 4 million followers with the clip showing her lying on a pink furry rug while wearing lingerie and a loose black robe. She sucked on a lollipop and posed seductively to the camera.

“To my four million followers and counting, my candy kissers and my clovers, thank you all so much for loving me, and I love you right on back,” she said. “There’s a lot more to come,” she added, before sucking on her lollipop one more time and blowing a kiss to the camera.

In the caption, she wrote, “woke up with you guys on my mind..couldn’t forget to thank y’all.”

The suggestive video, however, didn’t impress all of her followers as many likened it to a porn-site ad or a pop-up ad that people would get while using virus-vulnerable sites for pirating movies. “123movies pop-up ads,” one person trolled her on Twitter. Another remarked, “My sis giving me the pop up ads when you watch movies illegally.” A seemingly confused fan asked, “no shade but literally what is happening.”

Chloe is no stranger to backlash regarding her sultry imagery. She has defended herself in the past, saying during her appearance on “The Real” in October that “you can’t please everybody.” She explained at the time, “When I write and create music, it’s like, this is what I would tell myself to make myself feel better and to kind of pump myself up. I love creating music with my sister and being in a group with her so doing this solo, it’s been like, I have to be like, ‘Okay Chloe, you can do it. You’re special. Everything you have to say matters.’ So, it’s been a journey for sure.”

The “Have Mercy” singer went on to say, “I think it’s about the support system you have around you. I have to remind myself, as long as I’m being authentic and being myself, then, that’s all that matters.” She added, “People say I do too much and maybe I do, but it’s not on purpose, it’s just who I am.”

The “Black-ish” star added, “Some people will like me, some people don’t. And that’s okay. They’re talking, so that’s good!”

Cuff love: The politics and power of Victoria’s law and order addiction