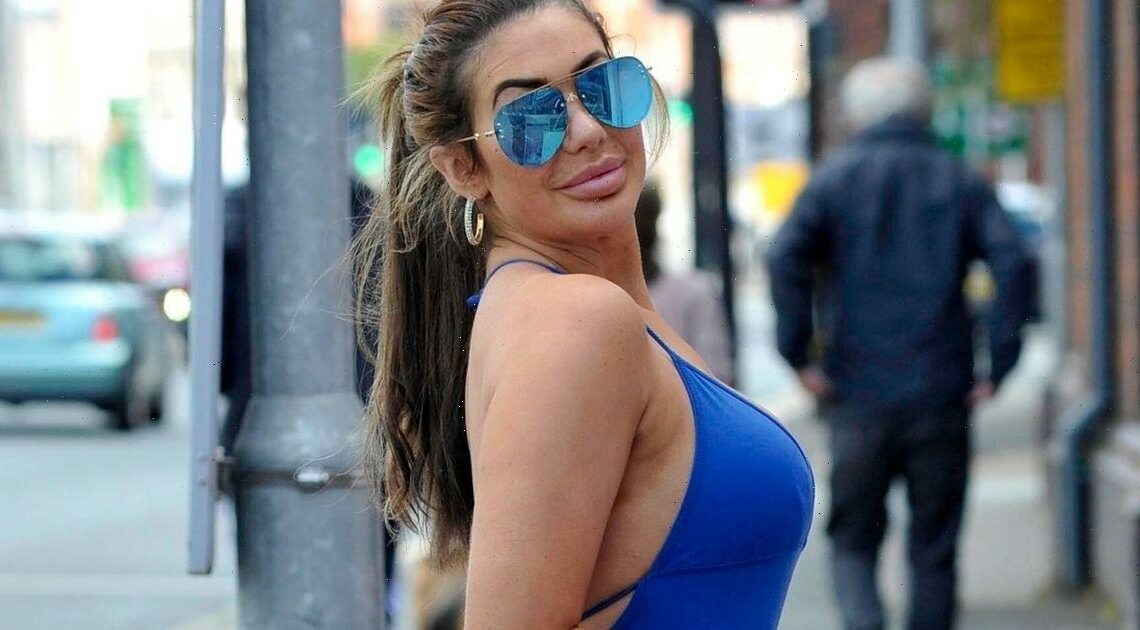 Chloe Ferry rocked a skintight blue jumpsuit as she headed to the beauty salon in Chester on Thursday.

The former Geordie Shore star looked in great spirits as she worked her angles in the eye-catching one-piece.

Wearing a pair of white trainers, the 25-year-old completed the look with blue shades while styling her locks in a high ponytail.

The reality star's happy and relaxed display comes after she quit social media after posting cryptic messages on her Instagram stories.

Chloe explained that she's leaving her accounts to be taken care of by her management team after showing several hateful messages from a fan on Instagram.

She told her 3.7 million followers on Monday: "As mentioned in my story's I'm taking a few days away from social media and my phone I really need this me time. [sic]

"I'm sick of pretending I'm OK to please other people.. for once I'm putting myself first ".

Hours before sharing her decision to quit social media, Chloe revealed she had received a nasty message from a troll.

Speaking in a video posted to her Instagram story, Chloe explained: "I don't really read my DMs but, this woman, who is the same age as my mum, is constantly replying back to every single story that I've put on."

Chloe showed her phone to display a string of vile messages from the troll, including one where the troll calls Chloe's brows and lip "horrendous".

She told The Sun Online last year: "I had depression, I'm really nervous about it coming out [on Geordie Shore: My Story]. That day when I filmed the episode I spent 99 per cent of the day crying."