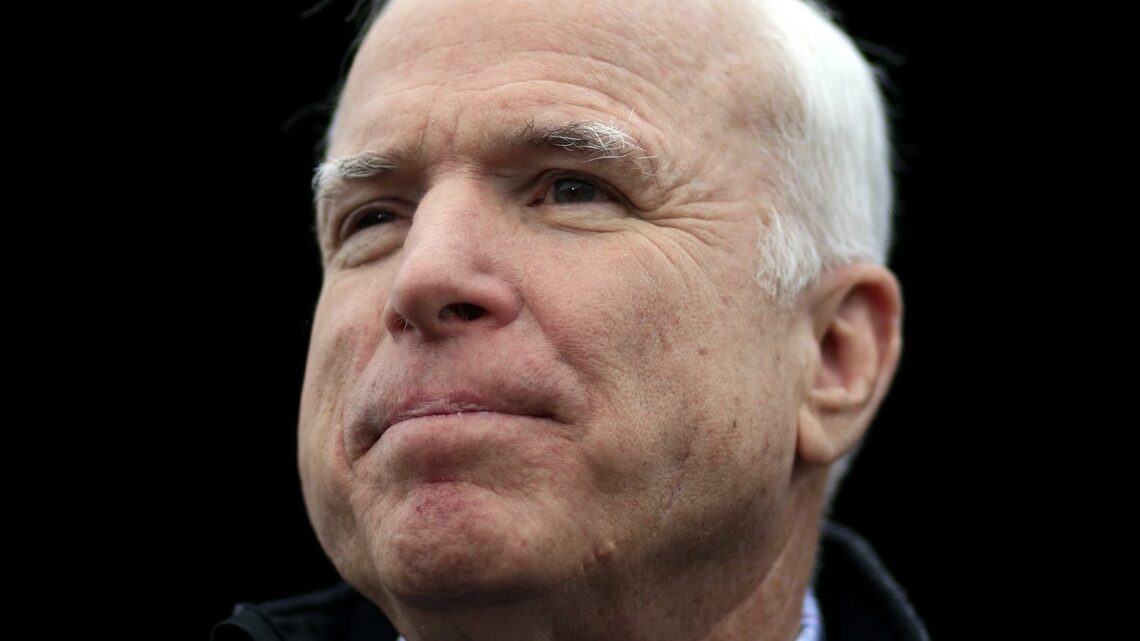 Tisk, tisk! That’s what Cindy McCain, widow of the late United States Senator John McCain, thinks her husband would be saying about the recent actions of the Republican Party in the event he were still alive today.

As reported by People, during a May 17 appearance on “The Late Show with Stephen Colbert” Cindy minced no words, stating that she believed that John would be “very disappointed” in the condition of the GOP and the behavior of many of its leading members. “I feel deep in my heart that John would be very disappointed in what’s going on and the lack of courage on the part of so many of our senators and congressmen to stand up to what this is,” she declared.

But what has Cindy so riled up? And why does she think her late husband would be disenchanted with his own political party? Keep reading after the jump to find out!

As reported by People, during an interview on Stephen Colbert’s late night talk show, Cindy McCain made it clear that she is not pleased with the way the Republican Party has treated Wyoming Rep. Liz Cheney — namely ousting her for speaking out against former President Donald Trump and his claims that the 2020 election was stolen — and she doesn’t think John McCain, a.k.a. The Maverick would be either.

“I think she’s handled herself beautifully, I really do,” Cindy said when asked about Cheney and the recent hand she’s been dealt by her GOP colleagues. “It’s odd, now our party seems to be rewarding bad behavior and then trashing those who tell the truth and are honest about what’s actually going on. We have lost our way. Our party is in such disarray right now,” she continued.

But does she see any light at the end of the tunnel for the Grand Old Party? While Cindy was adamant that she still had “great faith” in the party she also acknowledged that it’s going to be “a long road.” “We’re no longer practicing what we used to be, and that was the party of inclusion, the party of decency and debate that was not personal,” she added. “And we’re so far astray right now, it’s awful.”