Home » Celebrities » Clare Crawley: 5 Things To Know About Star Of ‘The Bachelorette,’ 38, For Season 16 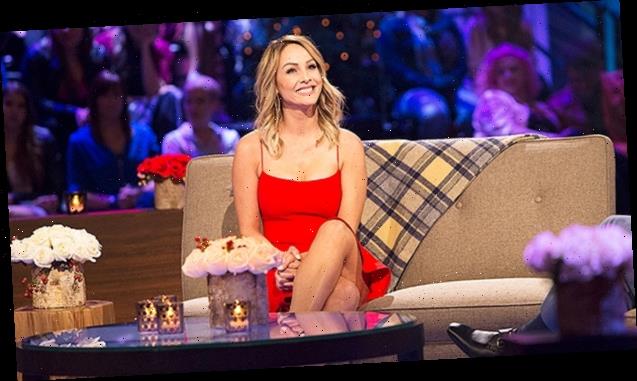 Clare Crawley: 5 Things To Know About Star Of ‘The Bachelorette,’ 38, For Season 16

It’s official: Clare Crawley is the star of ‘The Bachelorette’ for the show’s 16th season. The exciting news was made on ‘GMA’ on March 2, nearly two weeks ahead of filming.

1. She got engaged on ‘Bachelor Winter Games.’ Clare’s most recent appearance in the Bachelor Nation franchise was during Bachelor Winter Games in the winter of 2018. During the show, she found herself in a love triangle with Benoit Beausejour-Savard and Christian Rauch. She broke Benoit’s heart by choosing Christian, but her relationship with Christian did not make it until the end of the show. After filming, Clare re-connected with Benoit, and he proposed to her at the reunion special, which aired in Feb. 2018. Unfortunately, the pair’s relationship ended by April 2018.

2. She first appeared on season 18 of ‘The Bachelor’. Clare was a contestant on Juan Pablo Galavis’ season of The Bachelor. Like many of Juan Pablo’s relationships on the show, his romance with Clare had a lot of ups and downs. Clare made it to the final rose ceremony, but Juan Pablo eliminated her and chose Nikki Ferrell instead. However, Clare left the show in an epic fashion, telling JP off one last time before making her exit!

3. She’s been on two seasons of ‘Bachelor in Paradise’. After her split from Juan Pablo, Clare went to Bachelor in Paradise for the show’s first season in 2014. However, things did not go great, and she found herself involved in some drama with AshLee Frazier, which led her to quit during week five. She returned for the show’s second season in 2015, where she made waves for telling the contestants that the season 1 cast was ‘more genuine.’ She was eliminated during week three when no one gave her a rose.

4. She’s a hairstylist. Clare was working as a hairstylist during her first appearance on The Bachelor, and is still in that field today. She works at De Facto Salon in Sacramento, California, according to her Instagram page.