Home » Celebrities » Colleen Conrad to Jon Gosselin: STFU About My Cancer Diagnosis! What is Wrong with You?!? 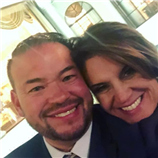 Colleen Conrad to Jon Gosselin: STFU About My Cancer Diagnosis! What is Wrong with You?!?

Jon Gosselin has managed to piss off yet another woman from his past.

His very recent past in this new case.

The former reality star has been feuding with his ex-wife, Kate Gosselin, ever since they got divorced a decade ago.

Heck, the pair were feuding long before they got divorced, too, with each side basically thinking the other is a terrible parent a person.

Jon said at the time that the break-up was mutual and natural, telling The Sun:

“We had some struggles and we tried to push through them as best we could, but it didn’t really work out the way we thought it would.

“I still love and care for Colleen but we’ve both determined that it’s the natural end.”

A few days prior to this interview, Conrad thanked supporters who had been there for her after an unfortunate cancer diagnosis — notably NOT including Jon on this list.

She wrote back then that was diagnosed with stage 2 breast cancer this summerr and then underwent a mastectomy in July.

“The reason I decided to post this was that I was lucky that it was caught early,” Conrad told her Instagram followers

“And to remind everyone not to put off your mammograms and do your monthly breast exams. Set a monthly alarm if needed.”

For his part, Jon was clearly offended by Conrad’s snub, going into ultra self-defense mode when speaking to The Sun.

He said he took time off work after Colleen learned she was sick and:

“I tried to support her as best I could, being by her side and meeting with all the doctors, trying to understand the cancer and her diagnosis, doing all the research and being as supportive as I could…

“It’s always very difficult to end a relationship, but I think we [gave] it a pretty good go.”

Then, on November 8, Gosselin appeared as a guest on The Dr. Oz Show.

Along with once again taunting Kate, he told the host of he and Conrad:

“We had ongoing issues previous to our breakup and previous to her diagnosis. We had trouble in the relationship for a long time and didn’t really want any stress during her treatment.”

He added that the former couple thought it was “best” to end their romantic relationship and “work on [their] friendship” to “get her through her treatment.”

Following this appearance, Conrad jumped on Instagram and asked a simple question:

“How is it okay for someone else to keep talking about your cancer diagnosis on TV or in the media without your permission?”

This was clearly a reference to Gosselin.

But in case there was any confusion, Colleen proceeded to name names when asked by a follower:

Pretty easy to understand Conrad’s side here, isn’t it?

And pretty easy to imagine Jon Gosselin as being insensitive to someone else’s needs, desires and/or preferences.

“I’ll always love Colleen and we’re friends and it wasn’t because of cancer [that we broke up],” he added to Dr. Oz.

“I helped her through cancer, insurance and everything else. I supported her through her cancer. It was easier as friends to break off the relationship and get her through that as well.”

In ‘Where Are We Headed?,’ Ruslan Fedotow Depicts Tragicomic Universe of the Moscow Metro
Recent Posts