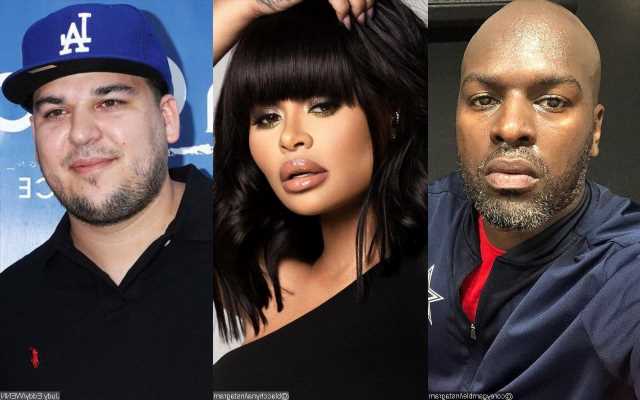 Recalling the incident at a Los Angeles courthouse, the longtime boyfriend of Kris Jenner also claims that he got hit too by the video vixen when he tried to stop the physical altercation which occurred almost six years ago.

AceShowbiz –Corey Gamble has shared his testimony amid the Kardashian-Jenner family’s ongoing trial against Blac Chyna. The boyfriend of Kris Jenner claimed in court that he witnessed the video vixen punching Rob Kardashian, whipping him with an iPhone cord, and threatening to kill the reality TV star during an explosive fight almost six years ago.

Recalling the incident at a Los Angeles courthouse on Tuesday, April 26, Corey said that it occurred just after daybreak on December 15, 2016. He shared that he rushed to Kylie Jenner‘s house, where Rob and Chyna had been staying, and witnessed the altercation.

He alleged that when he walked into the home, Blac was standing by the bedroom with a rod in her hand. Rob, meanwhile, stood about seven feet away and sported redden face. According to Corey, Blac immediately dropped the two or three-foot rod that was in her hand and picked up a long phone cord that was on the floor instead.

“She started whipping it at him,” Corey recounted. “She was hitting Rob and I got in the middle and got hit too. I had to try to get her attention on me so [Rob] could get his belongings and get out of the house. I could smell the alcohol on her.”

Corey also noted that the house was “a mess” during the altercation. Along with a broken gingerbread house, Christmas decorations were littered on the floor. After Rob managed to get his wallet and keys from the bedroom, he tried to leave but Corey’s car blocked his. That was when Blac allegedly picked up a patio chair and hurled it at Rob’s car and continued attacking Rob, Corey testified.

“I asked her what was going on and she yelled that she hated him … she didn’t like him,” Corey, who claimed that he stayed at the house for a while to make sure that Blac wouldn’t follow Rob with her car, added. “She said, ‘Why would I like this fat f**ker if he wasn’t a part of this family?’ “

Blac and the Kardashian-Jenner family have been in a legal battle since 2017. The former sued Rob and his family that October, accusing them of assault, battery, domestic violence, defamation and “interference with contract” that led to the cancellation of “Rob & Chyna“. The famous family, however, refuted the claims as they argued that they were trying to protect Rob from an abusive relationship. They also claimed that E! News decided to pull the plug on the show because her relationship with Rob grew too toxic.

Travis Barker's daughter Alabama, 16, shows off new fake lashes after rocker slammed for letting her 'grow up too fast'

'This Is Us' Season 6 Episode 14 Recap: Kevin's Endgame Is Revealed in 'The Night Before the Wedding'
Recent Posts