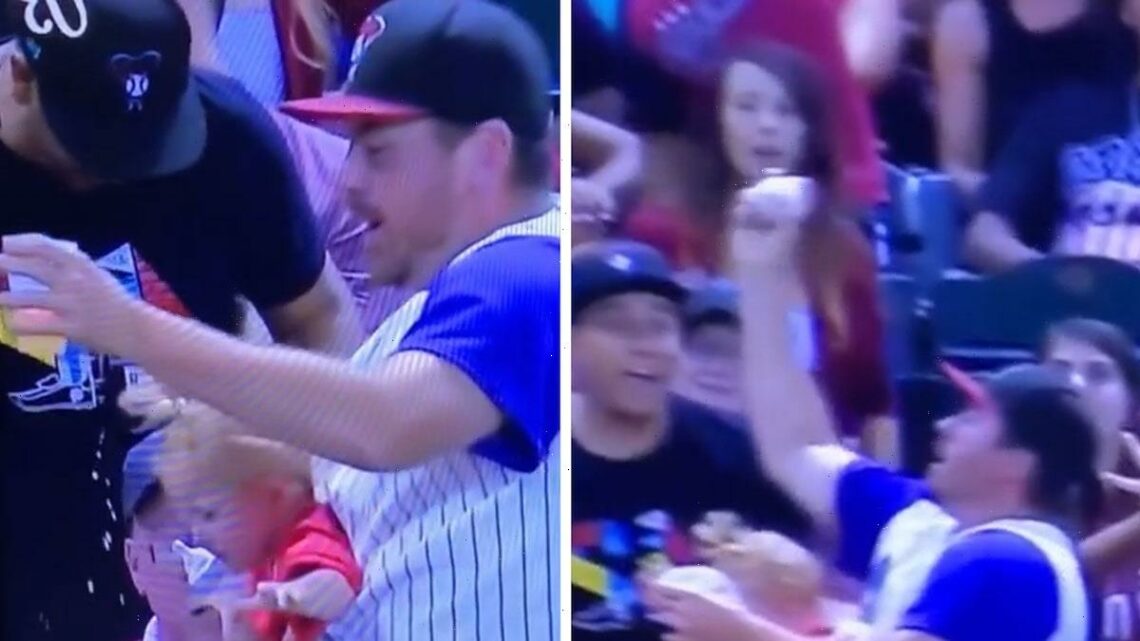 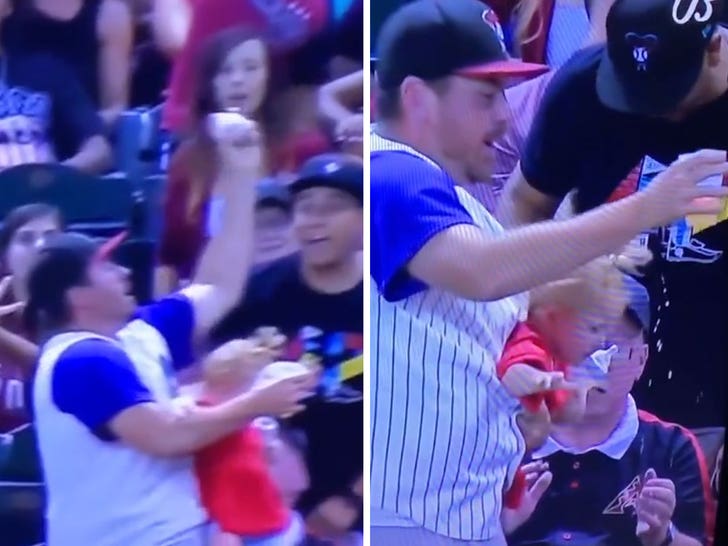 We don’t know if we should crown this guy Dad of the Year, or Gutsiest Dad of the Year … because he could easily fall into both for this incredible feat with his kid and a baseball.

Check out this insane clip of what seems to be a relatively new father holding his child at the Arizona Diamondbacks game Sunday, where they were in Phoenix facing the visiting SF Giants. Of course, when you go to a live game … ya gotta look out for those foul balls.

Waiting for your permission to load the Facebook Video.

They can come at you fast when coming off a player’s bat at the plate … and that’s exactly what happened here for this fella. His instinct was … catch the damn thing, barehand!

Watch for yourself — he literally releases the baby that he’s holding in his left hand/arm to reach up and snag the ball midair (which he successfully does) … and an instant later, he swings his arm back down to catch the falling kid (again, he pulls it off somehow).

BTW, we forgot to mention … Papa Bear here was also carrying a beer in his free hand — so it’s literally like a circus stunt. He spilled a little while making the amazing catch(es), but the suds stayed mostly intact. As freaked as people were, they were equally impressed.

Considering how quick he is with his hands, maybe the D-backs should pick him up for a roster spot — they need all the help they can get these days … the team’s on a major losing streak.

'The Blacklist': 6 Things You Forgot Happened in the Pilot Episode