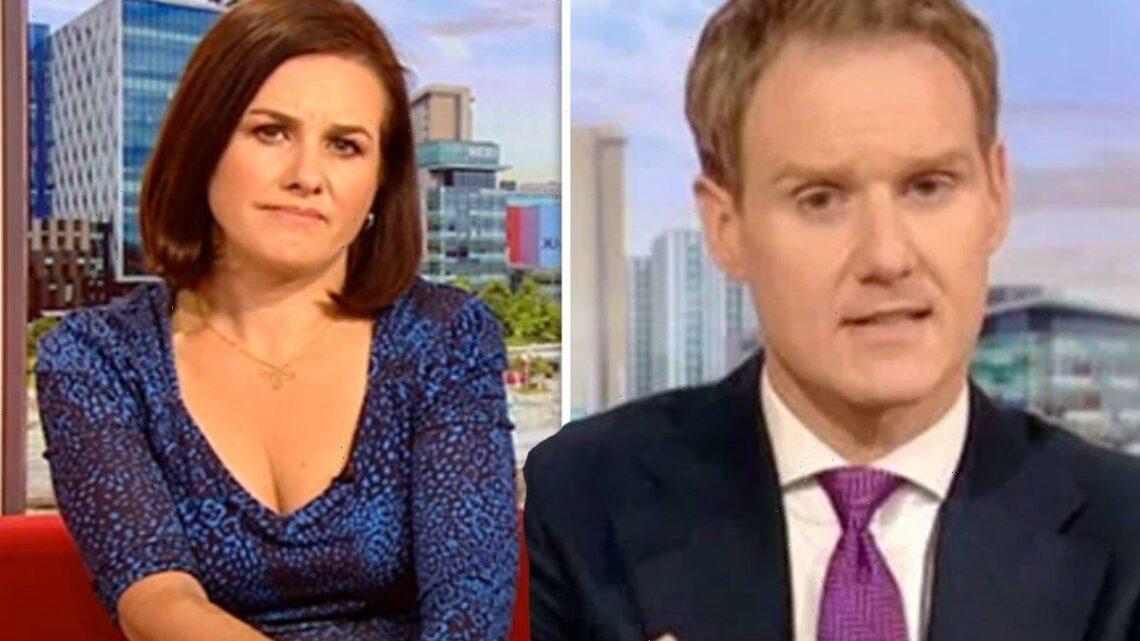 Dan Walker offered his support to BBC Breakfast host Nina Warhurst who took to social media and revealed details of the emails she had received coined as “advice”. The Channel 5 presenter gave his former colleague some words of encouragement after the business correspondent shared her dismay today.

Taking to Twitter, Nina, 41, explained to her 29,500 followers, that they were emails she received from someone she had not met.

The on-screen star admitted she found it difficult to know what to do when being cruelly trolled while at work.

She wrote: “Some emails I picked up today from someone I’ve never met

“It’s hard to know what to do with stuff like this.  But putting it here because this sort of ‘advice’ comes my way a lot.  And to other women… 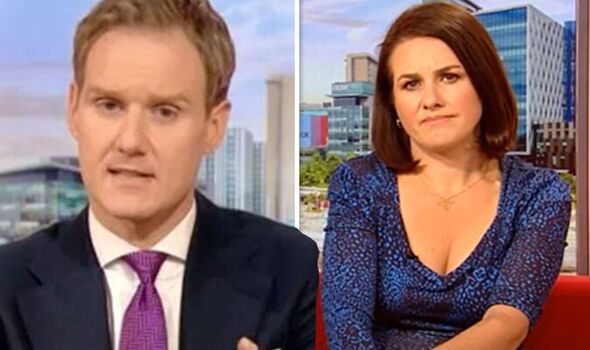 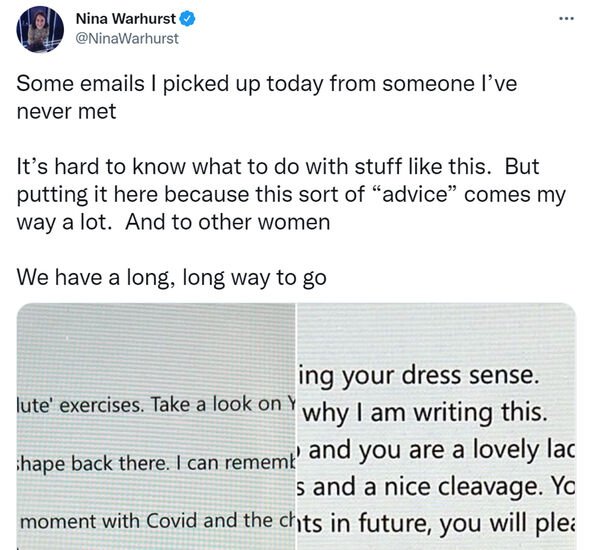 The correspondent shared two screenshots of the emails, where one unknown viewer requested Nina take part in exercises on YouTube.

The message read: “Nina, tell me to go away if you like.

“What about trying some ‘glute’ exercises. Take a look on YouTube for glute exercises at home. We will soon have you back in shape back there. I can remember, before the last baby, what a great bum you had. 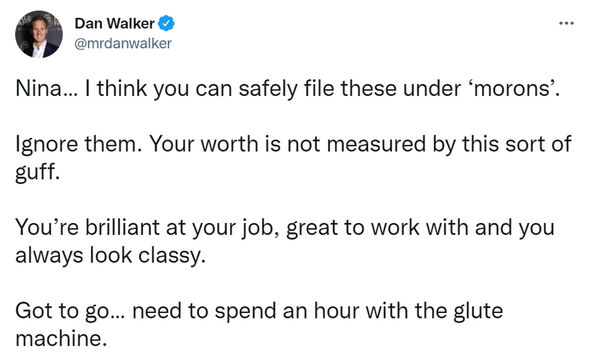 “I know it’s a bit awkward at the moment with Covid and the children at home all the time,” adding, “Want you looking perfect again. Are you on Monday.”

Another unsolicited email asked Nina to emphasise her “good points in the future” to gain more male viewers after making reference to her “great legs” and “nice cleavage”.

Dan retweeted Nina’s concerns via his own account as he offered his support, in view of his 770,000 followers.

He penned: “Nina… I think you can safely file these under ‘morons’. Ignore them. Your worth is not measured by this sort of guff.

“You’re brilliant at your job, great to work with and you always look classy.”

He cheekily signed off: “Got to go… need to spend an hour with the glute machine.”

Social media users reacted to the post as they slammed the email messages.

@RuthWilson penned: “What the holy hell.”

Nina replied: “It’s the tone that gets me.  The sincere belief that it’s helpful, and welcome.”

Twitter user, @InhocMark wrote: “What is staggering and sad is the first one I’m sure the t**t thought he was being complimentary and will fail to see why it wasn’t greeted in spirit it was sent. Yeesh.”

@KayGartland tweeted: “Shocking. Nina – you are clever and fabulous.”

@Sandra added: “How does he think for one minute that this is acceptable!”

The Staggering Costs of Childbirth Are Even More Disturbing in a Post-Roe U.S.