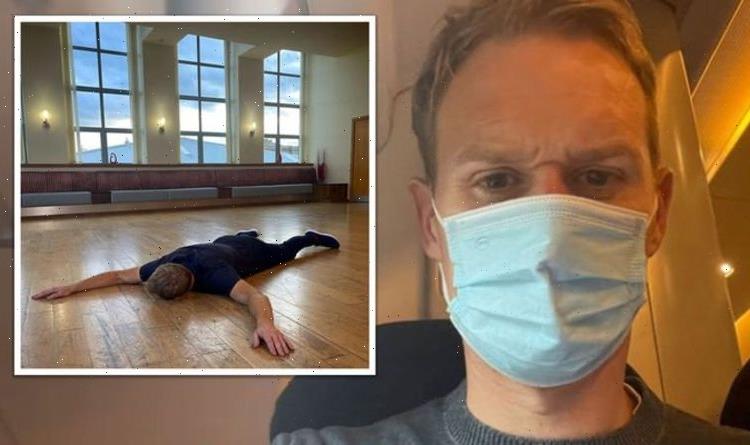 BBC Breakfast presenter Dan Walker took to social media last night to share an update with fans following his first day of training for Strictly Come Dancing. The 44-year-old TV star was inundated with messages of support and encouragement after informing his followers that he was “shattered”.

After a very long day, Dan, who has to get up in the early hours of the morning in order to host the BBC show, could be seen lying on the floor due to exhaustion.

“First #Strictly training session after getting up at 3am this morning.

It has not yet been revealed who his professional partner is.

Many took to the comments section of his post to share their thoughts, including fellow Strictly 2021 contestant Adam Peaty.

“Feels,” the 26-year-old competitive swimmer replied, along with a laughing emoji.

“You can do it,” Dan’s former BBC Breakfast co-star Steph McGovern wrote encouragingly.

“Get up twinkle toes, this is just the start!” another user remarked.

“You got this Dan ….. practice makes perfect,” a fifth wrote.

Others said they couldn’t wait for Saturday’s launch show to see who the TV star would be paired with.

“This will be amazing! Keep dancing,” another person chipped in.

Making the most of today’s train commute, Dan returned to the picture-sharing site to answer some questions from fans.

“Are you happy with your partner in Strictly and why is Louise [Minchin] leaving [BBC Breakfast]?” one user asked.

“Delighted with [dancer emoji] but very sad about Louise,” he wrote. “Going to be a tough one tomorrow,” he continued.

Dan’s co-star is leaving BBC Breakfast after almost 20 years on the red sofa.

He also spoke about the dance that he was most looking forward to learning.

“Not really sure…just keen to learn. I quite fancy seeing if a tall bloke can rock a CHA CHA CHA,” Dan replied.

The BBC star also informed his followers that he had put a lot of effort into Louise’s leaving present.

“I’ve been planning it for ages. I hope she likes it. You have to watch tomorrow,” he added, teasingly.