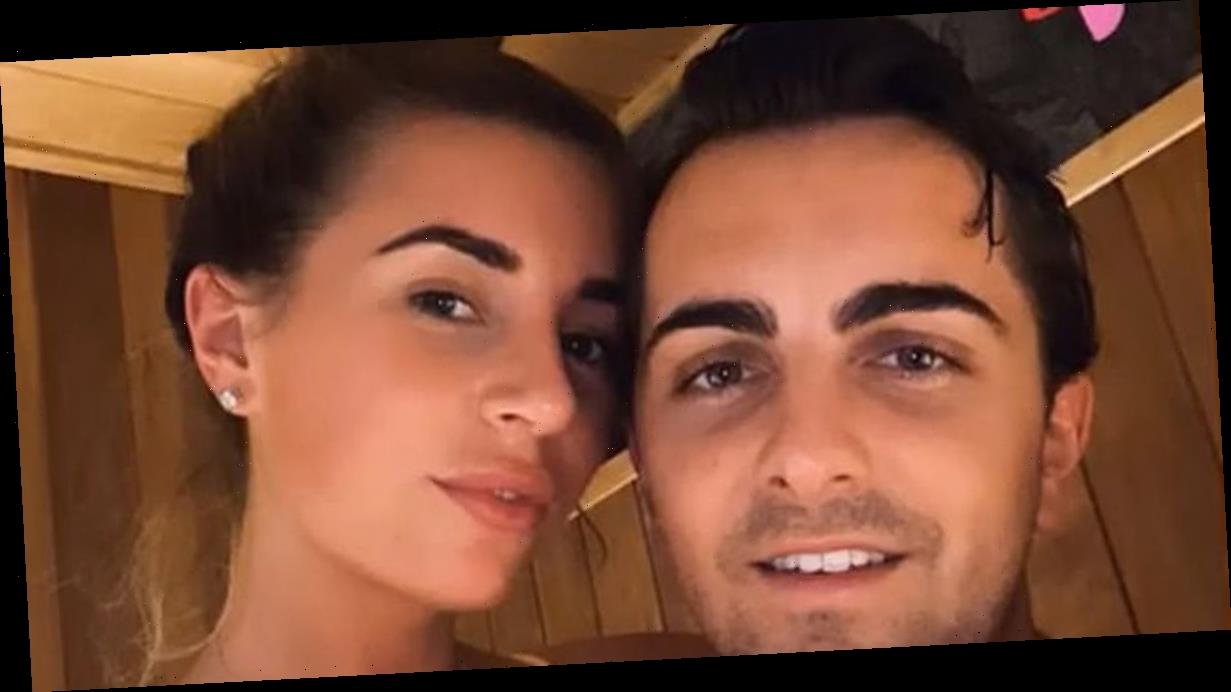 Dani Dyer relationships: Inside the Love Island star’s dating life as she splits from boyfriend

The nation fell head over heels in love with Dani Dyer when she first appeared on Love Island 2018 alongside fellow winner Jack Fincham.

As the daughter of actor Danny Dyer, the London born reality star has often found herself in the spotlight and her dating life has seemingly followed suit.

The gorgeous star, 24, struck up an instant connection with Jack, and the couple went on to win the reality show in 2018.

But after a rocky romance, the pair sadly split in 2019 and the nations' hearts broke at the same time.

After Jack, Dani went on to rekindle her romance with ex-boyfriend Sammy Kimmence, but the pair have recently split. Here's a look at Dani's relationship history.

Who did Dani date before Love Island?

During her time in the villa, Dani referred to him and their relationship a fair amount, explaining that she found it hard to let her guard down thanks to her “liar” ex.

Dani’s autobiography, What Would Dani Do? also revealed that Sammy “treated her like a side dish,” but the pair, despite her claims, got back together.

Sammy is a stockbroker and an amateur footballer and grew up in Essex with Dani.

The pair were together for around a year before Dani met Jack in the Love Island villa, but April 2019 saw them lock lips once again.

However, their relationship was short-lived once again as Dani confirmed her breakup from Sammy in March this year.

Who did Dani date during Love Island?

On Love Island, the stars aligned for Dani and Jack Fincham and they had the nations' hearts from the off.

But it took a while for pen salesman Jack, 28, to get into Dani’s good books after Dani revealed that Jack hadn’t been loyal in the past.

But, putting all his eggs in one basket and all his cards on the table, Jack won Dani over and the pair made it official, exchanging declarations of love and making big plans for the real world.

Their adorable relationship was such a hit with the nation, and Jack and Dani then went on to win the show with a whopping 76% of the public vote.

Why did Dani and Jack split?

When Dani and Jack left the villa, everyone was convinced they’d be together for life.

The couple, after a 50k prize win, left for Britain on a high and Jack met Dani’s famous dad straight away.

Then, the two moved in together in a swanky Canary Warf pad and social media took a daily hit of their loved-up selfies and heartfelt confessions.

Dani even took to Instagram at one point to post a story showcasing a sparkling diamond ring, captioned: “I said YES! My soulmate” with a string of monkey style emojis following the writing.

But, we were all let down when learning the news that it was all actually a prank to freak out poor Jack who was none the wiser, which played out on their show Jack and Dani: Life After Love Island.

It wasn’t until December 2018 that the pair first announced a split, and our hearts sunk.

The pair took to Instagram stories to share their sad news, with Dani writing that their relationship was “not meant to be long term,” but that they’d ”always have a place in our hearts for each other”.

But the split was very short lived and to the cheers of the public, Jack and Dani got back together, for four months at least.

In April 2019, it was the final goodbye – Dani and Jack announced their split on Instagram and unfollowed each other in what was a very official au revoir.

Jack wrote to fans: “There is no easy way to say this and it isn't going to be an easy time but me and Dani are not in a relationship anymore.

"We have some amazing memories together and have been through a lot but sometimes things aren't meant to be and we really did try to make it work but it unfortunately didn't and that is life.

"That's all I have to say, a break up is hard enough as it is for both of us let alone in public eye so I hope everyone is considerate and understands this. X."

Fast forward several months and Jack revealed he was a new father to a baby girl named Blossom in a shock announcement.

He shared an Instagram post in January with his 2.2million followers revealing that he'd welcomed a baby girl.

Posing with his bundle of joy, Jack wrote: "I’m normally a very open book and share most of my life on my social media. "This blessing I chose not to. I’m just a normal geeza, who went on a tv show, which throws you straight into the public eye…which I will forever be grateful for.

"However I knew for myself I needed personal time and to keep this part of my life private to prepare for this new responsibility and part of me that will change my life forever.

"This is undoubtedly the best thing that has ever happened to me and it’s true what they say, the instant feeling of love and connection you have with your child is a feeling like no other."

Who did Dani date after Jack?

Dani and stockbroker Sammy Kimmence got together shortly after her split from Jack Fincham.

The reality star was hit by trolls saying her and Jack should’ve stayed together when she first announced her relationship with Sammy.

"Jack is fit as f**k. What u playing at girl," one fan commented.

"How do people move on so quickly? I’d love to know!" another added. But Dani, clearly un-phased, remained with Sammy.

The pair rekindled their romance on Sunday, 21 April, after they were pictured smooching in the middle of Chelsea.

After the news of her new relationship broke, Danny posted to Instagram: "I'm not going to delete anyone's comments. You all can say what you want to say honestly we live in a free world.

"But I'm so f happy. I ain't living a life to prove to people or to fake to people I am something I am not I've always been real. Some people like it some people don't. [sic]

“I’m focusing on number one. No time for anything no plans made it's just happened and you can judge all you want. But come on I'm the real mc judge Judy."

Dani regularly posted shots of her and Sammy to her whopping 3.5 million Instagram followers, some snaps of which saw the couple sharing a smooch.

The reality star also opened up about her plans to get engaged to Sammy, and told OK! she has the seal of approval from dad Danny Dyer.

Dani was hosting MTV show True Love Or True Lies at the time and told Mirror Online that she’s not the best at spotting liars in relationships.

She said: “It wasn't easy to spot the fakes, especially now I was hosting the show. I thought couples who were genuine are fake and the fake ones are lovers."

Why did Dani and Sammy split?

Dani and Sammy split in March 2020 after nearly a year of dating.

Love Island winner Dani removed Sammy's photos from her Instagram feed and unfollowed him on Instagram as their 10 month relationship came to an end.

The beauty hinted at change before their split was revealed, posting a photo to Twitter of a bending road, captioned: "2020. When life takes a turn."

The star also shared a smiling selfie on Instagram, under which she penned: "Love yourself first and everything else falls into place."

Dani called time on her romance with Sammy after “tensions” rose in their relationship.

A source told The Sun Online: “Dani was besotted with Sammy and they were madly in love but recently their relationship has become more like a nightmare.

“And over a period of weeks tensions between Dani and Sammy reached boiling point.”

Meanwhile the insider added: “When they started dating again last year some of Dani's mates warned her about getting back with Sammy because of his reputation.

“He's a bit of a wheeler dealer and loves fame and attention. Really it's the opposite of what Dani wants.

“She decided it was best for her to just end it. She was sick of the drama and had enough of the fighting.”

Madison Got Really Into TikTok After ‘The Bachelor’ Stopped Filming