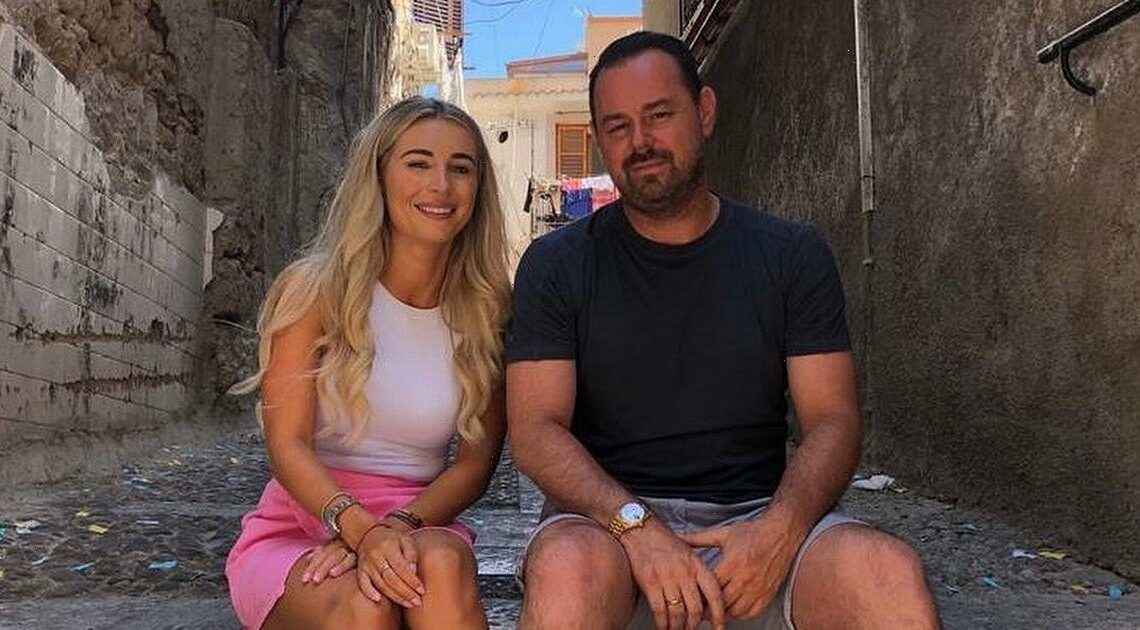 Love Island star Dani Dyer's dad Danny had a hilarious response when his eldest daughter told him she is expecting twins.

Dani, 26, has shared some screenshots of the moment that she told her parents that she was expecting twins, after her first scan failed to pick up that there are two babies in the womb.

Her father, popular actor Danny, who stepped down from his role as Mick Carter in EastEnders last year, typically didn't mince his words as what his daughter was saying sunk in.

Dani, who is expecting her babies with footballer boyfriend Jarrod Bowen, did a Q&A with fans on her Instagram, as one asked her the million dollar question: "How did your family react when you told them it's twins?"

In response, Dani posted two screenshots of messages with both her mum and dad, who each voiced their shock at the news.

Dani had sent a scan picture to her dad, Danny, 45, who she affectionately has saved as "Papa Bear" in her phone, as she told him: "We are having twins," with a crying laughing and love heart emoji.

"They missed it on the scan. And now it's come up identical twins."

The screenshots to her mum, Joanne, saw the latter reply: "You are lying to me," as Dani said: "I swear they didn't pick it up before."

Dani, who won Love Island in 2018 with then-boyfriend Jack Fincham, took to Instagram to announce the happy news on 20 January.

She posted a sweet snap of her two year old son Santiago holding up a board which read: "I'm going to be a big brother to twins," alongside two sonogram snaps.

Captioning the post, Dani wrote: "Our little TWINS. So excited to meet our babies and watch Santi be the best big brother…

"The biggest surprise of our lives but feeling SO blessed…"

She concluded: "Our family is getting a lot bigger and I can't wait."

Dani shared some sweet snaps of herself and Jarrod, who she has been dating for just over a year, as she showed off her blossoming baby bump in a figure-hugging grey dress.

Jarrod wore grey shorts and a white t-shirt as he cradled his girlfriend's bump and smiled adoringly at it.

Dani's parents, Danny and Joanne, got together in 1992. They share three children together: daughters Dani, 26, and Sunnie, 15, and nine year old son Arty.