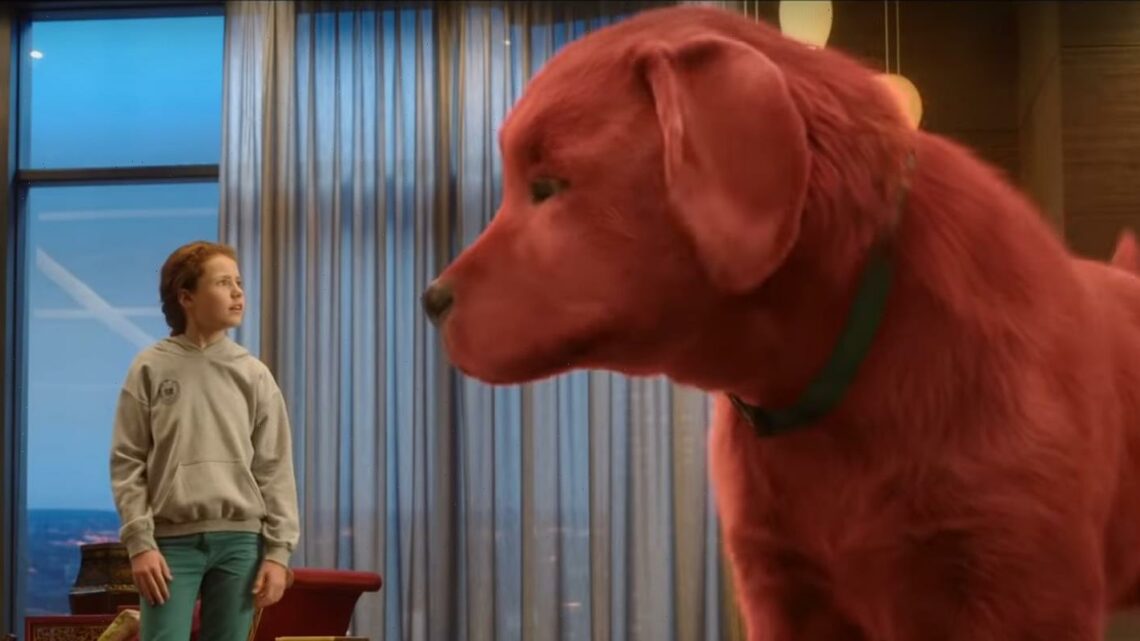 Clifford the Big Red Dog is going to be THE family movie to see this fall!

The trailer for the upcoming live action film, based on the bestselling books by Norman Bridwell, was just released on Tuesday morning (June 29).

Here’s a synopsis: When middle-schooler Emily Elizabeth meets a magical animal rescuer who gifts her a little, red puppy, she never anticipated waking up to find a giant ten-foot hound in her small New York City apartment. While her single mom is away for business, Emily and her fun but impulsive uncle Casey set out on an adventure that will keep you on the edge-of-your-seat as our heroes take a bite out of the Big Apple. Based on the beloved Scholastic book character, Clifford will teach the world how to love big!

The movie was actually filmed way back in the summer of 2019, and it will finally be hitting theaters on September 17, 2021!

With the trailer release, the studio wants fans to “Help us to #LoveBIG! For every ❤️ or share the #CliffordMovie trailer gets, we’re donating $1 to Best Friends Animal Society, up to $20,000.”