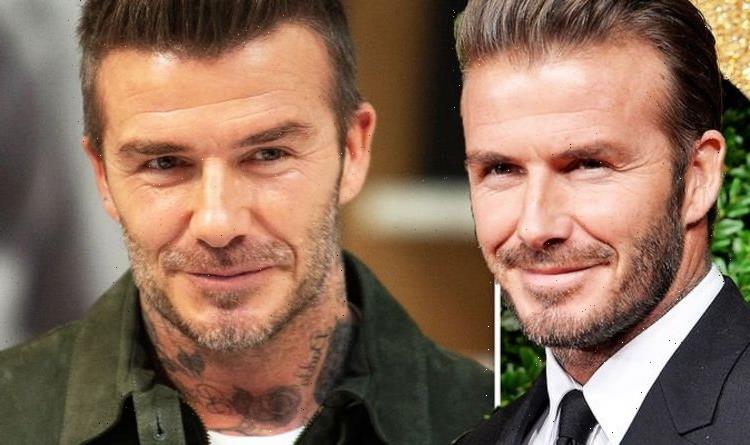 David Beckham sings carols while he starts the fire

Footballing legend David Beckham is in line for a knighthood next year, it has been reported. It has been claimed that the sporting champion, 46, has been formally nominated to become a Sir in June now his finances have been given the all-clear by Inland Revenue.

Source to The Sun

Seven years ago, the father-of-four was on the brink of receiving a knighthood.

However, he lost out on receiving the coveted title when a “red flag” warning from HM Revenue and Customs scuppered his chances.

Along with a whole host of other celebrities, the former Manchester United footballer invested in the controversial Ingenious Media scheme to reduce investors’ personal tax liability.

However, a source has now told The Sun that the sportsman had no knowledge of it at the time.

They claimed: “David, like many of the celebs embroiled with Ingenious, had no knowledge of what was going on at the time.

“His team first proactively approached HMRC almost two years ago, when David made his business independent, and then finally got it all settled, once and for all, this year.”

They went on to say that there is no “absolutely no reason” for the star to not receive a knighthood now the situation has been “cleared up”.

Following the end of his football career in May 2013, the sporting icon was widely expected to be knighted for his work in the London 2012 Olympics.

The footballing legend has raised a whopping £50million for charity over the years, working with organisations such as Unicef.

Following checks, the star’s financial status has now reportedly been upgraded to “green”, making him eligible for a knighthood.

Two years ago, a report published by The Sunday Times revealed that the Beckhams were amongst the highest taxpayers in Britain.

David and wife Victoria were said to have paid £12.7million in tax over a 12-month period.

In 2017, the former England footballer was caught up in a scandal over emails alleging to contain furious rants from the sports pro after being snubbed from landing a knighthood following his charity work.

In the emails to his PR manager, the star reportedly lashed out at the Honours Committee for not making him a Sir.

David’s representatives told Express.co.uk at the time: “David Beckham and UNICEF have had a powerful partnership in support of children for over 15 years.

“The David Beckham 7 Fund specifically has raised millions of pounds and helped millions of vulnerable children around the world.

“David Beckham has given significant time and energy and has made personal financial donations to the 7 Fund and this commitment will continue long term,” they added.

They continued: “Before establishing the 7 Fund, David had supported UNICEF and a number of other charities over many years, including donating his entire earnings from PSG during his time playing there.

“David and UNICEF are rightly proud of what they have and will continue to achieve together and are happy to let the facts speak for themselves,” it ended.

Exprss.co.uk has reached out to David Beckham’s representatives for comment.

Elon Musk hits back at claims his satellites are hogging space