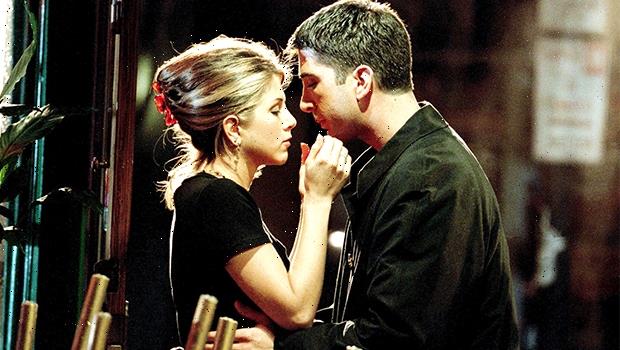 David Schwimmer shared more behind-the-scenes pictures from the Friends reunion special on June 7, and fans are going wild over one particular photo that shows him and his “crush”, Jennifer Aniston, sharing a warm embrace.

“After a very long day, last hug of the night,” David, 54, wrote in his caption to describe the picture of him and Jennifer, 52. “Thank you @hbomax for bringing us back together…”

In two other photos, David, Matthew, and Matt can be seen hanging outside, and the full cast can be seen huddling like they used to do before filming in front of a live-studio audience for 10 seasons between 1994 and 2004.

The reunion, which debuted on HBO Max on May 27, brought the entire cast back together to share memories from working on the show. And it was during the special that David revealed he had “had a major crush” on Jennifer during the first season of Friends. They played on-again/off-again lovers Ross Gellar and Rachel Green in the NBC series, so of course, it was sweet to hear.

“At some point, we were crushing hard on each other,” he said. “But it was like two ships passing, because one of us was always in a relationship and we never crossed that boundary. We respected that.”

“Honestly, I remember saying one time to David, ‘It’s going to be such a bummer if the first time you and I actually kiss is going to be on national television,’” Jennifer added. “Sure enough, first time we kissed was in that coffee shop. So we just channeled all of our adoration and love for each other into Ross and Rachel.”