Home » Celebrities » David Spade (?!?!?!?) to Take Over as Host of Bachelor in Paradise 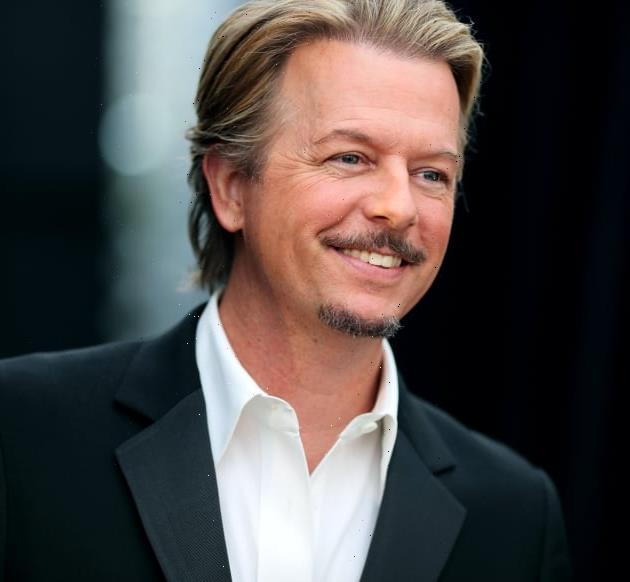 And David Spade is apparently about to be taking over.

Can’t say we saw that one coming.

Late Wednesday, multiple sources confirmed to multiple outlets that Harrison will NOT emcee the upcoming season of Bachelor in Paradise.

In his place, Spade will lead a throng of rotating celebrities, all of whom will have a chance to host the popular reality show.

Seriously. This is not a drill.

Representatives for ABC and Warner Bros. have not yet confirmed this surprising news, but Spade is a known fan of the Bachelor franchise, often cracking comments about it on Instagram.

“I like it all,” Spade told Jimmy Kimmel in March when asked to choose between The Bachelor and The Bachelorette.

“I just make fun of whatever’s in front of me.”

Harrison, of course, stepped away from The Bachelor earlier this year after he garnered a lot of backlash for the insensitive way in which he handled a scandal that centered around suitor Rachael Kirkconnell.

The eventual winner of Season 25, Kirkconnell was forced to apologized after a number of her past social media posts resurfaced while she was a contestant opposite Matt James.

Among the controversies these posts generated?

Photos of Rachael at a plantation-themed party in 2018.

Speaking to Rachel Lindsay on Extra about the incident, Harrison asked for “grace” when it came to judging Kirkconnell, completely ignoring those who have been affected by her actions.

He also apologized, multiple times, before temporarily walking away as host.

But now fans are wondering whether Harrison is gone for good.

We know, for example, that Tayshia Adams and Kaitlyn Bristowe will co-hoost Katie Thurston’s season of The Bachelorette, which begins on June 7.

“Chris Harrison will not be hosting the next season of The Bachelorette,” read a statement from ABC this spring.

“We support Chris in the work that he is committed to doing.”

“In his absence, former Bachelorettes Tayshia Adams and Kaitlyn Bristowe will support the new Bachelorette through next season.”

“As we continue the dialogue around achieving greater equity and inclusion within The Bachelor franchise, we are dedicated to improving the BIPOC representation of our crew, including among the executive producer ranks.

“These are important steps in effecting fundamental change so that our franchise is a celebration of love that is reflective of our world.”

While it’s not clear when, or if, Harrison will return to the franchise, he said in March during an appearance on Good Morning America that he does plan on coming back … at some point.

He shared in the interview that he is working with “a race educator and strategist” as well as faith leaders and scholars, such as Dr. Michael Eric Dyson.

“Dr. Dyson often talks to me about counsel, not cancel. That is full accountability … owning from that, learning from that.

“Seeking council from the community that you hurt, gaining experience knowledge and moving forward,” Harrison said on GMA.

He added at the time:

“I am saddened and shocked at how insensitive I was in that interview with Rachel Lindsay. I didn’t speak for my heart, that is to say I stand against all forms of racism …

Harrison also said back then that he’s “committed to progress, not just for myself, also for the franchise.”

If we had to guess, we’d predict that Harrison returns to host Michelle Young’s run as The Bachelorette this fall.

As for Bachelor in Paradise?

Aside from Spade, no other guest hosts have been announced.

Queen Elizabeth Was Legally Allowed to Discriminate Based On Race