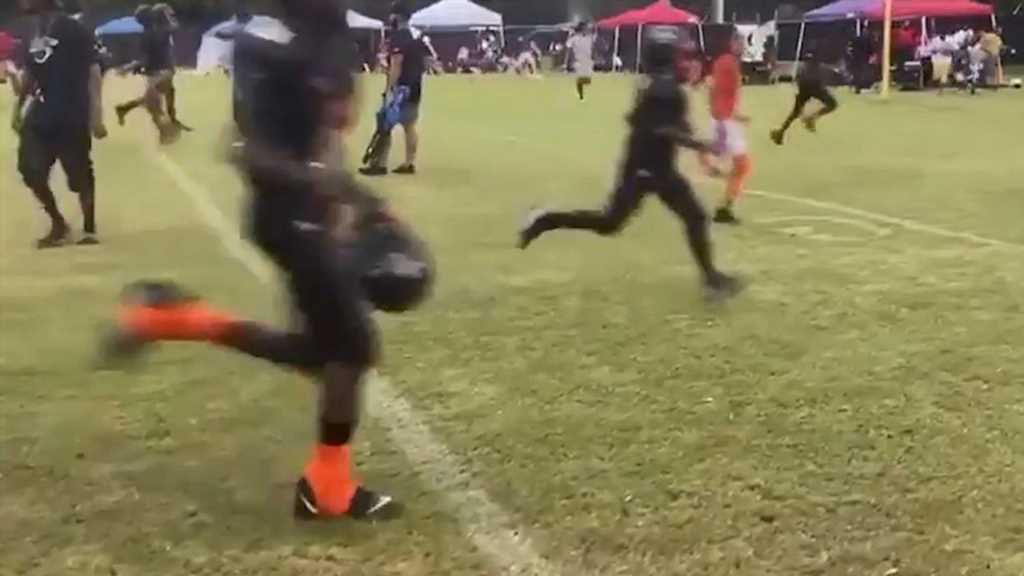 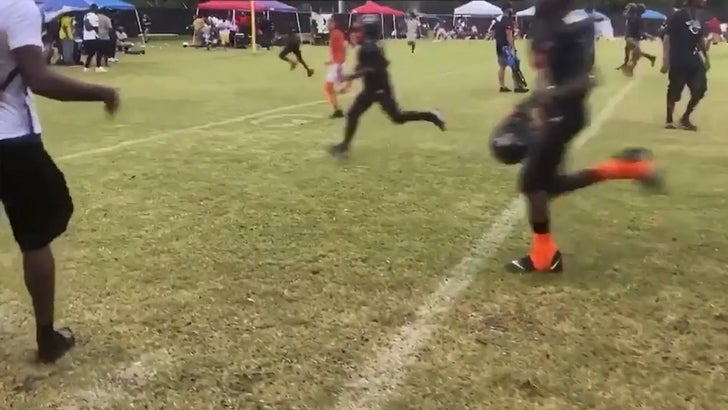 Cops are on the hunt for the person who opened fire at a youth football game in Jacksonville — killing a 27-year-old man and wounding his 7-year-old son.

Video shows the moment the shooting took place Sunday at the football fields next to Arlington Heights Elementary School.

The footage does NOT show either of the victims.

You can see dozens of children playing football while their families watch — and then all of the sudden, 4 gunshots ring out.

Cops describe the shooter as a man wearing a hoodie and a mask — who jumped out of a grey SUV and fired the shots, before jumping back in the vehicle and driving away.

Officials believe it was NOT a random shooting — they believe the 27-year-old victim was targeted.

During the shooting, most of the football players dropped to the ground to avoid being hit. Moments later, everyone on the field took off running, trying desperately to leave the area.

When the dust settled cops say the 27-year-old victim was killed in the attack — and a 7-year-old boy (believed to be his son) was also shot, but he’s expected to recover.

Officials are still looking for the suspect — and they’re asking anyone with information to reach out to the Jacksonville Sheriff’s Office at (904) 630-0500 or contact Crime Stoppers at 1-866-845-TIPS (8477) to remain anonymous.