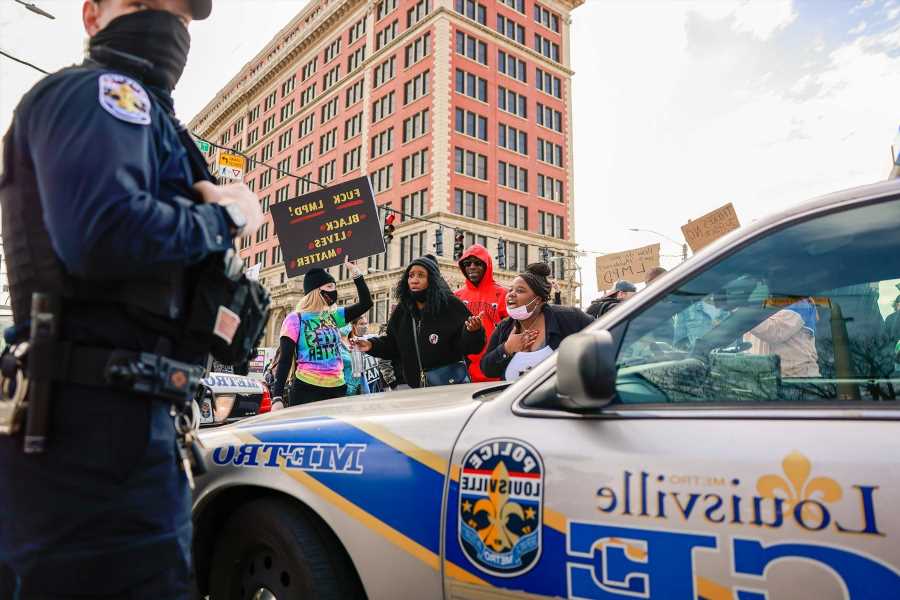 Department of Justice to Investigate Louisville Police Over Use Force, Discriminatory Tactics

Attorney General Merrick Garland announced that the Department of Justice will open an investigation into the Louisville Police Department and the Louisville/Jefferson County Metro Government over issues involving use of force, discriminatory policing and more.

The decision, announced Monday, April 26th, comes just days after the DOJ announced a similar investigation into the Minneapolis Police Department. Cops in Louisville and Minneapolis were at the center of the two highest instances of police brutality that sparked nationwide protests last year: Derek Chauvin’s murder of George Floyd in Minneapolis and the killing of Breonna Taylor during a botched raid in Louisville.

George Floyd's Murder Showed Our Pain to America. His Killer's Conviction Gives Many of Us a Shred of Hope

As the Louisville Courier Journal notes, Garland, at a press conference, did not say that the investigation was prompted specifically by Taylor’s death. He did, however, acknowledge the city’s $12 million settlement with her family.

“There are approximately 18,000 federal, state, and local law enforcement agencies in this country,” Garland said in a statement. “In each one, dedicated officers put themselves in harm’s way to protect others. Promoting public trust between communities and law enforcement is essential to making both communities and policing safer. Our enforcement efforts, as well as our grant-making and other support, will contribute to achieving that end and to protecting the civil rights of everyone in our country.”

The investigation will reportedly examine all types of force used by LMPD officers, specifically tactics on people with behavioral health issues and ostensibly protestors, who were referred to as “individuals engaged in activities protected by the First Amendment.” Investigators will also look at whether the LMPD conducts unreasonable stops, searches, seizures and arrests during patrols and while obtaining search warrants (Taylor was killed after police executed a no-knock warrant).

The DOJ’s Civil Rights Division, which will head up the investigation, also plans to review the LMPD’s policies, training and supervision, as well as the systems of accountability in place for police officers. Investigators will be speaking with community groups and residents about their experiences with the police as well.

Garland said during his press conference that Louisville Mayor Greg Fischer and Metro Council President David James had “pledged their support and cooperation” with the investigation. Garland added, “We will follow the facts and the law wherever they lead,” he said. “If violations are found, the Justice Department will aim to work with the city and police department to arrive at a set of mutually agreeable steps that they can take to correct and prevent unlawful patterns or practices.”