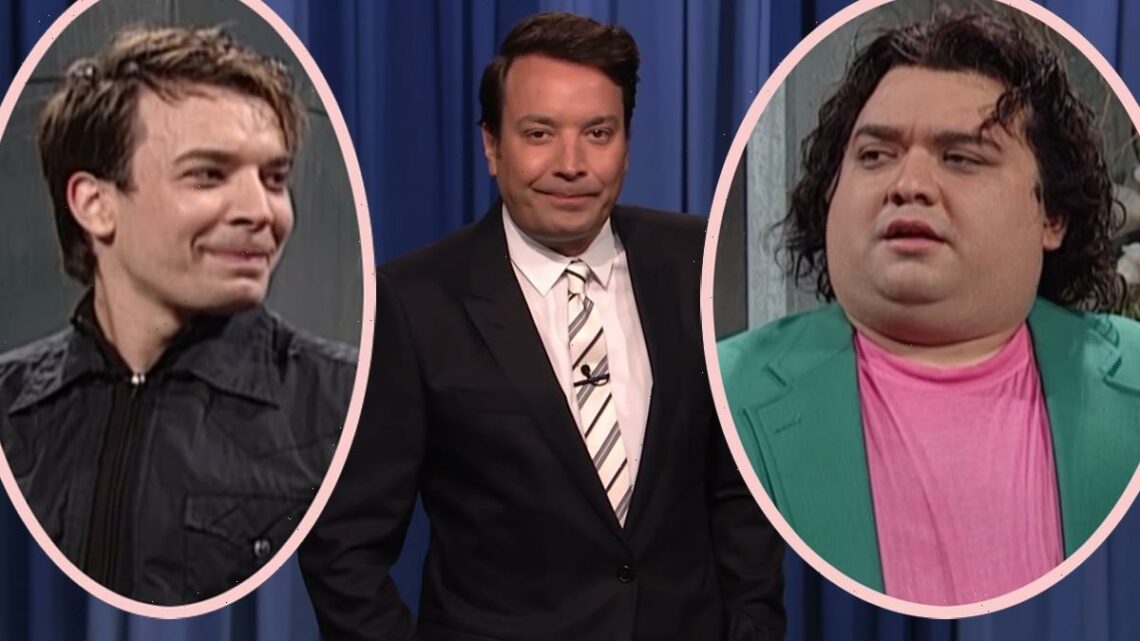 Well, this is just gross…

As you may have heard, last week a lawsuit was filed against Horatio Sanz, claiming the Saturday Night Live cast member began grooming and sexually assaulting a 15-year-old girl when he was 31 years old. Obviously that age disparity removes her ability to give legal consent.

What’s even more shocking is that according to the lawsuit, which was filed on Thursday in New York City, this was NOT a secret from the SNL cast — particularly not from Jimmy Fallon, whom the alleged victim says helped bring her into the world of SNL parties, and was well aware of her age!

While the Tonight Show host is not named as one of the defendants in the suit — those would be Sanz, SNL Studios, and NBCUniversal — whom she blames for enabling his behavior — Fallon’s name is all over the suit, and it seems clear the alleged victim considers him complicit.

And after reading the details of the docs (below), you may think so, too.

The alleged victim, who is just referred to as Jane Doe in the lawsuit, says she was an SNL superfan who started a fansite dedicated to the show and to Jimmy Fallon in particular when she was 14. She says at some point Fallon and Sanz saw the site and in January of 2000 they both emailed her “from an NBC email account” — when she was just 15 years old.

A few months later, Doe says, she attended a show taping where she met Sanz — who was “flirtatious and physically affectionate” towards her. She claims she started going to shows regularly and eventually, when she was 16 years old, was allowed into the infamous after parties for the first time, where — despite being underage — she was served alcohol. She says she drank with Sanz, in full view of everyone, and that he even had her sit on his lap, with “his arm around her hips, waist and buttocks.”

“So you have a few years before you graduate”

Doe makes clear that everyone knew her age.

She says after the September 11 attacks, she talked to Sanz about her experience seeing the attacks “while she was in her class in high school.” Later that month she attended another SNL after party where she says she drank with Sanz and Fallon, and again the following month. At that party she disclosed explicitly to Fallon and other cast members EXACTLY how old she was, per the suit:

“At the party, Plaintiff told Jimmy Fallon she was in high school to which he commented: ‘So you have a few years before you graduate’ and asked Plaintiff what she intended to study in college. They also discussed Plaintiff’s upcoming SAT. The people seated at the table became very quiet when Plaintiff disclosed she was a junior in high school.”

Later at that same party it’s said Fallon introduced her to SNL boss Lorne Michaels; they allegedly talked about the teen’s Jimmy Fallon-dedicated website. And yet she continued to be allowed to come to SNL parties where she was served alcohol. But it wasn’t just her.

The suit makes clear its claim that all of this was an open secret at SNL. She says at one party, when she was 17 years old, Sanz was seen by several other cast members and NBC employees “kissing her, groping her breasts, groping her buttocks, and digitally penetrating her genitals forcibly and without Plaintiff’s consent.”

Doe recalls one NBC employee who witnessed this commenting:

She says a friend who gave a contemporary account of the incident remembers her saying “thank god” she was wearing panty hose “because it stopped the action.”

Doe claims even after this incident, Fallon and Sanz got her into another SNL party where she was again served alcohol.

The suit says Sanz continued to message Doe “and solicit sexually explicit images” from her well into her college years. She says for years the SNL alum would continue to message her and “instructed her to masturbate as he had done in the past and steered conversations to cybersex.” Even though she was of legal age at that point, this was all happening because, as she claims, she had been groomed from such a young age to become accustomed to this behavior. She says he would also often ask her “if she had disclosed his abuse of her to anyone in a further effort to control and silence her.”

It sounds like Jane has some pretty strong evidence — the suit lists text messages she got years later from Sanz after she met him again at a comedy event in 2019. 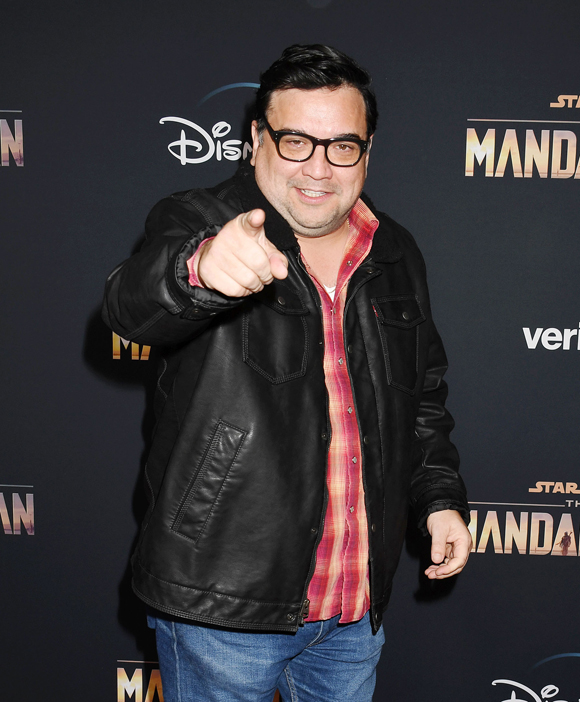 According to the suit, when they ran into one another, he bragged to her “that he masturbated during their conversations when she was underage.”

But just a few months later he contacted her via text message and spoke about their interactions very differently. He allegedly told her he “felt terrible about” having exploited her, writing:

“If you want to metoo me you have every right. Just believe me I’m not like that anymore.”

“I was a creep but a wounded creep. And I’ve tried to make amends since quitting drinking.”

“I was a lonely wreck. And I thought I was giving you some fun at those parties.”

He was apparently offended by something she said back to him as he also allegedly wrote:

“Making out with 16-year-old is far from Kiddie f**king. Not appropriate but Jesus. Kiddie F**ker?”

Presumably she still has these text messages saved and they can be corroborated? If so, it does not look good for the SNL alum’s defense.

Ultimately, Doe is not just blaming Sanz for his actions — but also Saturday Night Live and NBC for not stopping it. As the suit explains:

“Defendants SNL and NBC are liable for the assaults and sexual assaults of Plaintiff as a result of their own actions and inaction in sponsoring, encouraging and knowingly permitting Plaintiff, an underaged fan, into parties and serving her alcohol leading to further grooming, sexual harassment and sexual assault by Defendant SANZ and failing to properly supervise Defendant SANZ and retaining him, failing to properly supervise the properties it possessed and failing to have proper safety protocols in place at its events to protect against assaults of minors including plaintiff.”

You’d hope at some point someone would have carded this girl before serving her alcohol. Not to mention all the witnesses of the alleged sexual assaults of a minor — how did no one stop this??

As for Fallon, once again he is not listed as a defendant here. But while he may not be held legally liable for any of this, it obviously does NOT make a good look for the talk shot host, who was 25 years old when he allegedly first contacted her.

Sanz has responded through his attorney, Andrew Brettler, who called the allegations “categorically false” in a statement to NBC News. He also claimed the plaintiff approached Sanz in private first, demanding a $7.5 payoff “in exchange for her silence.” Brettler says his client refused because the story is “totally meritless”:

“However often she repeats her ludicrous allegations or tries to rope in other high-profile names to generate media attention, they will always be false.”

SNL Studios and NBCUniversal maintained they do not comment on legal matters. Likewise, Fallon has not responded — and considering his high profile TV job is still working for NBC, we can’t imagine he will.

Sanz may be fighting this lawsuit tooth and nail, but will NBC? Or is it safer for them just to bury it to avoid the bad publicity for their late night golden boy??

What do YOU think of this lawsuit, Perezcious paralegals?? You can view the full lawsuit HERE.

Unions: Jabbed staff who get pinged should be allowed to isolate