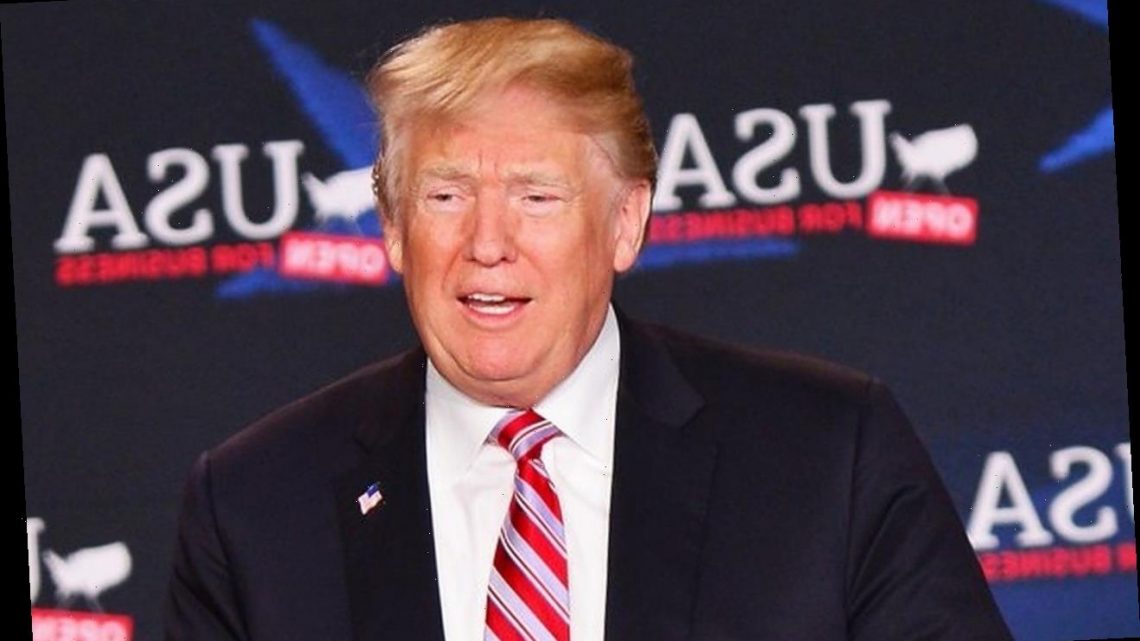 The officials at the action union have decided to pre-emptively deny any potential re-admission request by the former President of the United States after he quit the organization.

The union’s national board members were planning a Disciplinary Committee hearing to determine if The Apprentice host should be expelled when Trump decided to step down in a strongly-worded letter to president Gabrielle Carteris.

The officials ordered the hearing last month (Jan21), insisting Trump’s comments and actions during his term as President and beyond violated their Constitution.

In his letter of resignation, Trump wrote, “I write to you today regarding the so-called Disciplinary Committee hearing aimed at revoking my union membership. Who cares! While I’m not familiar with your work, I’m very proud of my work on movies such as Home Alone 2, Zoolander and Wall Street: Money Never Sleeps; and television shows including The Fresh Prince of Bel-Air, Saturday Night Live, and of course, one of the most successful shows in television history, The Apprentice – to name just a few!”

“I’ve also greatly helped the cable news television business (said to be a dying platform with not much time left until I got involved in politics), and created thousands of jobs at networks such as MSDNC and Fake News CNN, among many others. Which brings me to your blatant attempt at free media attention to distract from your dismal record as a union. Your organization has done little for its members, and nothing for me…”

“I no longer wish to be associated with your union. As such, this letter is to inform you of my immediate resignation from SAG-AFTRA. You have done nothing for me.”

Responding to the letter, Carteris wrote, “Thank you.”

Over the weekend, via a Zoom videoconference, the SAG-AFTRA National Board passed a resolution pre-emptively denying any potential re-admission applications by Trump.

“Preventing Donald Trump from ever rejoining SAG-AFTRA is more than a symbolic step,” said Carteris. “It is a resounding statement that threatening or inciting harm against fellow members will not be tolerated. An attack against one is an attack against all.”

The board initially acted on charges initiated by SAG-AFTRA National Executive Director David White at the request of Carteris, which cite Trump’s role in inciting the attack on the U.S. Capitol, and in “sustaining a reckless campaign of misinformation aimed at discrediting and ultimately threatening the safety of journalists, many of whom are SAG-AFTRA members.”

At the end of Saturday’s videoconference, the union bosses declared, “The National Board hereby finds that the well-documented actions by Donald J. Trump to undermine the peaceful transition of power in the United States, and to undermine the delivery of truthful information to the public by attacking journalists is anathema to the values embodied by SAG-AFTRA and to the members of SAG-AFTRA; and The National Board hereby finds that any future re-admission to membership of Donald J. Trump would not be in the best interests of the union.”

“The National Board hereby directs that any future application for admission to membership in SAG-AFTRA by Donald J. Trump shall be denied.”