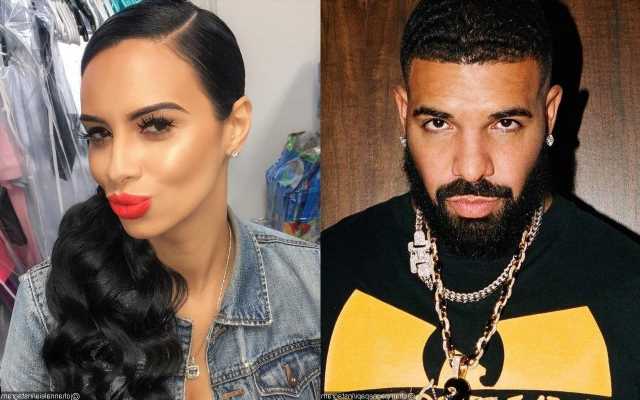 Rumor has it, the ‘Toosie Slide’ star has been romantically involved with the Instagram model for ‘several months’ before they were caught on camera enjoying a romantic dinner.

AceShowbiz –Drake has been dating Johanna Leia for “several months.”

The “Hotline Bling” hitmaker was spotted having dinner with the social media influencer inside Dodgers Stadium in Los Angeles last week (end11Jul21) and it’s now emerged they have been together for some time, People magazine have confirmed.

And Drake, 34, has become a mentor to Johanna’s 17-year-old son Amari Bailey, who is preparing to start UCLA as a basketball player in 2022, giving him advice on how to handle attention and pressure, TMZ reports.

Amari – whose father is former NFL player Aaron Bailey – currently plays for Sierra Canyon High, where Drake had previously been seen with Johanna and actor Michael B. Jordan.

The couple enjoyed dinner near the first base line at the sports ground last week after Drake made a donation to a Dodgers’ foundation.

ABC7 helicopter reporter Chris Christi tweeted about the news, writing, “@DRAKE ON A DATE? Randomly just flew over this cozy couple enjoying a private dinner along the third base line at an empty Dodger Stadium from #[email protected]#Drizzy. (sic)”

In photos shared by the reporter, the 40-year-old beauty was seen wearing a Dodgers jersey while the “God’s Plan” hitmaker donned his signature sweater look.

Their table had champagne glasses and various vases filled with flowers on it.

And over the weekend, the model further fuelled speculation they were in a relationship as she shared an Instagram Story video which featured Drake’s “Laugh Now Cry Later” playing in the background.

Drake – who has three-year-old son Adonis with Sophie Brussaux – has kept his love life out of the spotlight in recent years, but his most high-profile romance was with fellow musician Rihanna.

The couple broke things off in 2016, and although it was claimed at the time they could have rekindled their romance, the pair stayed separated.