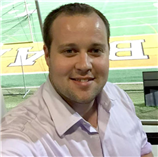 During times of hardship and scandal, it is not uncommon for famous families to hunker down and make no big decisions.

Despite the horrors revealed in court following Josh Duggar’s arrest, the Duggars aren’t doing that.

Instead, Jim Bob is flexing his wealth with no sign of slowing down.

But there’s good news: it looks like it just got harder for Jim Bob to rake in reality TV money.

One particular sticking point has been how the family was on and remained on reality TV.

Jim Bob has raked in a tremendous amount of money over the years as his family achieved fame on TLC.

Is that about to change?

Despite the presence of Josh Duggar and his accomplices after-the-fact, 19 Kids and Counting was a hit show.

There are people who, even in 2021, would like to keep watching these old episodes … for whatever reason.

If they’re trying to watch them on Apple TV or on Amazon Prime, they are out of luck.

Both streaming platforms previously offered episodes of 19 Kids and Counting.

However, it seems that neither platform is offering the episodes in the wake of Josh’s arrest.

We have to clarify that sometimes platforms just do this, listing items as no longer available.

(Every time that i search Amazon for The Secret Circle, an extremely underrated show, I get the same thing … heartbreaking)

This is usually a licensing thing, where it’s Netflix’s turn or HBO Max’s turn (etc) to air some content for a few months or years.

It sounds like Amazon Prime and Apple TV may have simply pulled this video from their sites.

Picture this: a screenshot of Josh Duggar’s creepy, smiling face with Amazon’s logo above it.

That’s what both Amazon and Apple seemed intent upon avoiding.

However, they’re clearly following in TLC’s footsteps when it comes to keeping one piece of tainted merchandise.

Counting On is still accessible and viewable on these streaming platforms.

Josh is not part of that show, as it is the spinoff that was concocted to sneakily keep the Duggar family on the air.

At first, it did not feature Josh’s accomplices — Jim Bob and Michelle — who infamously hid his crimes as a teenager.

However, little by little, TLC boiled the frog, letting Jim Bob and Michelle inch their way back into the spotlight.

Was it disgusting? Yes. Was it surprising? No.

TLC is a business. They don’t hesitate to employ monsters if they can get away with putting them on TV.

So long as they can make money off of the worst people alive (and Jim Bob and Michelle certainly qualify), they will.

If there had not been a public outcry, it is difficult to imagine that TLC would have changed a thing about 19 Kids and Counting.

Viewer boycotts and advertiser pullouts get the attention of networks and streaming platforms.

Will Amazon or Apple quietly sneak 19 Kids and Counting back onto their platforms one day, years from now?

It’s extra possible if Josh is acquitted, as if that would actually change anything about who he is.

Ultimately, it is up to fans to keep up the pressure. We must all make the Duggars unprofitable.

Otherwise, TLC will keep cutting checks to Jim Bob (not to his daughters).

Watching the Duggars is tempting, but more ratings makes it easier for Jim Bob to get away with whatever he wants — like protecting Josh.