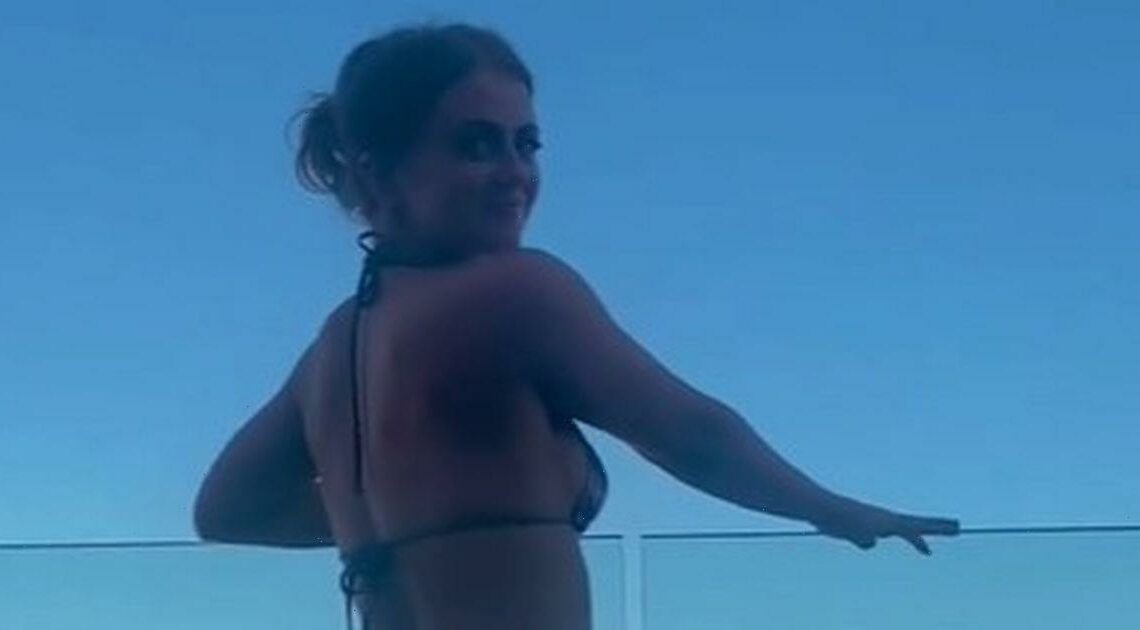 Maisie Smith was positively glowing as she oozed confidence while wearing a thong bikini on holiday.

The former EastEnders star, 21, has been enjoying a sun-kissed getaway to the Algarve in Portugal with her loved ones in snaps shared on her social media.

Standing on what appears to be a hotel balcony, the star showed off her stunning athletic figure as she smiled into the camera. Her silhouette is accentuated further by the gorgeous sea view landscape in the background.

Maisie, who portrayed Tiffany Butcher in the hit BBC One soap, wore a thong bikini and flip-flops before completing the look with her hair pulled back off her shoulders.

This comes days after she shared a selection of images on her Instagram alongside her friends. The star looked relaxed and happy while exploring her European destination.

In one of her pictures, she got glammed up ready for a night out with her pals and slipped into a green co-ord ensemble. She kept her hair tied back and finished the look with smokey eyeshadow and gold hoop earrings.

Fans were quick to comment with one user writing: "You're so beautiful and gorgeous" as another gushed: "You're literally living your best life."

A third quipped: "Can you make a quick return to Enders please, it’s getting boring without you."

“Hope u had a lush time looking amazing by the way,” chimed another as a fourth added:” Nah if I can’t look like Maisie then what’s the point.”

The actress left the cast of EastEnders in December 2021, with her character heading off to Germany to join her dad Ricky Butcher (Sid Owen).

Maisie briefly returned to Albert Square earlier this year to appear in a couple of episodes leading up to her on-screen husband Keegan Baker's (Zac Morris) departure.

After leaving Walford behind, Maisie has headed on tour with the Strictly Come Dancing 2021 cast, following her appearance on the BBC One show back in 2020 where she finished in second place behind comedian Bill Bailey.

Back in May, she revealed that she will be teaming up with her former Strictly partner Kevin Clifton once again to take to a different type of dance floor.

Strictly judge Craig Revel Horwood is directing a new stage show titled, Strictly Ballroom: the musical tour, which is based on the film, and during an appearance on Lorraine Maisie confirmed that she will be performing in the show alongside Kevin.