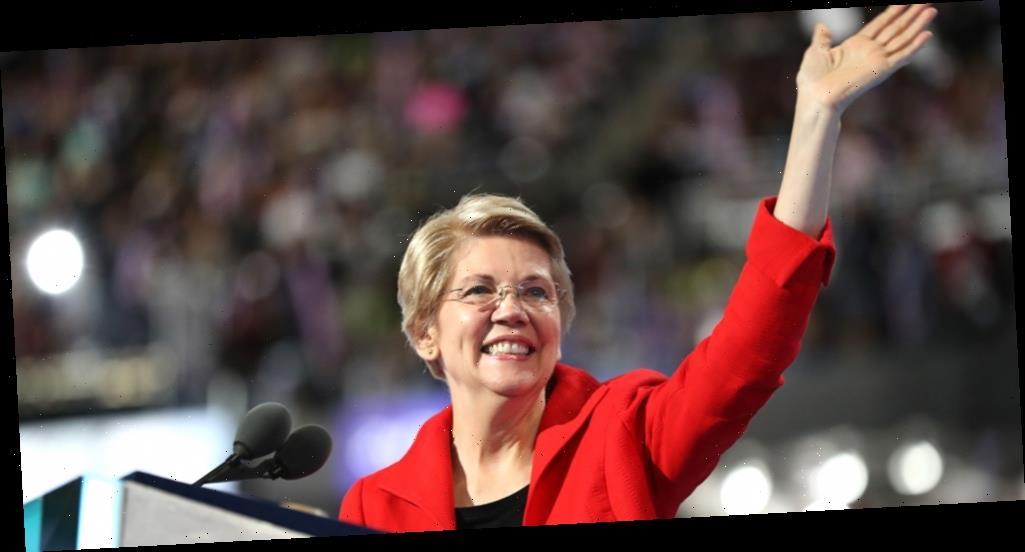 Elizabeth Warren Speaks Out After Dropping Out of the Presidential Race

Elizabeth Warren is opening up after news broke that she will be suspending her campaign for President of the United States.

The Presidential hopeful posted a statement on Wednesday (March 4) regarding her decision following the results of Super Tuesday.

PHOTOS: Check out the latest pics of Elizabeth Warren

Elizabeth has not yet indicated if she will be making an endorsement in the race to become the next Democratic presidential nominee. Joe Biden and Bernie Sanders lead, with Tulsi Gabbard also still in the race.

“I want to start with the news. I want all of you to hear it first, and I want you to hear it straight from me: Today, I’m suspending our campaign for president. I know how hard all of you have worked. So from the bottom of my heart, thank you for everything you have poured into this campaign,” she began her message.

I want to start with the news. I want all of you to hear it first, and I want you to hear it straight from me: Today, I’m suspending our campaign for president.

I know how hard all of you have worked. So from the bottom of my heart, thank you for everything you have poured into this campaign.

I know that when we set out, this was not what you ever wanted to hear. It is not the call I ever wanted to make. But I refuse to let disappointment blind me — or you — to what we’ve accomplished. We didn’t reach our goal, but what we have done together — what you have done — has made a lasting difference. It’s not the scale of the difference we wanted to make, but it matters — and the changes will have ripples for years to come.

So think about it:

We have shown that it is possible to build a grassroots movement that is accountable to supporters and activists and not to wealthy donors — and to do it fast enough for a first-time candidate to build a viable campaign. Never again can anyone say that the only way that a newcomer can get a chance to be a plausible candidate is to take money from corporate executives and billionaires. That’s done.

We have also shown that it is possible to inspire people with big ideas, possible to call out what’s wrong and to lay out a path to make this country live up to its promise.

We have also shown that race and justice — economic justice, social justice, environmental justice, criminal justice — are not an afterthought, but are at the heart of everything that we do.

We have shown that a woman can stand up, hold her ground, and stay true to herself — no matter what.

We have shown that we can build plans in collaboration with the people who are most affected. You know, just one example: Our disability plan is a model for our country, and, even more importantly, the way we relied on the disability communities to help us get it right will be a more important model.

And one thing more: Campaigns take on a life and soul of their own and they are a reflection of the people who work on them.

This campaign became something special, and it wasn’t because of me. It was because of you. I am so proud of how you all fought this fight alongside me: You fought it with empathy and kindness and generosity — and of course, with enormous passion and grit.

Some of you may remember that long before I got into electoral politics, I was asked if I would accept a Consumer Financial Protection Bureau that was weak and toothless.

And I replied that my first choice was a consumer agency that could get real stuff done, and my second choice was no agency and lots of blood and teeth left on the floor.

In this campaign, we have been willing to fight, and when necessary, we left plenty of blood and teeth on the floor. And I can think of one billionaire who has been denied the chance to buy this election.

So if you leave with only one thing, it must be this: Choose to fight only righteous fights, because then when things get tough — and they will — you will know that there is only one option ahead of you: Nevertheless, you must persist.

You should all be so proud of what we’ve done together — what you have done over this past year.

We built a grassroots campaign that had some of the most ambitious organizing targets ever — and then we turned around and surpassed them.

Our staff and volunteers on the ground knocked on over 22 million doors across the country. You made 20 million phone calls and sent more than 42 million texts to voters. That’s truly astonishing. It is.

We fundamentally changed the substance of this race.

You know a year ago, people weren’t talking about a two-cent wealth tax, universal childcare, cancelling student loan debt for 43 million Americans while reducing the racial wealth gap, or breaking up big tech. Or expanding Social Security. And now they are. And because we did the work of building broad support for all of those ideas across this country, these changes could actually be implemented by the next president.

A year ago, people weren’t talking about corruption, and they still aren’t talking about it enough. But we’ve moved the needle, and a hunk of our anti-corruption plan is already embedded in a House bill that is ready to go when we get a Democratic Senate.

We also advocated for fixing our rigged system in a way that will make it work better for everyone — regardless of your race, or gender, or religion, regardless of whether you’re straight or LGBTQ+. And that wasn’t an afterthought, it was built into everything we did.

And we did all of this without selling access for money. Together, more than 1,250,000 people gave more than $112 million dollars to support this campaign. And we did it without selling one minute of my time to the highest bidder. People said that would be impossible — but you did that.

And we also did it by having fun and by staying true to ourselves. We ran from the heart. We ran on our values. We ran on treating everyone with respect and dignity.

Four-hour selfie lines and pinky promises with little girls. And a wedding at one of our town halls. We were joyful and positive through all of it. We ran a campaign not to put people down, but to lift them up — and I loved pretty much every minute of it.

So take some time to be with your friends and family, to get some sleep, maybe to get that haircut you’ve been putting off. Do things to take care of yourselves, gather up your energy, because I know you are coming back. I know you — and I know that you aren’t ready to leave this fight.

You know, I used to hate goodbyes. Whenever I taught my last class or when we moved to a new city, those final goodbyes used to wrench my heart. But then I realized that there is no goodbye for much of what we do.

When I left one place, I took everything I’d learned before and all the good ideas that were tucked into my brain and all the good friends that were tucked in my heart, and I brought it all forward with me — and it became part of what I did next. This campaign is no different. I may not be in the race for president in 2020, but this fight — our fight — is not over. And our place in this fight has not ended.

Because for every young person who is drowning in student debt, for every family struggling to pay the bills on two incomes, for every mom worried about paying for prescriptions or putting food on the table, this fight goes on.

For every immigrant and African American and Muslim and Jewish person and Latinx and trans woman who sees the rise in attacks on people who look or sound or worship like them, this fight goes on.

And for every person alarmed by the speed with which climate change is bearing down upon us, this fight goes on.

And for every American who desperately wants to see our nation healed and some decency and honor restored to our government, this fight goes on.

And sure, the fight may take a new form, but I will be in that fight, and I want you in this fight with me. We will persist.

One last story: When I voted yesterday at the elementary school down the street, a mom came up to me. And she said she has two small children, and they have a nightly ritual. After the kids have brushed teeth and read books and gotten that last sip of water and done all the other bedtime routines, they do one last thing before the two little ones go to sleep.

Mama leans over them and whispers, “Dream big.” And the children together reply, “Fight hard.”

Our work continues, the fight goes on, and big dreams never die.

Thank you from the bottom of my heart.