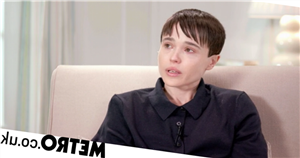 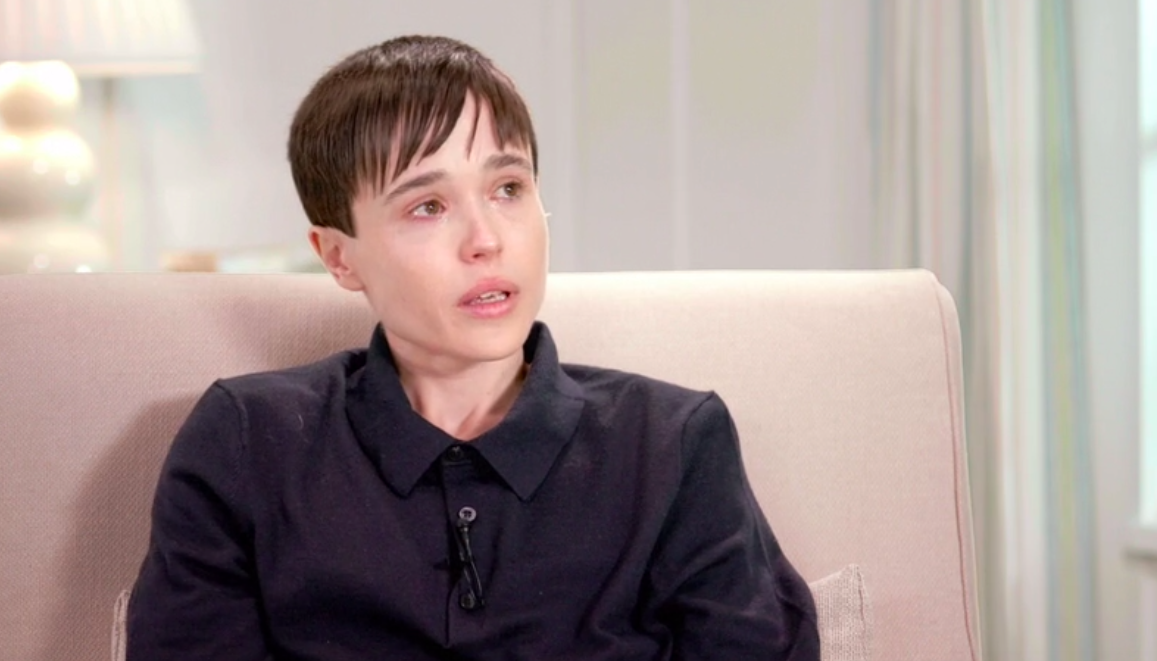 Elliot Page collapsed after the premiere of Inception after wearing a dress and heels.

The 34-year-old came out as transgender in December 2020, informing the world that his pronouns are he/they.

Elliot shot to fame aged 20 playing a pregnant teenager in Juno, and went on to star in blockbusters like X-Men and the Christopher Nolan film Inception, in which he starred opposite Leonardo DiCaprio and Joseph Gordon-Levitt.

Speaking to Oprah Winfrey on The Oprah Conversation, the actor said that at this time in his life, he had been ‘wearing a dress and heels to pretty much every single event’, and explained that prior to the Inception premiere in Paris, his manager offered him a choice of three dresses to wear and he ‘lost it, it was like a cinematic moment’.

Elliot ended up wearing a black and grey asymmetric dress to the Paris premiere, and after the screening, he suffered a panic attack.

He said: ‘That night, after the premiere at the after party, I collapsed. That was something that’s happened frequently in my life, usually corresponding with a panic attack. I’m sure the two correlate, and the whole period correlates.

‘Ultimately, it’s every experience you’ve had since you were a toddler, people saying, “The way you’re sitting, that’s not ladylike, the way you’re walking, you’re walking like a boy, the music you’re listening to as a teenager, the way you dress…,” every aspect of who you are being looked at and put in a box in a very binary system. That’s what it leads to.’

Elliot said that the clothes he was made to wear while filming movies made him feel ‘unwell’, and he began to tear up as he discussed his experience at the 2008 Oscars, at which he was nominated for best actress.

He said: ‘It wasn’t good. That was a pretty intense time. I remember it felt so impossible to communicate with people how unwell I was, because obviously there is so much excitement. The film unexpectedly became a big hit, I became quite known, your financial situation… all these things and I felt I couldn’t express the degree of pain I was in.

‘The Oscars, for example, I could not look at a photo from that red carpet. People might watch this and be like, “Oh my gosh, this person is crying about the night they went to the Oscars.” I think that again prevents the ability to allow yourself to not just feel the pain, to reflect on the pain, to even begin to sit down and start to bring it all up and finally confront all of that.’

When Oprah asked if Elliot knew he was trans at that time, he said: ‘For so long I didn’t have that much language or information… I think there was periods in my life when it would come up. I remember when I reading Redefining Realness [by Janet Mock], I remember having a moment where I was like “I’m trans”. And it was as if I took the thought and shoved it away. I clearly just wasn’t ready.’

Elliot came out as gay in 2014, but explained that while it ‘relieved a lot’ for him, it didn’t relieve the discomfort in his body.

Elsewhere in the interview, the Umbrella Academy star shared that he knew he was not a girl from when he was young, recalling asking his mother if he could be a boy when he grew up.

Oprah said that she hoped that the interview would be an ‘invitation for us all to understand, appreciate and know inside ourselves that every human born to the planet wants the same thing, and that is to be accepted, to be loved, and to live in health and safety as our authentic selves’.

Since coming out, Netflix has updated the credits on all films starring Elliot to reflect his new identity, and he will continue to play Vanya on The Umbrella Academy.

The Oprah Conversation is available to stream on Apple TV Plus.