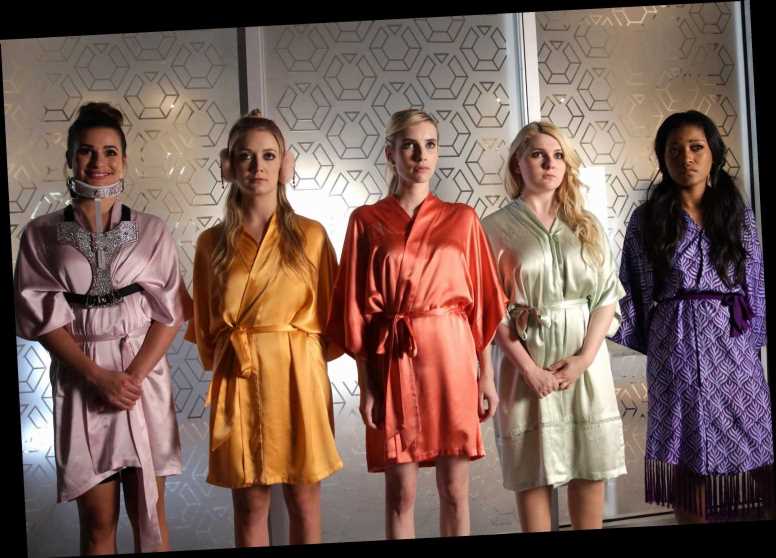 Boy moms, unite! I think we all missed a super funny fact: Former Scream Queens costars Emma Roberts, Lea Michele, and Billie Lourd were all pregnant with their sons at the same time. Lea and Billie have already given birth, and Emma is expecting to welcome her son with boyfriend Garrett Hedlund soon. In an appearance on SiriusXM, Emma discussed the strange coincidence.

“It’s pure witchcraft, she joked. “I don’t know how else to explain it. It was not planned.”

She continued, “It’s been really amazing to have support being pregnant during this time… It was like people I’m so close to and it’s been amazing. And I mean, I just, we couldn’t have planned it better, honestly.”

Emma, Lea, and Billie played frenemies on the comedy-slasher Scream Queens, which followed a group of sorority girls called “the Chanels” who find themselves in the middle of a murder-mystery.

“I’m glad they’re boys. I would be scared if we all had girls… it would be mini Scream Queen,” she joked. “I don’t think the world’s ready for that. So I’m grateful that we were all given voice, although who knows they could be Scream Queens. We don’t know yet.”

Emma revealed that she’s pregnant with a baby boy in an Instagram on August 30. She and her boyfriend, Garrett, started dating in 2019. In the sweet pic, she cradled her baby bump with the caption, “Me…and my two favorite guys.”