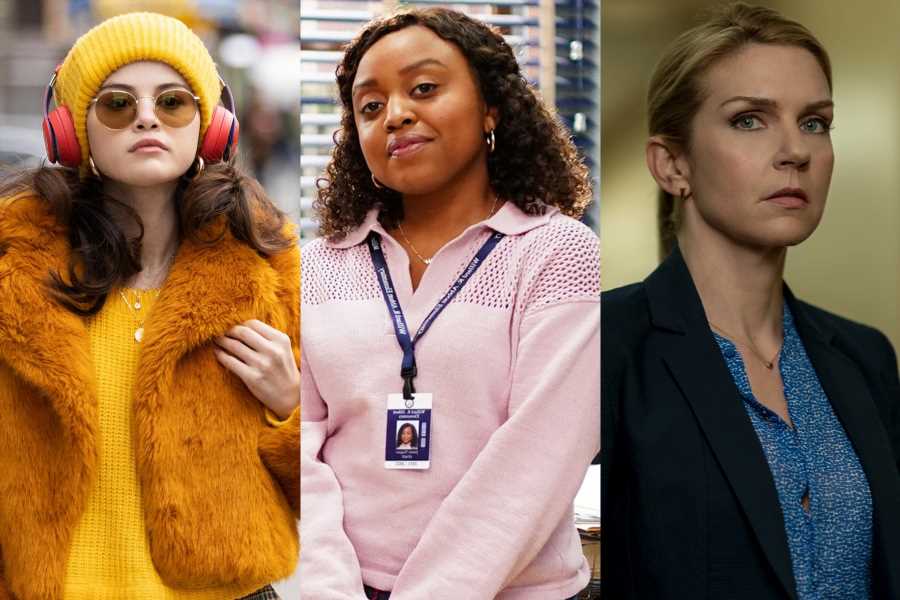 We live in a world of 500-plus scripted TV series a year, where there is literally more programming than anyone can watch (even those of us whose only job is watching television). So discussing Emmy snubs feels somewhat beside the point, and any new show or performer breaking into a category filled with past nominees should almost by definition qualify as a surprise.

But even so, there was a lot to be unexpectedly happy about within this year’s nominees, as well as some disappointing — or even startling — absences. Here are some of the notable ones from both categories.

Surprise: Rhea Seehorn for Better Call Saul
Seehorn — the best dramatic actor on television for almost the entire run of the Breaking Bad prequel — was basically in her own category of snub prior to today, having never received a nomination over the course of her career. Better late than never. Since this nom is for the first half of the final season (and thus doesn’t include her spectacular work in last night’s episode) perhaps it’ll turn out to be a situation like Anna Gunn winning for the split final season of Breaking Bad after being ignored for most of the early seasons. If nothing else, this is a start.

Snub: Station Eleven/Suprise: Himesh Patel for Station Eleven
The HBO Max series about a surprisingly joyful post-pandemic world was one of the most special programs to run anywhere in the last year, and Mackenzie Davis’ performance as a woman who was a little girl when the world as she knew it ended was incredible. The spots that should have been rightly theirs instead went to Netflix’s terrible Inventing Anna and its shockingly off-key performance by the usually great (and past Emmy favorite) Julia Garner. On the other hand, who would have expected that Davis’ co-star Himesh Patel would have found his way into the movie/miniseries lead actor category opposite big names like Andrew Garfield, Oscar Isaac, and Michael Keaton? And Station Eleven did well overall, with nominations for writing, directing, Dan Romer’s miraculous score, and more. But the two most deserving categories eluded it.

Surprise: Quinta Brunson and Abbott Elementary
This is perhaps stretching the definition of “surprise,” since Abbott Elementary is an increasingly rare example of a broadcast network series becoming a hit and a critical darling right out of the gate. There are still a lot of Emmy voters who came up in the broadcast world and want to support shows that succeed there. Still, seven nominations — including double nominations for creator/star Brunson — was a pretty wide show of support in an ever more crowded comedy field.

Snub: This Is Us
Nostalgia for the glory days of the Big Four networks only went so far. This Is Us was a perennial nominee for most of its run, yet was largely shut out for its farewell season, with a lone nod for the original song “The Forever Now” from the Kate’s wedding episode.

Surprise: Double nominee Sydney Sweeney
It was a great day for the busy and talented Sweeney. She was nominated for two wildly different supporting performances: as the hysterical (in every sense) Cassie on Euphoria (when only Zendaya had been nominated among the show’s cast for the previous season) and as the ruthlessly catty Olivia on The White Lotus. (Count the movie/miniseries supporting actress category as something of a surprise of its own, as five of the seven nominations went to White Lotus cast members. Emmy voters really loved that show.)

Snub: Selena Gomez for Only Murders in the Building
The Hulu comedy is 100 percent a three-hander among Gomez, Steve Martin, and Martin Short, with the generation gap between her and the older men driving a lot of the humor, and her dry yet vulnerable performance delivering a lot of the series’ heart. Yet Gomez’ two older co-stars were both nominated, while she wasn’t. (Brunson and Ellen Fanning — who was snubbed for the first season of The Great — got the two slots that didn’t go to actresses who had previously been nominated for their current roles.)

Surprise: Squid Game sweeps
The South Korean thriller was perhaps the most talked-about show of the entire eligibility period, and some nominations seemed inevitable. But 14 of them — including five different acting nominees, starting with leading man Lee Jung-jae — was far beyond what even Netflix might have hoped for a non-English series.

Snub: Sarah Goldberg for Barry
Speaking of Emmy voter inertia, once you are in with a nomination, you often stay in for the life of the series, especially if your work stays great, or gets better. That wasn’t the case for Goldberg, nominated for Barry Season Two but left out for her Season Three work — as raw and weird and sad and disturbingly funny as anything anyone did this year on the hitman comedy.

Snub: Atlanta, Better Things, and Reservation Dogs
It was a tough year to be a half-hour show developed by FX not named What We Do in the Shadows. (And even the vampire comedy still can’t get any awards traction for its hilarious cast.) Atlanta earned a handful of nominations for its long-awaited fourth season, but not for comedy series, and Donald Glover was its only nominated actor (when, if anyone should have been nominated from the cast, it was Brian Tyree Henry). Maybe voters just didn’t like the anthology episodes? Pamela Adlon’s intimate family dramedy Better Things received some Emmy love in the past but was completely ignored for its beautiful final season. And the singularly wonderful new comedy Reservation Dogs also failed to be recognized.

Snub: Pachinko
Apple TV+ certainly can’t complain about the morning it had, with Ted Lasso and Severance deservingly among the most-nominated shows overall. (Though ideally, Christopher Walken’s Severance nomination would have gone to Tramell Tillman, who had a lot more to do and did so much with it.) Still, it’s a shame the streamer couldn’t get any awards light (besides a nod for its delightful musical main-title sequence) on its emotionally overwhelming adaptation of Min Jin Lee’s novel about many generations of a Korean family caught up in ongoing conflict between Korea and Japan.

Surprise: Melanie Lynskey for Yellowjackets
The surprise isn’t that Lynskey was nominated for her work on the breakout Showtime drama, especially when the submissions were carefully arranged so that Lynskey and co-star/fellow nominee Christina Ricci were going up for different categories. It’s more that Lynskey has been doing spectacular work in TV and film since she was a teenager with Kate Winslet in Heavenly Creatures, and this is her first major acting nomination of any kind. What took so long?

Snub: Julia Roberts for Gaslit, Kevin Costner for Yellowstone
In one sense, both of these should be expected. Roberts wasn’t nominated for her last TV project, Amazon’s Homecoming, and Costner hadn’t previously been nominated for his work on the Paramount Network hit. But Gaslit is emblematic of how this spring’s usual Emmy-baiting season was wildly out of control, with project after project featuring huge stars struggling to get any notice at all because of how many there were. Once upon a time, it would have been a huge deal for a miniseries to star Roberts and Sean Penn; now, it’s like it didn’t even happen. And Paramount put a lot of marketing muscle behind a Yellowstone Emmy campaign, on top of all the press about what a gigantic hit the show has become, plus the growing TV empire of its creator, Taylor Sheridan. If it didn’t happen this year, it’s not going to.