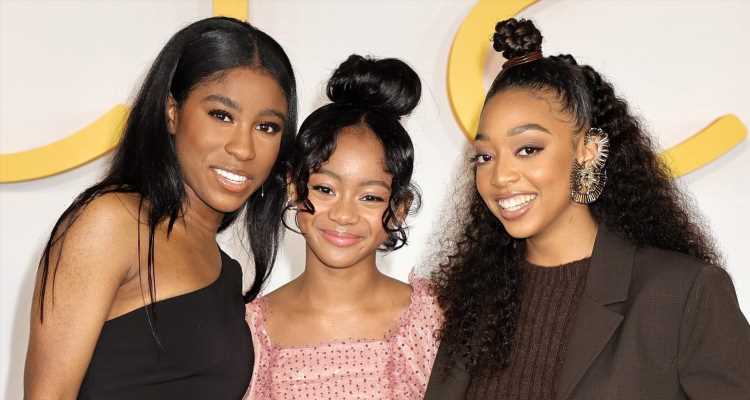 Eris Baker, Faithe Herman and Lyric Ross snap a cute group photo while attending the This Is Us season six premiere event held at Paramount Pictures Studios on Tuesday (December 14) in Los Angeles.

The Pearson sisters joined many of their co-stars at the event, including Asantee Blackk, who plays Malik Hodges.

If you didn’t know, the upcoming sixth season of This Is Us will be the hit series’ final season, and it premieres Tuesday, January 4th at 9pm ET/PT on NBC.

In the final season, Jack (Milo Ventimiglia), Rebecca (Mandy Moore), Randall (Sterling K. Brown), Kate (Chrissy Metz), Kevin (Justin Hartley), Beth (Susan Kelechi Watson) and Toby (Chris Sullivan) remind us that stories may end but memories are forever. The emotional journey continues in the final season of This Is Us. Check out the trailer below!

ICYMI: Find out what some of the stars of This Is Us said about the possibility of a movie.