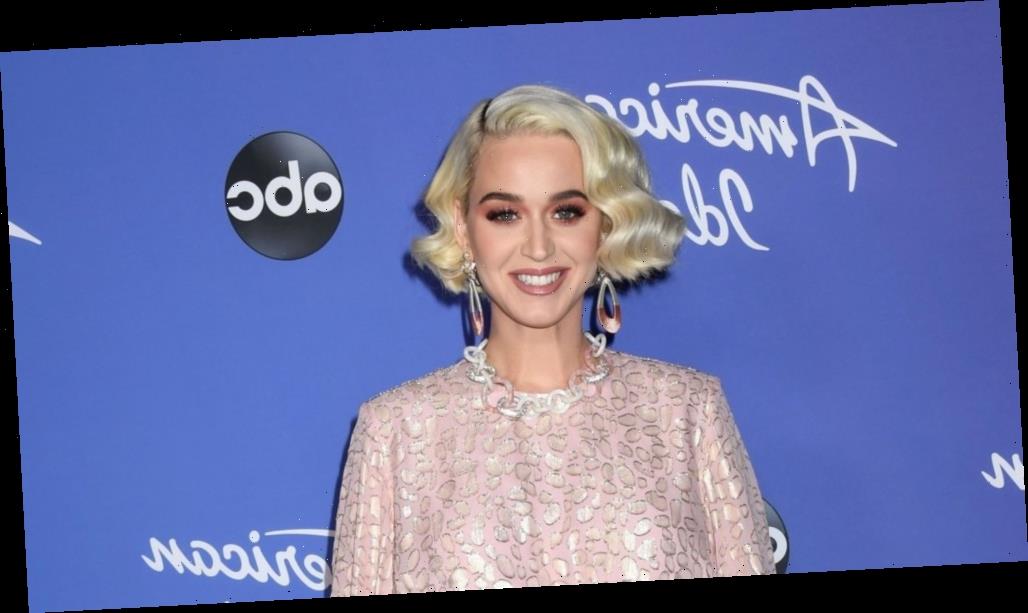 Katy Perry shocked the world twice over this week, with the simultaneous reveal she’s pregnant with long-term partner Orlando Bloom’s child (along with her biggest pregnancy cravings) as well as the release of her brand new single, “Never Worn White.” Via the stunning music video, Perry showcased three jaw-dropping pregnancy looks.

The singer teased fans about the big reveal on Wednesday, instructing them to go to her YouTube channel for a quick catch-up before the video premiered at midnight. A short teaser accompanied it, showcasing Perry in a white off-the-shoulder gown as well of a dress made of flowers. Fans immediately guessed Perry was pregnant and, soon enough, the rumors were confirmed in the most fabulous way possible.

“Never Worn White” kicks off with a little bit of Mendelssohn’s iconic “Wedding March.” The singer is filmed mostly standing in one place throughout, which is understandable considering she’s heavily pregnant. The first look, a flowing white, off-the-shoulder, billowy gown, is the most wedding-y of all her outfits.

It’s accented by an over-sized white caplet and sizable lapels, with Perry’s hair wavy and tousled around her shoulders. She confirmed in a chat with Sirius XM Hits 1 that this isn’t the lead single off her highly-anticipated sixth album — however, it’s certainly a tasty appetizer for what’s to come.

For her second look, the “Teenage Dream” hit-maker recalls Beyoncé’s iconic pregnancy announcement, as well as horror movie Midsommar (it may or may not be intentional, knowing Perry), in a headpiece-and-dress combo made entirely of flowers. It’s the most “Perry” gown of the video, equal parts sexy and quirky.

The singer revealed to Sirius XM that her mother actually ruined the surprise of her pregnancy announcement. Perry planned to put the news on a wine label, so she could bring the bottle, “To a dinner or something, or I would give it as a gift to a friend, like, ‘Here’s a nice bottle of wine!’ And they would get the reaction later.” However, her mother immediately discovered the custom-made bottles and foiled her plan.

For her final pregnancy look, Katy Perry reveals all

The final moments of the video find Perry lovingly cradling her growing belly in a strapless, bustier-topped gown with a gorgeous sheer skirt, the lyrics revealing that she’s finally ready to wear white as well as becoming a mother.

The singer explained to Siriux XM that, when she married Russell Brand, her dress was actually dove gray so this is genuinely the first time she’ll be walking down the aisle white. Perry also said she released the video as a pregnancy announcement as, “I was getting way too fat to hide it, so I was like, ‘Well, I think this song will be a great reveal!'”