Home » Everything We Know About the Flamin' Hot Cheetos Controversy & Biopic 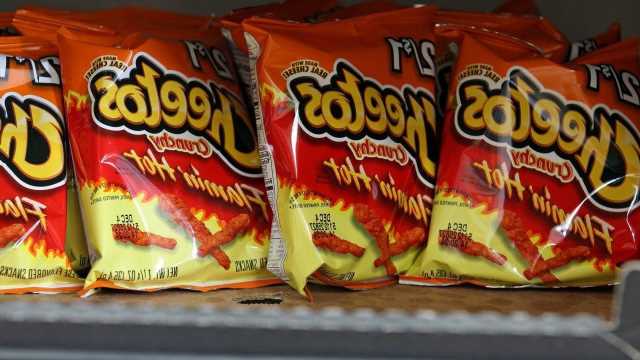 Everything We Know About the Flamin' Hot Cheetos Controversy & Biopic

That’s the question that has been circling after the Los Angeles Times published an explosive article digging into the snack’s presumed creator, Richard Montañez. In their investigation, Frito-Lay claimed that the former janitor did not create the product.

The news came on the heels of Searchlight Pictures and Franklin Entertainment’s announcement that they had found their two leads for the upcoming biopic, set to be directed by Eva Longoria. Montañez also has a memoir, Flamin’ Hot: The Incredible True Story of One Man’s Rise From Janitor to Top Executive, coming out in June detailing his underdog Hot Cheetos story.

Starting in the late 2000s, Montañez has claimed that while working as a janitor at Frito-Lay’s Rancho Cucamonga plant, he was inspired by his Mexican-American heritage and came up with the Hot Cheeto flavor. He believed in his creation and went straight to the chief executive to pitch his snack idea. After hustling and pushing for his new flavor creation, Flamin’ Hot Cheetos became a success and Montañez rose through the ranks. He has shared his story in countless interviews, motivational speeches and books, without anyone refuting his story, including Frito-Lay — until now.

WHAT DID FRITO-LAY RECENTLY REVEAL TO THE LOS ANGELES TIMES?

On May 16, the Los Angeles Times released its article that included a statement from the company calling Montañez’s story an “urban legend.”

“That doesn’t mean we don’t celebrate Richard, but the facts do not support the urban legend,” the statement concludes.

According to Frito-Lay, the snack was allegedly created by a team of professionals in 1989 at corporate offices of Frito-Lay’s headquarters in Plano, Texas. The company claims that a junior employee named Lynne Greenfeld got the assignment to develop the brand and came up with the name.

As for why nobody spoke up earlier about Montañez’s claims, the outlet noted that most of the original Flamin’ Hot team had retired by the 2000s. It wasn’t until 2018, when Greenfeld contacted the company after seeing that Montañez was taking credit for the snack, that Frito-Lay launched an investigation.

“We value Richard’s many contributions to our company, especially his insights into Hispanic consumers, but we do not credit the creation of Flamin’ Hot Cheetos or any Flamin’ Hot products to him,” Frito-Lay expressed.

The L.A. Times also spoke with 20 former Frito-Lay employees who were part of the snack’s development. None of them recalled any of Montañez’s story taking place. Most of them had their own versions though.

The piece further goes into detail about the invention of the product, company videos and marketing campaigns, with Greenfeld expressing, “It is disappointing that 20 years later, someone who played no role in this project would begin to claim our experience as his own and then personally profit from it.”

There is one person who backed up Montañez’s story and that’s Al Carey, a Frito-Lay executive who worked at the company while the snack was being developed. Carey became president and CEO of Frito-Lay North America in 2006, and has joined Montañez at events while talking about Flamin’ Hot Cheetos’ creation. Carey, who has since retired, also insisted that Montañez created the seasoning.

However, Frito-Lay contradicts what Carey said and stated, “According to our records, McCormick, Frito-Lay’s longtime seasoning supplier, developed the Flamin’ Hot seasoning and sent initial samples to Frito-Lay on Dec. 15, 1989. This is essentially the same seasoning Frito-Lay uses today.”

WHAT DOES MONTAÑEZ HAVE TO SAY ABOUT IT?

Shortly after the Times article was published, Montañez posted an Instagram video about writing “your own history.”

“I don’t care what room you’re in, there’s always somebody in the room that’s going to try to steal your destiny. They may even say you never existed,” Montañez says. “I want you to do this: Write down your history, because if you don’t, somebody else will. Remember that. And also remember this, the best way to destroy a positive message is to destroy the messenger. Never allow that to happen to you. I’m certainly not going to allow it to happen to me.”

Additionally, Montañez told Variety, “I was their greatest ambassador. But I will say this, you’re going to love your company more than they will ever love you, keep that in perspective.”

“I’m not even going to try to dispute that lady, because I don’t know. All I can tell you is what I did. All I have is my history, what I did in my kitchen,” he noted.

HOW DOES THAT AFFECT THE FLAMIN’ HOT BIOPIC?

Flamin’ Hot was announced by Fox Searchlight and Franklin Entertainment in early 2018. The Times reports that the producers of the film were informed of the Frito-Lay investigation in 2019 when the movie was announced. They decided to move forward. ET has reached out to Longoria and Searchlight Pictures for comment.

In a 2019 article by Fast Company, then Frito-Lay CMO Jennifer Saenz told the publication that they were not involved in the film, but did help piece together some of the historical information that existed on Flamin’ Hot Cheetos from the company’s archives.

“For a lot of associates, there is a lot of pride associated with being the company that has created such an iconic brand,” Saenz said at the time. “At Frito-Lay, and PepsiCo, a product or flavor extension is the work of a number of people across functions as diverse as R&D, sales and marketing, all of whom are proud of the products they help create.”

It’s unclear whether producers told Longoria about the Frito-Lay investigation. On May 5, Longoria confirmed that they had cast Jesse Garcia to portray Montañez and Gentefied‘s Annie Gonzalez to play his wife, Judy.

“Well hey you two @jessejohngarcia @annieggonzalez 😘 I’m SO excited!! It was so important for me to cast Mexican-American actors in these pivotal roles when telling Richard Montañez’s story authentically,” she wrote on Instagram. “I’m beyond lucky to be able to work with them in creating this beautiful film! @hotcheetosrpm #FlaminHot.” 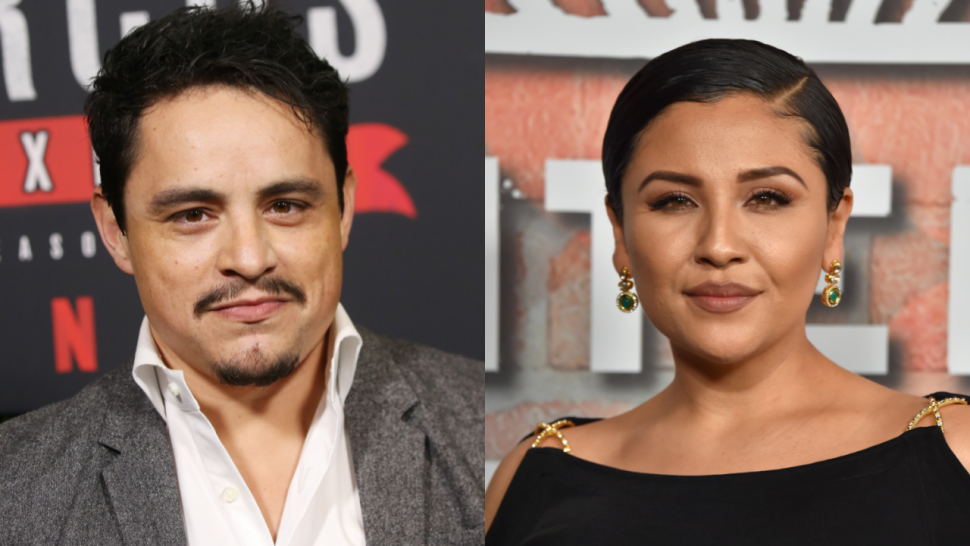 “I think enough of the story is true. The heart and soul and spirit of the story is true. He is a guy who should remain the face of Flamin’ Hot Cheetos,” Clark told Variety, calling the Times story “a hit job on a really fine upstanding individual who’s an inspiration to the Latino community for justifiable reasons.”

“Did Richard embellish a little bit? Was his memory faulty here or there? Who knows. The truth is the product,” he said, adding that Frito-Lay cooperated in the production and gave him and producer DeVon Franklin a tour of the Rancho Cucamonga facility where Montañez worked. “They laid out the red carpet for us. There was no talk of, ‘You guys are writing a movie about a guy who had nothing to do with Flamin’ Hot Cheetos.'”

Colick mentioned that he does not know if the story would be modified before filming. “It’s just a great story. For it to be sullied this way, it’s just a shame,” he said.

Production is set to begin this summer.

HOW DID PEOPLE REACT TO THE NEWS?

People on the internet have mixed feelings about the Times reporting. Many questioned the findings and the motive behind the investigation, while others are now fascinated with finding more about the Flamin’ Hot Cheetos origin story.

“LA is in an enormous homeless crisis. We have a sheriffs department full of gangs. We have a corruption scandal at City Hall. Our local paper is investigating *check notes* the origins of Hot Cheetos?” Cerise Castle wrote.

“I cannot tell you how much I enjoyed this piece from the @latimes. I honestly never once thought about where Flamin’ Hot Cheetos came from, or who invented them. This piece made me care. It’s super well done,” Aron Pilhofer wrote.

The more time I spend thinking about how the LA Times spent a year to try to discredit the man who inverted Hot Cheetos, Richard Montanez, the more upset I get. They just can’t stand us winning, so now that he’s got a book and a movie they are looking under rocks. 😡.

It is skeptical about Montañez claims but it is not equally skeptical of the claims of the white folks that are saying he never did this. It then takes their perspective and elevates it as fact.

This! If Mr Montanez were to be a White man would @latimes spent a year investigating? With all the issues happening in LA they chose to spend a whole year on who “invented” hot Cheetos!? I can’t. But @karlitaliliana take is spot on https://t.co/pAofCQviw2

For the record: What’s most upsetting to me about Richard Montañez not being the inventor of Hot Cheetos is that LA Times committed a business journalist for more than a year to take down a local Latino hero when there’s so much more corruption to be investigated. #bagofchips

The nutshell is a Latine employee says he brought the idea for Hot Cheetos to Frito Lay, and the LA Times invested a lot of effort into discrediting the claim, including a statement from FL. Now, though, FL is backtracking and saying, oh wait, maybe he did have a part in it.

L.A. Times dedicated a year, no months, no days😅 to this Hot Cheetos story, doubled down with another column, then scrapped their new podcast episode & dedicated it to this Hot Cheetos controversy. & now they act like everyone is overreacting but them. "We're Doomed" 😂 https://t.co/ycjXEYLqRy

the year is 2049. after decades of war the machines are sending T2000 back in time to find the real inventor of the flaming hot Cheeto

I cannot tell you how much I enjoyed this piece from the @latimes. I honestly never once thought about where Flamin’ Hot Cheetos came from, or who invented them. This piece made me care. It’s super well done.https://t.co/kjC0WDxE7l

Everyone today learning that Richard Montañez is not the creator of Flaming Hot Cheetos like he claimed to be according to the LA Times. pic.twitter.com/cE4712VIXM

Other investigative reporters have also attempted to dig further into the real story behind the making of Flamin’ Hot Cheetos and what Frito-Lay has said in the past.

Despite multiple direct questions and invitations to do so, Frito-Lay did not directly deny Montañez’s involvement in creating Hot Cheetos. However, they did suggest that two independent teams could have worked separately to create the product. I mention this in the piece. 2/14

Plano-based Frito-Lay released a public statement today about Richard Montañez which praises his contributions to the company but doesn't say anything of substance about the Flamin' Hot Cheetos controversy kicked off by an @latimes investigation.

In October 1990, a reader asked @statesman's Ellie Rucker what made "flaming hot Cheetos" so hot. That doesn't necessarily contradict Richard Montañez, who's sometimes claimed he began developing the idea in 1988 (but sometimes claims 1990… memory is funny sometimes). pic.twitter.com/fu0CzvgAI9