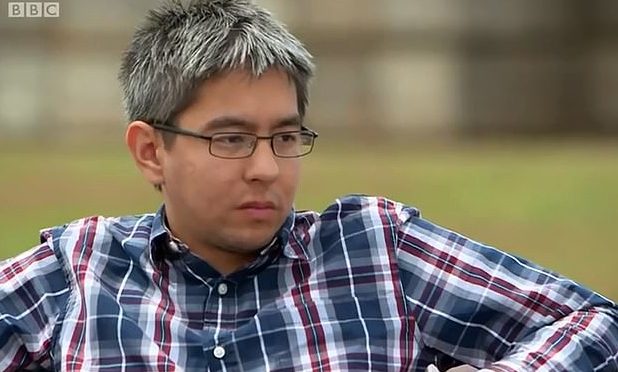 Stephen Kish, 32, sobbed in the dock before admitting to possessing the extreme images, at a hearing in Chichester, West Sussex.

Kish was previously known as Sizzlin’ Steve on the CBBC show Officially Amazing.

The court heard that police found six grossly offensive images on his phone and his computer, showing a person having sex with an animal.

Kish, who ran Brighton-based dog boarding business Tails of Love, spoke only to confirm his name and enter a guilty plea at Lewes Crown Court.

The charge states that he possessed an extreme pornographic image, which portrayed in an explicit and realistic way, a person performing an act of intercourse or oral sex with an animal.

Police found the images in September 2018.

Last year, Kish denied the charge and was set to face trial in January, after court delays due to the coronavirus pandemic.

However, he changed his plea to guilty, and was bailed to be sentenced in October.

Kish, from Hove, holds more than 50 world records, including the highest-ever score in Pac-Man and most toots in 30 seconds of a party horn.

The show ran for eight series between 2013 and 2018 and was created by independent production company Lion TV for CBBC.

The episodes were removed from BBC platforms following the allegations against Kish.