Home » Celebrities » Frank Gardner: BBC journalist says ‘I’d be a rotten spy – I like telling stories too much’

Frank Gardner: BBC journalist says ‘I’d be a rotten spy – I like telling stories too much’

Frank Gardner warns Russia's ICBM's could wipe us out

THERE is a point in Frank Gardner’s highly prescient new novel when his hero Luke Carlton, a former Special Boat Service commando turned intelligence agent, is about to leave for Moscow on a mission of global importance only to be told by an MI5 lawyer: “I don’t think you can go.” When Carlton queries this, the paper-pusher warns him: “You still haven’t done your unconscious-bias course, have you? It’s mandatory, you know.” It’s a moment of light relief in an otherwise gripping race-against-the-clock spy thriller but, given the way his detailed research jumps out of every page of Outbreak, was this eye-rolling moment something Gardner came across in real life?

He laughs: “That’s just a bit of mischief I put in, but that kind of thing does happen.”

So in modern parlance the security services are “woke” organisations?

“They are, especially MI5 which has won a lot of awards recently for its diversity and inclusion,” Gardner explains. “GCHQ is incredibly inclusive.

MI6 are a little slower but they’re catching up. The chief of MI6 recently gave a public apology to LGBTQ+ people for the discrimination they had faced in the past, both in trying to get into MI6 to work for it, and those who were discriminated against in there.

“The intelligence agencies, especially MI5, have made a big trawl for people from different communities so they can better understand what’s going on ‘upstream’ as they say.

It would be absolutely pointless for MI5 to be all white and middle class. They need to be reflective of British society.” 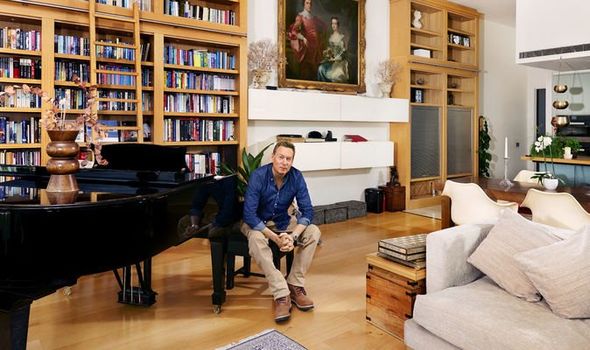 Gardner, 59, the BBC’s veteran security correspondent, is a case in point.

Having grown up in a well-travelled diplomatic family (his father, a gifted composer, was recently revealed to have worked for MI6), he attended Marlborough and then took Arabic and Islamic Studies at Exeter University before being scouted by MI6.

“I still get this today, there are people who think, ‘He speaks Arabic, he went to a posh school, he’s bound to be a spy’.

I never have been and never will be,” he says, forcefully. “I’d make a rotten spy because I like telling stories.

If I’m not broadcasting I’m writing novels. Remember, the notion, ‘So-and-so must be alright because he went to a good school and went on to Cambridge’, was what led to Philby, Maclean, Burgess… all those traitors, those double agents.

“There’s nothing heroic about what they did. And you’ve got to be a special person to lead that double life.

I’m sure it’s exciting and dangerous in parts but most of the time they’re in front of laptops or in meetings. I couldn’t cope.”

Instead, after a spell in investment banking, Gardner joined the BBC where he has now worked for 26 years.

Given its fictional clairvoyance – Outbreak features a deadly virus – it’s a surprise to hear he started his new book in December 2018.

“I’d hate for anyone to think I was in any way profiting from this dreadful pandemic,” he explains.

“I’d written a structure and a basic storyline months before Covid, and I interviewed a lot of medical people in 2019, asking, ‘What would happen if…?’

“Then along came coronavirus and I had to go back and include references to Covid.

There may be some readers who are turned off, ‘Oh not another pandemic, I’ve had enough of that’, while others may be curious.

“As long as I make it clear this is not a novel about Covid, it’s not a medical drama, it’s a spy thriller.” 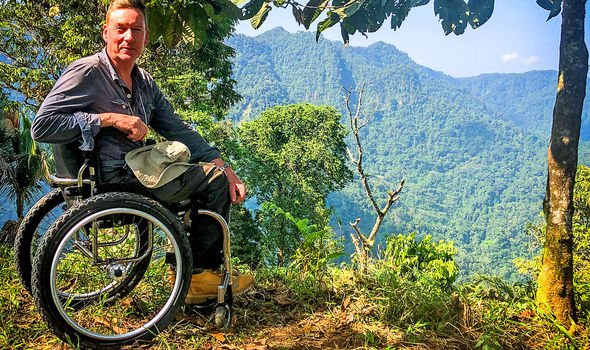 In fact, Outbreak is an explosive roller-coaster ride of a book, whizzing between Norway’s Arctic Svalbard archipelago and London, Moscow and Lithuania with barely a pause for breath. The release of a deadly virus has killed several scientists and Carlton must uncover and stop the perpetrators before millions die.

Gardner might not have joined MI6 like his hero, although he is a Major in the Territorial Army, having served in the reserve infantry, but he prides himself on the authenticity of his thrillers, explaining: “Although I’ve had no official help, I’ve been able to interview former Royal Marine Commandos, SBS people and so on who have worked in that arena.

“They’ve not given away any secrets but rather an idea of the language, some of the nuances, the trademarks and the habits. I’ve been to Svalbard up in the Arctic twice, so I know what it’s like there. I also did reconnaissance to Vilnius in Lithuania.”

Tragically, he also has a deeply personal first-hand experience of terrorism, having survived been shot six times at point-blank range by Islamic extremists in Riyadh, Saudi Arabia, in June 2004.

The attack killed his BBC cameraman, Simon Cumbers, 36, and left him 42-years-old and unable to walk without the aid of callipers.

No matter how talented they might be, the vast majority of writers have never been shot and I wonder aloud if this terrible experience and its consequences have added something unique to Gardner’s creative process?

“Most people wouldn’t dare ask that,” he says, generously. “I don’t really think of it that way but I was a part-time soldier so I’d got used to guns and noise and bangs and things.

When I was in hospital for seven months, a friend sent me the DVD of Collateral, with Tom Cruise as this hitman going through LA.”

He smiles: “It was a completely inappropriate DVD to send someone who’d just been shot, but that’s the kind of friends I have, the sender’s a very good mate.

There’s a scene where Cruise shoots dead several people in the street. I replayed it several times because it was such a shock to see and to think, ‘Wow, the last time I heard a pistol being fired it was being pointed at me’.

I just thought, ‘I need to inoculate myself against bangs because I don’t want to jump every time a car backfires or there’s a gunshot on television’.”

Incredibly, despite appalling injuries which still cause severe lower leg pain, Gardner was back reporting within a year of the attack, and has returned to Saudi several times, though not the scene of the atrocity.

But he relived it with stoic optimism in his bestselling memoir, Blood and Sand, in 2006 – the first chapter was titled, with dry irony, “Hit for six” – going on to publish his first bestselling Luke Carlton novel, Crisis, in 2016.

Today, he is talking from his spacious riverside flat in West London, complete with the beautiful grand piano he inherited from his father Robert.

He doesn’t play – “I was taught piano when I was four by a horrible woman who, if you got a note wrong, slapped your hand, which put me off for life” – but one of his pleasures is waking up to the “lovely sound” of his daughter Sasha, 22, playing.

Gardner, who separated from his New Zealand-born wife of 22 years, Amanda Pearson, in 2018, and is now dating BBC weather presenter Elizabeth Rizzini, says one silver lining of lockdown has been having Sasha, and her older sister, Melissa, 23, at home.“

It’s just been fantastic, and not having to worry about one of them being in some club at the other end of town at 4am.” 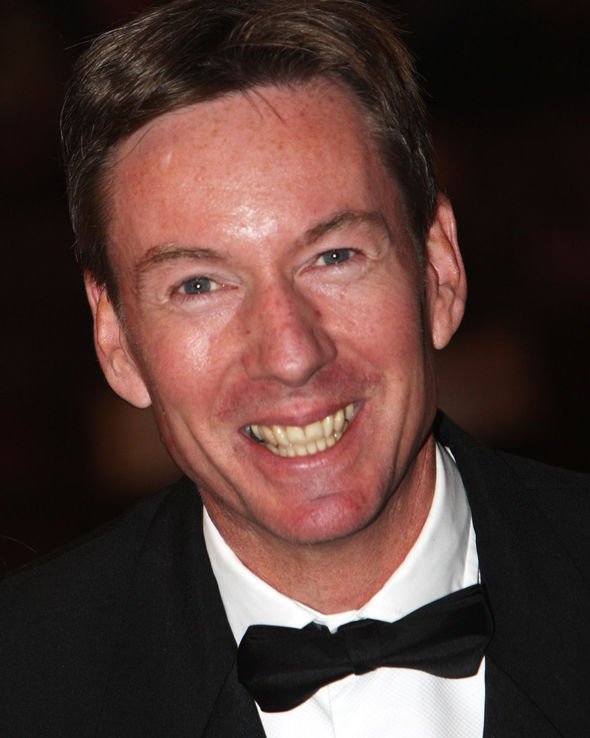 For someone who travels abroad around 12 times a year, he admits his day job covering security issues for the BBC has been on the slow side during the pandemic.

“The positive side has been not having to commute, not spending hours sitting in traffic. And fewer planes overhead has definitely been welcome.”

Fortunately, Gardner has had his family, friends and writing to keep him busy.

Outbreak is the third of his Luke Carlton novels and fans will be relieved to learn he has just signed a new three-book deal to continue the series.

While a broken lift in his building has kept him at home recently, he has not suffered especially during the pandemic.

“I’ve been double vaxxed but that’s simply because of my age. I have a perfectly normal respiratory system, heart and lungs, it’s just my legs are paralysed,” he says.

“So it hasn’t made a difference and certainly last year, when we had the first lockdown and a fantastic spring, I was doing a lot of exercise outside.”

In fact, a strenuous post-shooting physical regime has given him an enviable six-pack, as evidenced when, he jokes, he “did a Putin”, being filmed horse riding without a shirt in Colombia for a documentary.

As well as riding, he skis, scuba-dives, hand- bikes and travels frequently, keeping impressively busy for a man in daily pain.

“One of the bullets damaged the nerves that come off the spine down to the legs so I get a huge amount of neuropathic pain which can strike at any time,” he says.

“It can sometimes feel like somebody taking a hammer to the inside of my knee. I don’t let it stop me working or travelling or living life but it can be hard.”

His lowest point came after he transferred to the spinal injuries unit at Stanmore hospital in north London and, after “jabbing a pin into pretty much every part of my body”, doctors broke the news he wasn’t going to walk again.

“This was about four months after being shot and I had always believed that with hard work and physio and perseverance in the gym I would get my full capacity back.”

Since the shooting, violence in films has become ever more choreographed. Does he think we have become desensitised?

“I think we possibly have. I’ve thought very carefully about how graphic I’m going to be in my action scenes and tried to avoid gratuitous violence.

You can’t have a thriller without some kind of violence but I’ve not dwelled I hope on too much gory detail. You put in the minimum and leave it up to the imagination.”

Having become president in 2019 of the British Trust for Ornithology, scientific companion to the RSPB, Gardner is increasingly passionate about nature. Just don’t call him a twitcher.

“I’m a ‘birder’,” he laughs. “‘Twitchers’ are like trainspotters, they’re really obsessive. They will drop everything to go across the country to add a bird to their list.

“What I enjoy is being in wild areas like Papua New Guinea or Columbia, observing nature and photographing it.”

For a man of action, such peace is profoundly important.