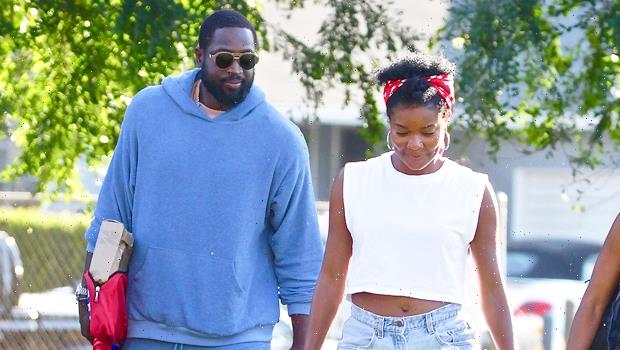 Dwyane Wade and Gabrielle Union are having the time of their lives on the ‘Wade World Tour’ as they yacht around the Mediterranean.

Dwyane Wade, 39, and Gabrielle Union, 48, have jetted off on a European getaway, and appear to be enjoying every moment of their “Wade World Tour.” The former NBA star, and the Bring It On actress were all smiles as they posed for a series of new snaps while vacationing on a yacht in the Mediterranean. Dwyane took to Instagram on August 25 to share pics of himself and Gabby getting cozy in front of the yacht railing, while laughing and smiling sweetly at each other.

The actress opted for a pair of lemon-hued short shorts, which she paired with a matching yellow bikini top as she pulled her hair back into a half up-half down ‘do. Earlier in the week, she posted a video of her and Dwyane kissing while in swimsuits, as he gave her backside a little squeeze. Gab captioned the adorable video, “Stop playin wit that man!!! #wadeworldtour2021 #wadeswithfriends #canirelax.”

The couple, who tied the knot in 2014 and share daughter Kaavia James, 3, have also posted posted a series of other photos from the trip, as they partied with pals, rode jet skis, and relaxed on large floating devices in the ocean. In one such snap, she and Dwyane sipped rosé on the back of an inflatable flamingo. 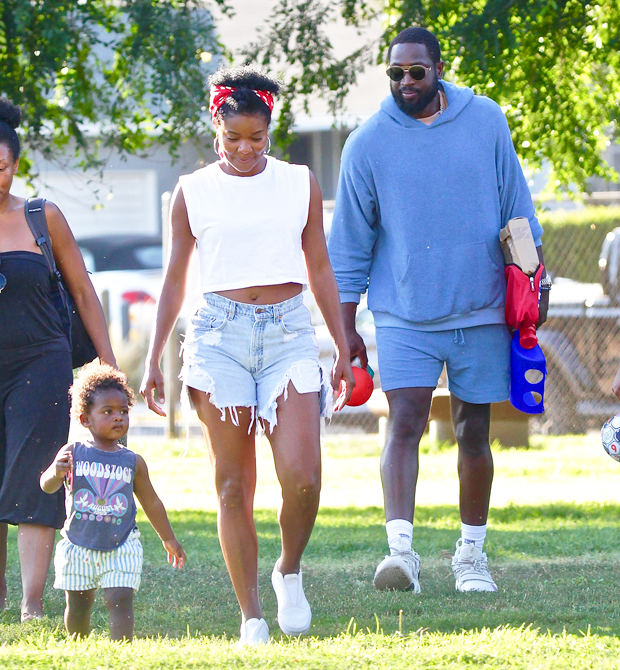 In the second photo she posted, Gab was seen climbing a ladder onto a boat, offering fans a full-view of her gorgeous two piece swimsuit. A third snap showed the former Miami Heat point guard flashing a peace sign, and kicking back on the floatie. The pair have certainly been living it up this summer! Prior to their luxurious European getaway, Dwyane and Gabrielle were two of the many celebrities who attended former President Barack Obama‘s 60th birthday party in Martha’s Vineyard, and they shared a kiss before boarding a private jet after the event.