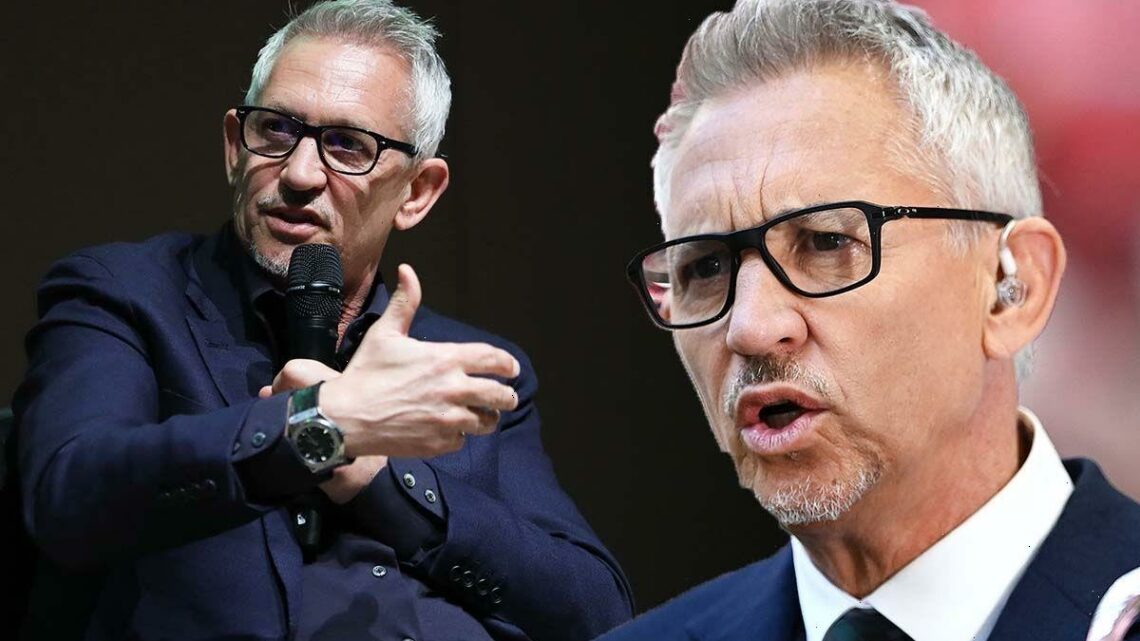 Gary Lineker, 61, took to Twitter earlier today to issue a warning on the “terrifying” effects of climate change amid the ongoing heatwave. The Match of the Day presenter claimed that the lack of action was a “catastrophic mistake”, sparking backlash from other social media users.

Gary retweeted a post featuring a screenshot of a headline that claimed Britain was set to go “into meltdown over 106F hottest day ever” on Monday.

The screengrab was accompanied by a caption written by Twitter user, MrMatthewTodd, who said: “You know this is just the beginning, don’t you?

“Talked to some famous people last night who didn’t understand that almost all climate scientists agree, and what eventually comes is crop failure which leads to civil unrest and widespread violence. Watch Breaking Boundaries asap.” 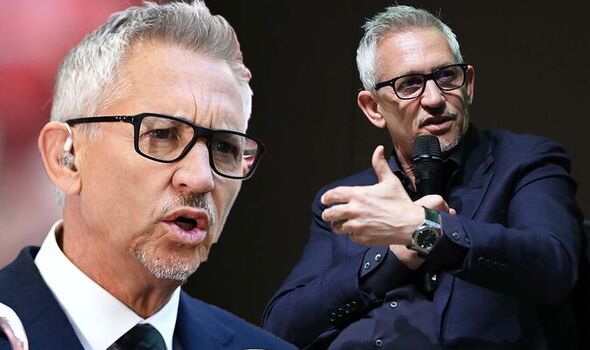 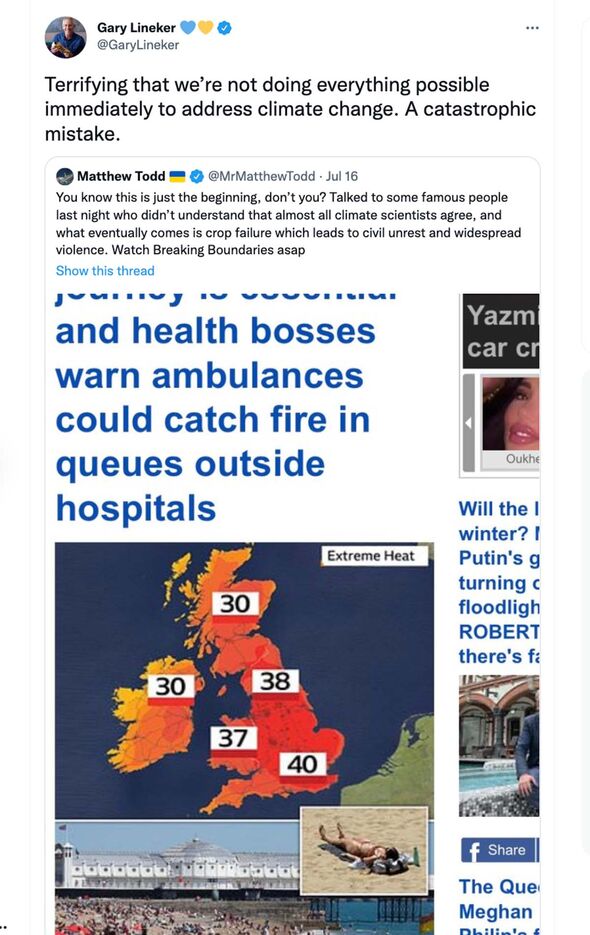 Gary appeared to throw his support behind the message as he added that the situation was “terrifying”.

Professional boxer Anthony Fowler was among the online users who differed with the former professional footballer, accusing him of “pushing an agenda”. 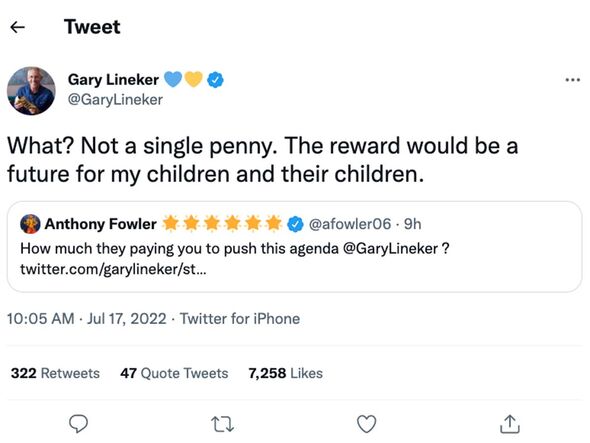 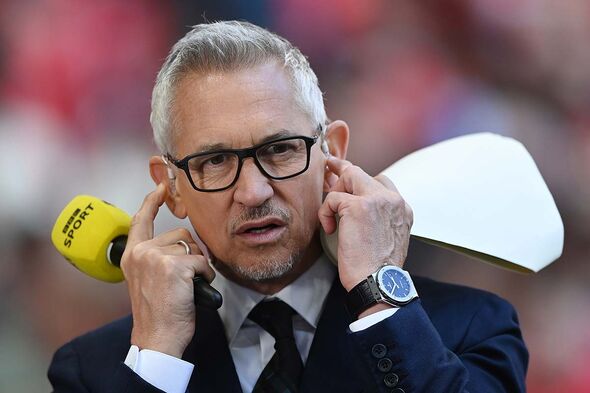 He tweeted: “How much they paying you to push this agenda @GaryLineker ?” (sic)

Gary soon hit back, explaining that he wanted to raise awareness for future generations.

He penned: “What? Not a single penny.

“The reward would be a future for my children and their children.”

But Gary’s remarks sparked debate as some accused him of not doing his part to help stop climate change, while others pointed out the changes he had introduced to his life to avoid contributing to it.

Ferafestiva23 said: “Yet you still drive that Merc and are flying to Qatar.

“When you start practising what you preach people may be more inclined to listen. Don’t you get that?

“We’re fed up with being lectured on our carbon footprints by people who ignore their own.”

WeirdWizardDave fired back: “Good news, he got rid of that Merc and bought and electric mini.

“So now he’s practicing what he preaches I look forward to you listening to him.” (sic)

VR46GAZ tweeted: “Gary we are bored of it already, it’s called a summer….

“We haven’t had one for years in the UK, just enjoy it!!”

Police officer is filmed punching a man on a bus