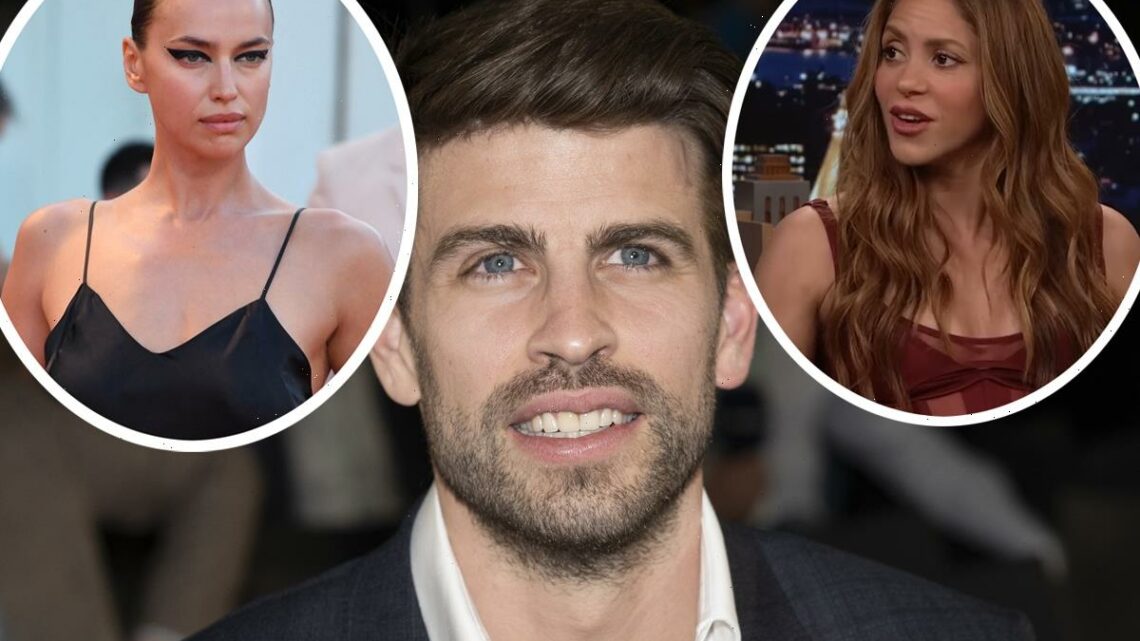 Shakira might not be too happy about this news! And neither will Bradley Cooper!

As you most likely know by now, Shakira and Gerard Piqué have been in the middle of an increasingly messy breakup. It all started last year when rumors began circulating that Shakira caught the footballer in bed with another woman and ended things with him. The pair then confirmed they were separating in June 2022 after nearly 11 years together. But things became intense months later when reports came out that Gerard had an affair with Clara Chia Marti, the woman he has been dating in public since the breakup.

Apparently, Shakira found out the 35-year-old athlete cheated on her when she realized someone dug into her jam — a claim she apparently alluded to in her music video for Te Felicito. Per ShowNews Today, she came home from traveling and discovered that some of her strawberry jam was gone, and she knew it wasn’t Gerard or their two kids since they all hated it. That was her jam. This led the 45-year-old singer to believe someone else — another woman — had been there. Wow, we’ve heard of cheaters getting caught because of missing condoms, but missing condiments??

That suspicion was apparently corroborated much later when eagle-eyed fans caught Clara in the former couple’s home, spotting her in the background of a resurfaced Zoom interview Gerard did way back in 2021. Yikes!

The pair have been battling it out lately, with Shakira releasing multiple songs about the split, including the new diss track BZRP Music Sessions #53 that slammed her ex-beau and Clara. The She Wolf artist also blasted the song while having a witch mannequin posted outside her house and facing her mother-in-law’s home. So petty!

Things have been very messy between the exes. Despite the drama, though, Gerard seems to be brushing it aside as he was spotted hanging out with yet another new woman! Who, you might ask? Well, that’s the fascinating part…

It’s none other than Irina Shayk!

According to Page Six, Gerard and the 37-year-old supermodel were photographed getting cozy together during an NBA game in France on Thursday. He even wrapped his arm around her as they posed for the cameras. You can see the snapshot from the outing (below):

Umm… Whatever happened to Irina getting back together with Bradley!? Last we heard, they were not officially a couple again but were “hanging out more together.” They were even caught walking around New York City in November, and they could not keep their hands off each other — Irina even grabbed the 48-year-old actor’s butt at one point! More than that, Bradley and Irina — who already share their 5-year-old daughter Lea De Seine Shayk Cooper — reportedly were hoping to expand their family soon. So what gives?!

Of course, the model and Gerard’s interaction could have been nothing more than two friends hanging out and posing for some pics together. But they sure looked pretty cozy! And we wouldn’t put it past Gerard to step out on his current girlfriend given his history… Let’s just say Clara should keep an eye on her fridge.

What do YOU think, Perezcious readers? Wonder how Shakira must feel about this! Let us know in the comments below!

Listen To This: Longing!

People are only just realising they’ve been saying these ten words wrong – so how many can you pronounce correctly? | The Sun
Recent Posts