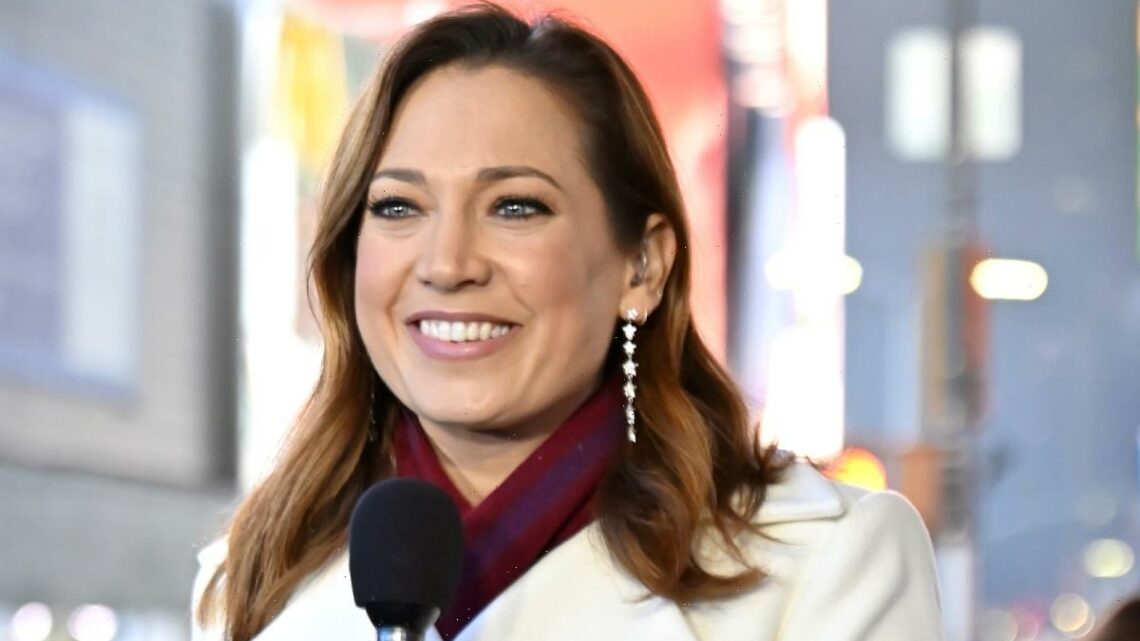 Ginger Zee has had an incredible career in journalism and meteorology, and she marked a major milestone regarding the same on social media with her fans.

The Good Morning America star shared a side-by-side photograph of herself in the present day with a rare throwback of a younger version of herself from ten years ago.

She revealed that the younger Ginger’s picture was taken on her first day at GMA as she celebrated ten years with the ABC morning news staple.

WATCH: Ginger Zee wows in a romper and Ratatouille hat at Disney

Ginger also included a tweet from colleague and friend Brad Edwards, who reminded her of the moment while also writing: “Glass Ceiling shattered a decade ago. Proud of her.”

ABC’s chief meteorologist reflected on the moment in the caption of her post, writing: “Left: first day on GMA. Right: now on GMA. 11.7.21 – TEN YEARS OFFICIALLY AT ABC NEWS. (Thanks for the reminder @tvbrad )

“I would have so much to tell the young woman on the left… but I wouldn’t. It’s been too fun to live it all. Even the crappy parts. Storms really don’t last forever. Grateful for it all. Ok, maybe I would tell her to be a little less heavy handed with the highlights.

“Grateful AND more energized than ever to keep dreaming, doing and making it better than that woman on the right can even imagine.”

Fans and friends took to the comments section to congratulate Ginger on an incredible career with GMA and praise her talents as a journalist and on-screen presence.

MORE: Ginger Zee fires back at upsetting criticism of her

MORE: Ginger Zee dons the most striking dress for a heartfelt cause

Colleague Danielle Breezy wrote: “Congrats on 10 years and cheers to many more! Thanks for leading the way for strong women chiefs! Proud to call you my friend,” and GMA co-worker Samantha Wnek said: “What a decade, we’re the lucky ones!”

A fan commented: “So glad you made the decision to come to ABC. You’ve made a difference,” with another saying: “My girl miss zee. Looking good,” and a third also writing: “WOOOOO! Yay for decade #2 to be even better!”

Ginger has been making waves with her career, only recently revealing that she’d received an upgrade to her title, having taken on the role of Managing Editor of a new climate unit for ABC.

Disney+ drops to lowest EVER price, and that’s not the only reason to be excited
Recent Posts